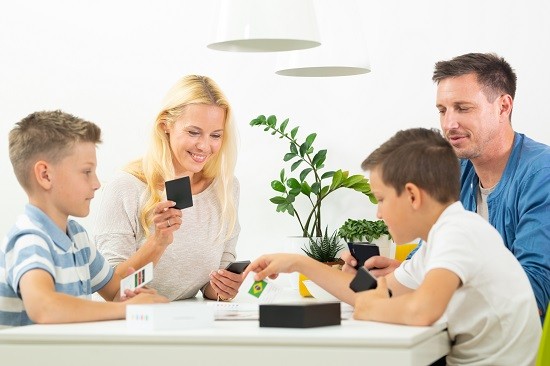 In the age of the internet, there are a lot of ways to pass the time. Just having a smartphone and a WiFi connection gives one access to a plethora of “time-killing” possibilities. However, since smartphone use has been linked to poor mental health, it may be wise to look at alternative leisure time activities.

Before high-speed internet and handheld devices, many people resorted to card games to while away a few hours. These activities have been neglected in the past decade, especially by the younger generations.

Card games are more than just a way to ward off boredom. They may provide the players with numerous mental health benefits, which I will discuss in the following paragraphs.

If you want to learn how picking up a deck can be good for you, here are 7 surprising mental health benefits of playing card games. Read on.

Card Games Are Great Exercise for the Brain

Similar to chess, go, or other traditional board games, playing cards works your brain. Individuals of all ages can benefit from this, but the elderly will probably get the most out of it.

Our brain ages along with the rest of our body, which often results in cognitive decline. It is vital to keep the mind active if you want it to remain sharp in old age.

Card games require strategic thinking and problem-solving, which challenges one’s cognitive abilities. In other words, cards put a good kind of strain on your brain and help maintain mental hygiene.

Unfortunately, it’s unlikely that playing cards can prevent the formation of diseases like Alzheimer’s. According to Keith A. Josephs of the Mayo Clinic in Rochester, Minnesota, cards, board games, and puzzles may only delay the onset of symptoms.

The bright side is that such a delay helps a person function on a higher level for a longer time.

Loneliness is a phenomenon that’s growing more prevalent each day. Research by a global health services company Cigna suggests that three in five Americans feel lonely. Loneliness goes hand in hand with conditions like depression and may even accentuate them.

While some card games like Solitaire can be played alone, most require several players. This means that while you are playing, you will also be socializing. The card game makes conversation flow naturally and easily, which can be a great way to develop new or strengthen old friendships.

It’s also a good opportunity for shy individuals to enjoy a casual chat, which may help boost their confidence.

I’m sure I don’t need to convince you how day to day life can be stressful. Work, chores, exercise, family activities – these are just a few things on almost every adult’s daily to-do list. Sometimes, people get worn out by their routine, which can have a negative effect on their health.

Call for a Free Confidential Assessment

An old saying goes, “You should relax as hard as you work.” This is where cards can help. While card games are not the only way to unwind, they are a great choice.

The game will take your mind off of its usual concerns and make you focus on playing your next move right. It will put you in the “flow state” as coined by Dr. Csikszentmihalyi, which is connected to heavy concentration, clearheadedness, and happiness.

Aside from that, if you play with a real deck instead of using a computer, you will be sparing your eyes from the harmful screen light.

Cards definitely will not make all your stress go away, but they will help you relax and rejuvenate after a long day.

What many people don’t realize is that it takes skill to play certain types of card games. Bridge is perhaps the most famous example of this, but there are many others too.

Each time you learn a new card game, you’ll be learning a new skill. As you may know, such learning stimulates the neurons in the brain and creates new neural pathways. Besides this, CCSU Business & Development claims that practicing a new skill increases the density of the white matter in one’s brain. This should result in improved performance on a number of tasks.

But you don’t have to try a new game every time you pick up a deck. Playing old favorites allows you to hone your craft and figure out new tricks. The more you play, the better you’ll get, and the progress is what’ll keep the game interesting.

Some people find it hard to deal with losing, whether it being in a game or other aspects of life.

In extreme cases, the shock of losing is so great that it makes the person aggressive and even violent. Due to this, it is vital to learn how to cope with the emotions that come with being defeated.

Cards are the ideal platform to make peace with not being a winner all the time. Aside from making you learn how to deal with negative emotions, losing presents an opportunity to figure out your mistakes and become a better player in the future.

Card games require extreme focus, especially when playing with contenders of equal or higher skill level. The players need to concentrate on every single hand played if they want to maximize their chances of winning. It’s not uncommon for players to spend hours in such deep concentration. The benefits that one reaps from this are increased discipline and patience. Without those two traits, a player would likely make poor decisions and end up losing.

Many of the popular card games require memorizing, so if you play them often, you will be working out your short-term memory. As a result, you may improve your memorizing capacity, which can have a carry-over effect in real-life situations.

Pressure in Head From Anxiety

How the Equality of Peer Support Helped Me

How the Equality of Peer Support Helped Me