Can I avoid jail time if I go to rehab?

by The Recover
in Questions about Rehab
2649 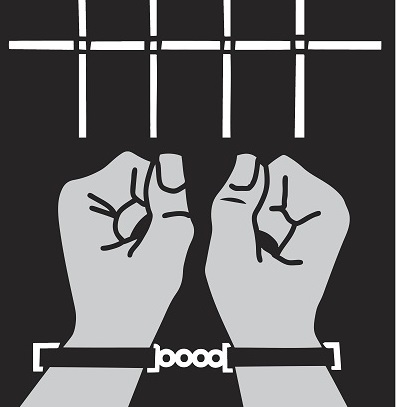 Individuals should never use a drug or alcohol rehab as a replacement to avoid punishment. Addicts often wonder if they can go to rehab instead of serving jail time. Jail can be avoided for some first-time offenders and other drug-related offenses. Attending a long-term rehabilitation center can be an alternative form of punishment. Rehabilitation instead of incarceration is becoming more widely recognized and is rationally better for society and more practical and economical for people to complete a treatment program than it is to incarcerate them.

Arrests can sometimes act as a form of intervention on individuals who are abusing or addicted to drugs. Getting help instead of going to jail or prison is commonly a greater alternative and is in the best interest of everyone concerned with a substance abuse recovery program in lieu of straight jail time.  Necessity of Drug Courts are firm because the road to recovery is not easy.  An applicant is often tested and must go to substance abuse recovery meetings and make regular court appearances.

If you’re charged with a non-violent drug or alcohol related crime, there’s a good chance that you can refrain from prison by compromising and agreeing to get treatment for addiction as an alternative.

Rules fluctuate by jurisdiction, but normally, the three easiest ways you can get treatment and avoid jail is:

1.       The judge in an accustomed criminal court may punish you to some arrangement of addiction treatment as a part of your sentence.

2.       Your lawyer may compromise with the prosecutor prior to you being present in court so that you can complete treatment in a timely manner as part, or as all of your punishment.

3.       You may have the chance to attend drug court instead of an average adult criminal court.

Are You Eligible for avoiding jail and getting Addiction Treatment Instead?

The answer is maybe, different sentencing laws depend on jurisdiction. You should talk to your lawyer about the likelihood of getting alternated to treatment instead of going to jail, primarily if:

•         You’ve been arrested on a drugs crime, were under the influence of any substance when you committed your crime, or your drug or alcohol addiction contributed to your committing of a crime.

•         You are willing and able to follow any assigned treatment

Accepted drug or alcohol addicted individuals may be appointed to Drug Court in lieu of traditional justice system case processing. Drug Courts keep individuals in treatment long enough to see change, while looking after them closely and carefully.

For a minimum term of one year, guests are:

•         Supported with accelerated treatment and services that require you to get sober and stay clean.

•         Held responsible by the Drug Court judge for meeting their criteria for court, themselves and their families.

•         Required to appear in court regularly so that the judge sees their progress; and

•         Rewarded for doing well or punished when they do not follow rules given.

Who is eligible for drug court? Will rehab help my court case?

To be considered eligible for the Drug Court a person must:

•         be apt to being sentenced to imprisonment fulltime if guilty

A person is not eligible if he or she is:

•         suffering from a mental condition that could anticipate or confine involvement in the program.

A Local or District Court in a specific city or town must assign offenders who meet the Drug Court eligibility criteria to the Drug Court. The earliest referral is by a telephone call. Before the offender is brought to the Drug Court, the Drug Court Registry staff carry on an initial qualification screening based on the person’s age, home location, and suggested court.

In the U.S, each state has its own laws and punishment for drug crimes. If you want to consider drug rehab an option, it will only be attainable in states with laws that associate drug treatment options. States that don’t give you the option of drug rehab, may have different requirements that allow you to take advantage of this option. Some states demand you to enroll yourself in a drug rehab program before being released from jail. Referrals can be made for you through court systems associated with local rehabs. Opinions on drug crime are uncertain. Two-thirds of Americans would like to see drug offenders enter programs that focus on rehabilitation and sobriety rather than going to jail. In the last 13 years, research has shown that majority of Americans view drug abuse as a serious issue. Most Americans believe that this crisis should be resolved.

Sixty-seven percent of those that took this survey believe the Obama administration should prioritize and give treatment to those that use illegal drugs rather than punishing them. Only 26 percent agree that jail time is effective. The percentage of people who believe governments should give mandatory sentences for drug crimes increased from 47 percent in 2001 to 63 in 2014. This change in opinion now focuses on the question of how to deal with drug offenders in a way that benefits themselves and their communities rather than sending them to jail and having nothing resolved.

Research has also proven that last month, the U.S. Sentencing Commissioner advised to diminish the suggested sentences for federal nonviolent drug crimes. This reduces the average prison sentence by 11 months and will administer almost 70 percent of defendants in federal drug offenses. It would cut down 6,550 prisoners from the system in the period of five years.

The Commissioner’s idea is connected with other government issues that hopefully resolves the punishment for drug criminals. The Smarter Sentencing Act is a bill that would cut current punishment in half and also let judges make the decision with caution before allowing jail time to lower-level defendants, in anticipation of limiting the cost of incarceration and overpopulated prisons.

Congress takes the debate of jail time vs. rehab that has been around for a long time very seriously. In 2012, a well-known professor, Gilligan, made the argument that prisons should be a place not just for abstinence, but a place for recovery as well. The well-known professor imposed that violent defenders and drug offenders are dealing with two different situations, and that drug offenders should be given the chance to prove themselves and get the help needed so that they can return back to their community.  He also had stated that there’s a difference between “punishment” and “restraint.” Punishment is the imposition of pain on a criminal, which will teach them to bring pain upon others. Restraint is more disagreeing. It is a condition that keeps someone or something under control or within limits. It reality, it involves disconnecting offenders from society, and restrains them from getting help from professionals like psychiatrics or attending therapy sessions that could better themselves.

Drug abuse is visualized as an issue with brain function rather than a crime, which highlights the publics shift from jail to rehab.

Scientific research has proven how drugs affect the brain and a person’s ability to think clearly. Medical professionals understand that substances put a damper on situations and can result in the crisis of relapse.  A 2013 study found that brains of previous addicts linked to addiction, had the same thought process as someone who currently was using, regardless of how many years they have kept sober.

Many health groups have said that Incarceration does not work. CRC Health Group (a treatment center) writes on their website. “In fact, statistics reveal that many addictions actually grow while in prison. Having easy access to the drugs and the need (desire) to break away and lead drug addicts to use more and for those not exposed to drugs in the ‘outside world’ to begin using. With no treatment available and drugs easily obtained, how can expect our prison population to achieve and maintain sobriety?”

In 2012, Gil Kerlikowske, the director of the White House’s Office of National Drug Control Policy said of the issue, “Drug addiction is not a moral failing on the part of the individual, but a chronic disease of the brain that can be treated.” Kerlikowske believed that incarceration avoids the reasoning behind what the problem really is, because they are being punished, instead of the problem being resolved.

40 years ago, previous President Richard Nixon demanded a “war on drugs.” It appears that Americans are starting to look at addiction as a public addiction rather than a law according to this year’s poll reports.

Impact of Drug Courts on Recidivism and Cost

In an unknown study of increasing backsliding and cost analyses of drug courts, found that drug courts may lower backsliding rates (re-arrests) and significantly lower costs. Re-arrests were lower five years or more later compared to re-arrests for similar drug offenders within the same county.

The drug courts’ impact on backsliding varied by year as a result of changes in programming and judge assignments over time from what researchers have found. Reductions in backsliding ranged from 17 to 26 percent.

Lower costs. Compared to traditional criminal justice system processing, treatment and other investment costs averaged $1,392 lower per drug court participant. Abbreviated backsliding and other long-term program conclusion developed a public savings of $6,744 on average per participant (or $12,218 if victimization costs are included).

Factors for success. Although general research findings are that drug courts can reduce recidivism and promote other positive outcomes such as savings, several factors affect a drug court program’s success:

•        The role assumed by the judge and the nature of offender interactions with the judge.

•        Other variable influences such as drug use trends, staff turnover and resource allocation.

These and other issues, such as treatment service delivery and judicial interaction, are brought up in reports.

The Multisite Adult Drug Court Evaluation program, NIJ researchers are now examining fundamental processes to find what routines are productive, for whom, and under what conditions.

As a result, jail time can be avoided depending on the circumstances. Either way getting sobriety will only be beneficial in the long run and help you gain the happiness that you once felt and deserve.