Over the past several years, Minnesota has faced a serious heroin and opioid epidemic statewide. With new harm reduction laws in place, state officials are working to combat dangerous drug trafficking efforts taking place in neighborhoods. These policies will also help prevent and reduce the number of drug-related activities and overdoses..

In Minnesota, the majority of addiction treatment admissions are related to marijuana use. However, heroin and opioid addictions have grown into a serious problem statewide, increasing to record-high numbers each year. 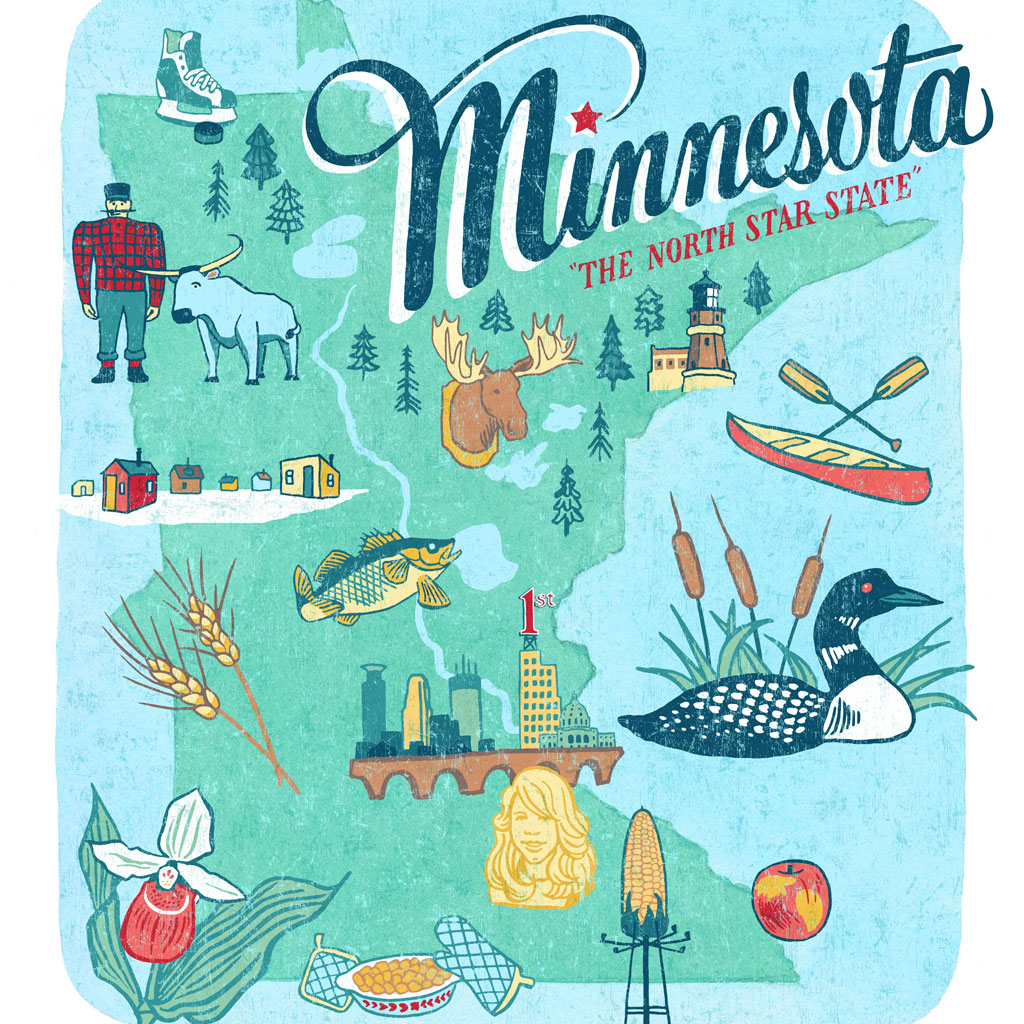 Although drug-related deaths in Minnesota are roughly half the national average, Minnesotan youth overdose rates have more than tripled since 1999

The most common illicit drugs Minnesotans are treated for addictions to include:

Substance abuse is most common among Minnesota teens, as well as adults ages 18 to 25. In addition to dangerous opioid and methamphetamine use, adolescents typically abuse inhalants, MDMA/ecstasy, synthetic drugs and prescription drugs.

Over the past few years, the transportation and distribution of illicit substances has become a growing threat for Minnesota residents. Since the state shares a border with Canada to its north and Lake Superior to its east, drug traffickers have many opportunities to smuggle substances in and out. In addition, Minnesota has 13 ports of entry across the state; however, only three are patrolled 24 hours a day. These less-populated regions have grown as well-known areas for meth labs.

In larger cities, like Minneapolis/St. Paul, drugs are often imported from Mexico and southwestern states. The Twin Cities also has the third largest trucking center in the United States. Private vehicles and commercial trucks come through this area from Chicago and Los Angeles, carrying large quantities of cocaine for distribution. Recently, cocaine has become one of the leading contributors to drug-related crimes in the Minneapolis/St. Paul region. In fact, the Minneapolis Police Department estimates that 90 percent of violent crime in the city is related to cocaine abuse and distribution.

If you or someone you love is struggling with an addiction, help is available. Contact us today to learn about different treatment options that will fit your needs.

Find a Rehab in Minnesota by City

With so many options available in Minnesota, there’s no better time to begin your recovery than now. Please call us today for help finding a rehab that fits your needs.

Click Here to view other Rehab Centers in Minnesota

Laws of Minnesota Drug Use

Minnesota has harsh drug laws in place for both sale and possession. There are five degrees of penalties that vary based on the type of drug and the amount involved. The first degree involves the most serious and punishable drug-related activities, whereas the fifth degree is the least severe punishment.

Minnesota’s medical cannabis program became legal in 2015. The following year, in 2016, program registration opened to qualifying individuals. As of July 2016, eight patient centers began operations in Minneapolis, St. Paul, Bloomington, Rochester, St. Cloud, Moorhead, Eagan and Hibbing. Additional centers are planned for other cities in the coming year. To qualify for medical marijuana, Minnesotans must have a qualifying condition such as: Each patient is limited to a 30-day supply at any given time. While home cultivation is not allowed, many state licensed dispensaries are starting to open their doors across the state. Although medical marijuana is legal, the recreational use of marijuana is illegal in Minnesota. Those found in possession or the drug will be penalized accordingly.

Individuals facing their first charge may be eligible for a conditional discharge. This allows a person to serve probation time rather than going to trial. Oftentimes, a drug education course is required as well. After successfully completing probation, all charges will be dropped.

Minnesota lawmakers have put various harm reduction laws in place in an effort to protect their state’s residents. These laws attempt to not only detect and combat drug trafficking efforts, but also raise awareness about the consequences of drug abuse and addiction.

The Minnesota Syringe Access Initiative was enacted in July 1998. It was passed in an effort to reduce the number of drug users sharing contaminated needles. When a needle is used by multiple people, it increases the risk of coming in contact with HIV, hepatitis C or other blood-borne diseases.

Pharmacies that participate in the Syringe Access Initiative may sell up to 10 syringes at a time without a prescription. The law not only provides access to clean needles, it promotes treatmentand recovery to those in need. Oftentimes, local organizations will join together and offer welfare services such as affordable housing, workforce solutions and rehab information.

Minnesota is one of 32 states that has enacted a Good Samaritan law. The law, passed in 2014, provides immunity to those who report a potential overdose to emergency personnel. By protecting individuals from civil liability for certain drug-related activities, it encourages people to call for help when an emergency situation arises.

Additionally, Minnesota’s Good Samaritan Overdose Prevention law permits the distribution of naloxone to counteract the effects of an opioid overdose. Naloxone is a medication that can reverse the damage caused by an opioid overdose and restore an individual’s respiratory functions.

Throughout Minnesota, public health groups and pharmacists can provide naloxone – a medication that counters the effects of an opioid overdose – without requiring a prescription.

In 1996, Minnesota’s first drug court started in Hennepin County. During the mid-2000s, the number of statewide drug courts increased dramatically. By mid-2007, Minnesota had 27 operational drug courts that covered roughly one third of the state’s counties.

The goal of drug courts is to help offenders overcome their past through recovery instead of incarceration. Programs often include:

Drug courts are often used to help nonviolent offenders get the treatment they need to recover from a harmful addiction. Since the program’s start, the number of repeat drug offenders has significantly diminished.

As of 2012, the unemployment rate for drug court graduates fell to less than 15 percent – dropping from 50 percent at the start of the program. In addition, an estimated 20 percent of graduates reached a higher level of education during their time in drug court.

Over the last several years, Minnesota officials have taken action to combat the rising opioid abuse rates among residents. In 2015, state leaders initiated different programs to help reduce the harmful effects of opioids by:

When looking for the right treatment center for you, don’t just limit yourself to those in-state. Sometimes the best option is a facility far from home. In fact, out-of-state treatment has advantages such as focusing on your recovery without interruptions, distancing yourself from negative influences and offering specialized programs.

Don’t let an addiction destroy your goals and aspirations. Get the help you deserve and start on rebuilding the life you’ve always dreamed of today.

Click Here to view other Rehab Centers in Minnesota