In the Sacramento area of California, opioids have been the most commonly used drug and continues to rise, and Rancho Murieta has not been immune to this epidemic. Marijuana and alcohol are also commonly abused among the area, however marijuana has seen a decrease in treatment admissions and arrests since its’ legalization.

If you live in Rancho Murieta, and have fallen victim to substance abuse don’t hesitate to seek treatment. There are enormous resources at your disposal.

Drug and alcohol use continue to be significant concerns for Sacramento County and Rancho Murieta residents. The good news is, no matter where you live, help is available for overcoming addiction and improving your life. Find substance abuse treatment in Sacramento easily by giving us a call.

The first step towards a sober life is to call or visit whichever facility the patient choses and begin the assessment process. A certified staff member will ask general questions about the patient’s addiction, overall health, insurance or payment information, and any other questions that could help them get an idea of what kind of treatment will fit them best. The assessment specialist may share this information with the doctors and specialists that will be working directly with the patient, but is kept confidential within the facility.

Following admission into any type of addiction treatment, the patient will have to undergo a detox process to rid their body of any remaining substances. Detox most often takes place in a hospital setting with trained medical staff to ensure patient safety while they go through this crucial step. First, the patient will meet with a medical professional for a full body exam and psychological evaluation take places, so any co-occurring conditions can be diagnosed. After the evaluation takes place, the patient begins stabilization and starts ridding their body of the any substance. Occasionally, doctors may prescribe medication to help manage any symptoms, but otherwise this process is largely unassisted. They also work with nutritionists to learn how to reintroduce themselves to a balanced diet.

Withdraw from any drug could have serious side effects and it is important that the patient does not try to attempt this on their own. Some of the common physical symptoms people may experience are heart palpitations, difficulty breathing, headaches, nausea or vomiting as well as emotional side effects like anxiety, depression, and irritability. Some more serious possible side effects that doctors watch out for during detox are heart attacks, strokes and seizures. Since every addiction is different, it is difficult to predict exactly what the patient will experience and factors like the length and severity of the addiction and the drug of choice can impact the outcome.

What is withdrawal? How long does it last?

The most intensive inpatient option most facilities offer is called resident treatment centers (RTC)s. Patients are housed during the entirety of their treatment where they work in therapists and psychiatrists in both group settings and individually. They also learn life skills that they will need once they leave the facility and take part in other therapeutic activities and group outings. In RTCs, patients may live alone or in a community setting with a small group of people.

Many facilities offer a partial hospitalization program (PHP) to help patients transition from their RTCs into a less intensive program. These types of programs can also be used for patients that need extra support but do not necessarily need all the services that are offered in RTCs. Patients participating in the PHP programs still live at home, but commute to treatment regularly. In some cases, the PHP program will offer an optional on-site residency to patients, but without the constant support staff that RTCs provide. Patients also take part in group and individual therapies while working on issues that might couple the addiction such as depression, anxiety or homelessness.

Intensive Outpatient Programs (IOP)s are like the next step down from PHPs when it comes to treatment severity. Patients participating in IOPs typically meet a few hours a day 2-3 times a week. This program allows patients to maintain jobs or other responsibilities while in treatment but still provides a higher level of care than other, outpatient treatments. Like RTCs and PHPs, patients will take part in group and individual therapies as appropriate and also take part in activities related to their treatment.

Outpatient treatment can be a transition step for patients who are transitioning into their sober lives or can be used to support and treat more mild cases of addiction immediately following detox. Patients in this program attend meetings typically once or twice a week for about an hour where they meet with a therapist or a group to receive extra support in their sobriety. Like all other treatment options, outpatient treatment is also tailored to the individual and may look different to everybody.

Aftercare is an extremely important step once patients complete a program to help battle the lifelong disease that is addiction. A program is considered aftercare as long is the patient is attending regularly of an ongoing period of time. Some programs focus on individual or family therapy while others can help patients with other necessities for full sobriety like legal, medical, and financial issues.

Sober living is another ongoing step for patients embarking on their newly sober life. Sober living programs are meant to support the patient while they acclimate themselves into society and help them to avoid the substance they were abusing prior to treatment. This program are also known as halfway houses, and patients typically have freedom to leave but must maintain a curfew to continue to receive the report. Once the patient and staff both agree that they are ready, the patient may move on to living fully independently in society.

While the Rancho Murieta community does not have a specified addiction treatment facility, there are an abundance of treatment centers that are located 25 miles from the community in Sacramento. 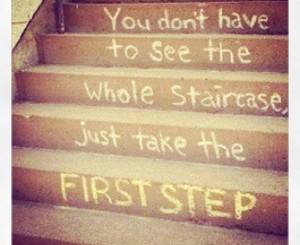