by Mckenzie Santa Maria
in Featured, Questions about Rehab, Resources
0 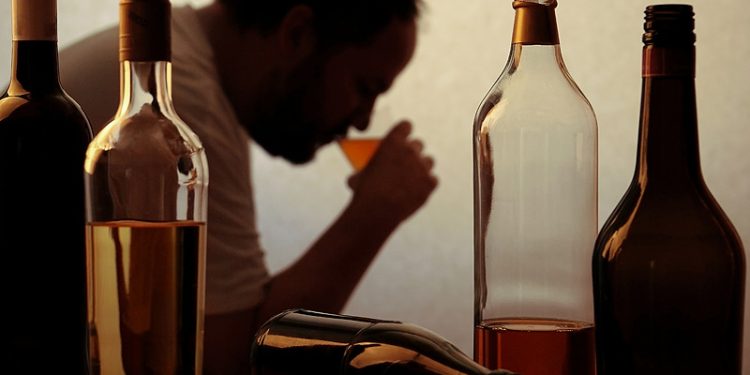 Alcoholism usually refers to alcohol dependence, while alcohol abuse means a mild form of alcohol use disorder (AUD) or overuse of alcohol.

Additionally, although they may exist together, alcohol abuse doesn’t primarily include some of the characteristics of alcoholism. These include loss of control, physical dependence, intense alcohol craving, and tolerance.

Since 2013, the medical diagnosis described problem drinking as alcohol use disorder (AUD). In previous years, the AUD diagnosis was divided into alcohol dependence and alcohol abuse disorders. People often find the differences between the two terms confusing even though they have changed over time.

Also, sometimes people use alcoholism and AUD interchangeably when referring to alcohol dependence. However, those struggling with alcohol abuse do not always depend on alcohol. Therefore, the symptoms or signs of these two alcohol-related disorders are different.

Despite their variations, both alcoholism and alcohol abuse can contribute to adverse impacts on the overall health and well-being of a person. It is the reason why they both need professional treatment, especially in professional rehab centers.

Additionally, both alcoholism and alcohol abuse describe harmful drinking habits, though they are different. Besides, knowing the differences between the two can help establish an appropriate treatment plan.

Alcohol abusers are not as likely to feel dependent on alcohol compared to those with alcoholism. This factor can cause different physical symptoms of alcohol use.

Some crucial signs of alcoholism apart from physical independence include alcohol cravings, an inability to control one’s drinking, and persistent drinking that leads to negative consequences on mental and physical health.

Since alcohol abuse is a milder form of AUD, abusers who fail to obtain treatment are at higher risk of developing severe drinking issues. Such issues can later cause addiction, higher tolerance, and dependency.

Alcohol dependence is a primary symptom of alcoholism, while alcohol abuse does not cause alcohol-dependency.

Dependence usually signifies physical reliance on alcohol. Some of its withdrawal symptoms include nausea, sweating, irritability, insomnia, and alcohol cravings. Often, these symptoms will cause an alcohol-dependent person to revert to drinking to suppress them.

Both alcoholism and alcohol abuse need different treatment methods since their severity disorders and symptoms vary.

For instance, people who are dependent on alcohol will most likely perform an alcohol detox initially.

However, these disorders may require treatment, along with medications, behavioral therapy, and support groups.

Moreover, unlike alcohol abuse, rehab therapists consider alcoholism as a chronic physical and mental illness that can impact a person’s life in all aspects.

Alternatively, alcohol abuse can imply acute instances of misusing alcohol. Also, the frequency of alcohol abuse and the quantity consumed can vary for each person.

Though alcohol abuse and alcoholism disorders can be different, both of them require professional treatment and recovery. Fortunately, you can receive treatment for both conditions in professional rehab centers across American states. Therefore, if you or a loved one are struggling with alcohol disorders, contact us for helpful information and support treatment facilities available in your area.

Meaning of Stimulant Use Disorder and Its Symptoms

Meaning of Stimulant Use Disorder and Its Symptoms