Elton John Embraces 29 Years of Sobriety: “I Was a Broken Man” 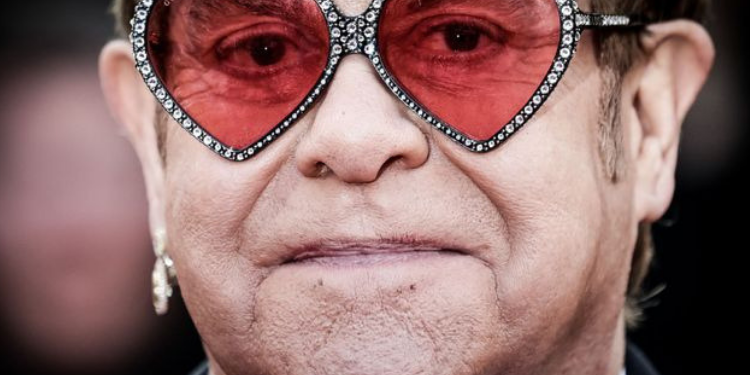 July 29th marks a very significant milestone in a life long sobriety journey, Elton John as announced his 29 years of sobriety by sharing a photo to social media of his Alcoholics Anonymous sobriety pin to mark the occasion.

The 72-year-old singer’s coin of accomplishment was engraved with AA’s mottos of “Unity, Service, and Recovery,” as well as one of the organization’s common sayings, “To thine own self be true.” The caption read, “Twenty-nine years ago today, I was a broken man,” he wrote. “I finally summoned up the courage to say three words that would change my life: ‘I need help.’

John reminisced on what the date meant to him by adding,” “Thank you to all the selfless people who have helped me on my journey through sobriety,” John continued. “I am eternally grateful.”

Elton’s struggle with alcohol and drugs was displayed most recently in the Taron Egerton-led biopic Rocketman, which gave people an insight of the agony and depression that led John to give up the life of substances like alcohol, marijuana, and his self-quoted “worst best friend,” cocaine.

“The life I was leading — flying on [his legendary private plane] the Starship, living in beautiful houses, buying things left, right and center — it was not a normal life, not the sort of life I came from anyway,” John said to Variety in May. “I lost complete touch with that.”

“There were times I was having chest pains or staying up for three days at a time,” John continued. “I used to have spasms and be found on the floor, and they’d put me back to bed, and half an hour later I’d be doing the same. It’s crazy.”

Ryan White, who was diagnosed with AIDS whom John befriended died in 1990, and till this day he claims was the reason his perspective on life changed. Finally, after years of pretending, things were normal, and at the height of the drug area, Elton checked himself into Chicago’s Parkside Lutheran Hospital on July 29th, 1990.

Twenty-nine years later, Johns life is completely changed; he used his new look on life to start the Elton John AIDS Foundation, which has raised $400 million toward curing the disease.

According to him, the most valuable skill he learned from sobriety was communication.

“What I couldn’t do when I was an addict was communicate, except when I was on cocaine I thought I could but I talked rubbish,” John explained to Variety in a private interview. “I have a confrontation problem which I don’t have anymore because I learned if you don’t communicate and you don’t talk about things, then you’re never going to find a solution.”

If someone is battling with a substance abuse issue or alcohol, The Recover’s, national helpline is available at (888) 510-3898