How Long Does Fentanyl Stay in Your System 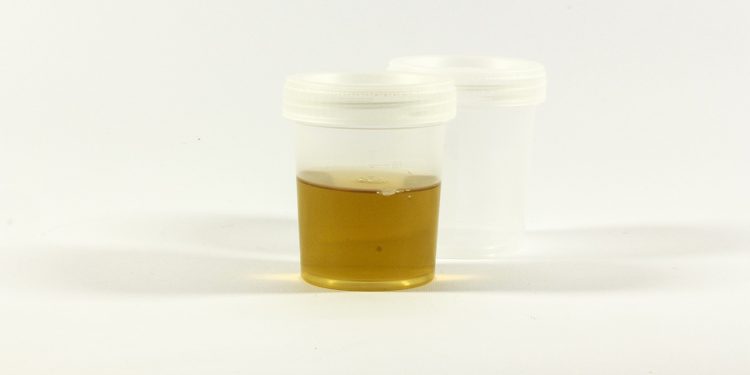 How Long Does Fentanyl Stay in Your System

How Long Does Fentanyl Stay in Your System?

Do you want to know who long fentanyl stays in your system? When a person stops taking fentanyl, they are met with excruciating withdrawal symptoms. The only way to overcome these painful symptoms is to wait it out. The peak fentanyl withdrawal symptoms occur between 36 and 72 hours after the last dose. They are the most intense and debilitating. This is also the time when most people relapse.

Fentanyl is a potent synthetic opioid

Fentanyl is a synthetic opioid that is very powerful and can stay in your system for a long time. It works by binding to opioid receptors in the brain that control pain and emotions. Because of its powerful effect on the brain, people who take fentanyl often experience dependence. This type of dependence can progress to addiction, which is the most severe form of substance use disorder. People with addiction often experience compulsive drug-seeking behavior and an inability to control their use. It is a very dangerous condition and can lead to death.

Fentanyl can be fatal. Those who use it should seek immediate medical attention. The drug can lead to respiratory problems and hypoxia, which can result in a coma and permanent damage to the brain. Fortunately, there are several effective treatment options available for those who have developed an addiction to fentanyl.

The first step in treating an opioid overdose is to find out what caused it. Fentanyl can be deadly when combined with other drugs, especially stimulants. This type of addiction is especially dangerous in people who don’t use opioids regularly. Fortunately, there are tests available for detecting fentanyl in drug samples, which can help reduce the risk of an overdose. In Minnesota, fentanyl test strips will be available for all residents by July 2021.

In the meantime, doctors are developing medicines that can help people recover from fentanyl addiction. A non-opioid medicine has recently been approved by the FDA to reduce the symptoms of opioid withdrawal. A small electrical nerve stimulator implanted behind the ear can ease symptoms for up to five days during the acute withdrawal phase. The FDA has also cleared a mobile medical application to treat opioid use disorders.

Fentanyl is an opioid that is similar to morphine but is up to 50 times stronger. This opioid is manufactured in clandestine laboratories and diverted to illicit markets. It is also cheaper and easier to obtain than heroin, which is why it is often used as a filler or cutting agent for heroin.

It is detected by a blood test

Fentanyl is an opioid that can be detected in blood and urine two to three days after use. Its retention depends on how much the individual uses the drug and other factors, such as their body weight. Fentanyl can be detected in urine for two to three days and in hair for up to 90 days. It is one of the most potent painkillers on the market and is also related to other drugs such as morphine and oxycodone.

Fentanyl is a synthetic opioid that was first developed in 1960. It is a powerful painkiller and is prescribed by doctors for chronic pain. It can also be abused and is highly addictive. It is often added to heroin and injected into the body, and can cause fatal consequences.

Since 2017, fentanyl has been detected in approximately 5% of patients presenting at emergency departments. This rate is still far lower than that of opiates, but it has become more common during recent quarters. While it’s not yet legal to test for fentanyl at the federal level, identification of fentanyl can be useful in guiding treatment and public health interventions.

Fentanyl is highly addictive. Even a small dose can kill an addict. In addition, the addictive symptoms of fentanyl include compulsive use, intense cravings, and impaired judgment. People who are addicted to fentanyl will likely continue to abuse it even when they are aware of the risks it poses.

Rapid fentanyl test strips have high sensitivity and specificity. They can also detect some analogues. This is a simple and inexpensive evidence-based way to detect fentanyl in any drug batch.

It is detected by a urine test

Fentanyl is detectable by urine testing for a period of 24 to 72 hours after the last use. It can also be detected in the hair and blood for up to three months. Fentanyl is a synthetic opioid that is more powerful than heroin, oxycodone and morphine. It is made by pharmaceutical companies and is approved for medical use only.

Fentanyl is broken down into two metabolites in the body. Both Fentanyl and its metabolites can be detected in urine within two hours and for up to two days after a single use. The best way to test for Fentanyl is to undergo a drug test conducted by a professional service. You should also make sure the test includes an initial screening. Neither saliva nor oral fluid drug tests can detect Fentanyl. However, some rapid tests are available.

Fentanyl is detected in urine by a urine test because it is highly lipophilic. It can accumulate in adipocytes, resulting in increased retention time in urine. Urine samples are also often tested for fentanyl in order to identify opioid use in the population. This is an important step in the drug testing process for prevention and treatment.

Urine testing for Fentanyl is not 100% accurate, but it’s possible to get a quick result. Depending on the location and the brand of drug testing kit you choose, you can get a urine test that shows you the amount of drug in your system. To get a quick and accurate result, visit Health Street. The website reports fast and stores your results safely.

The results of a urine drug test show that fentanyl is detected in urine in a significant proportion of individuals who use illegal drugs. The prevalence of illicit drugs is rising and it has been associated with an increase in death rate. In 2016, methamphetamine and cocaine-related overdose deaths. The US Drug Enforcement Administration issued a bulletin that warned of the risk of fentanyl contamination in these drugs.

Fentanyl is a synthetic opioid that is up to 50 times more powerful than morphine. Its effects can be life-threatening and it’s important to seek medical treatment if you suspect you’re using it.

It is detected by a hair follicle test

A hair follicle test can detect fentanyl, a synthetic narcotic, in the body. The detection window depends on the amount and purity of the drug and can be anywhere from eight hours to a full day. The detection window is smaller if fentanyl was taken in a single dose. In addition, hair follicle tests can detect fentanyl even months after it was last taken.

Hair testing is a good way to detect fentanyl, but there are some limitations. First, it is difficult to detect recent exposure if the sample is very short. Hair growth rates determine how long it takes for fentanyl to be detected in a hair sample. This limits its ability to detect less recent exposure and increases the possibility of false-negative results. Moreover, hair testing can miss other opioids that are present in the body, which may make it impossible to detect fentanyl.

Hair follicle analysis is more sensitive than urine tests. It identifies fentanyl and other synthetic narcotics through a hair sample. Fentanyl is a synthetic narcotic that is prescribed to relieve severe pain, such as cancer pain. However, it is illegal to produce and sell and is highly addictive. Fentanyl is also associated with a high risk of overdose. It is also sometimes combined with other drugs like heroin and cocaine, which can increase the risk of overdose and health complications.

If you or someone you love is struggling with substance abuse The Recover wants you to review our list of drug rehab centers to discover treatment options.

What is a Mommys Boy