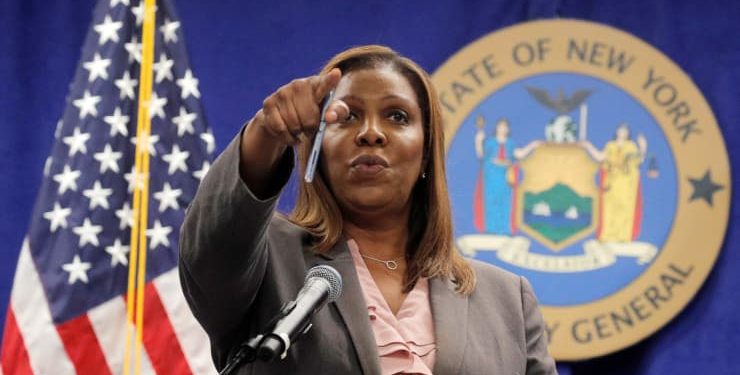 Johnson & Johnson has agreed to a $230 million settlement with New York state that bars the company from promoting opioids and confirmed it has ended distribution of such products within the United States.

New York Attorney General Letitia James’ office in a statement Saturday said the agreement bans J&J from promoting opioids through any means and prohibits lobbying about such products at the federal, state or local levels.

Johnson & Johnson has not marketed opioids in the U.S. since 2015 and fully discontinued the business in 2020.

As part of the settlement, the company will resolve opioids-related claims and allocate payments over nine years. It could also pay $30 million more in the first year if the state executive chamber signs into law new legislation creating an opioid settlement fund, according to the press release from James’ office.

The settlement follows years of lawsuits by states, cities and counties against major pharmaceutical companies over the opioid crisis, which has killed nearly 500,000 people in the U.S. in the last couple decades.

Governments have argued that companies over-prescribed the drugs, causing people to become addicted and abuse other illegal forms of opioids, while companies have said they’ve distributed the necessary amount of the product to help people with medical issues.

“The opioid epidemic has wreaked havoc on countless communities across New York state and the rest of the nation, leaving millions still addicted to dangerous and deadly opioids,” James said in a statement.

“Johnson & Johnson helped fuel this fire, but today they’re committing to leaving the opioid business — not only in New York, but across the entire country,” she said. “Opioids will no longer be manufactured or sold in the United States by J&J.”

The New York opioid lawsuit trial against the rest of the defendants will begin this week, according to the release. Other defendants in the New York suit include Purdue Pharma; Mallinckrodt LLC; Endo Health Solutions; Teva Pharmaceuticals USA; and Allergan Finance LLC.

In a statement Saturday, Johnson & Johnson said the settlement “is not an admission of liability or wrongdoing by the company” and is “consistent with the terms of the previously announced $5 billion all-in settlement agreement in principle for the resolution of opioid lawsuits and claims by states, cities, counties and tribal governments.”

The company also said it would continue to defend against any lawsuits the final agreement does not resolve.

James said the state will focus on funding for opioid prevention, treatment and education efforts in order to “prevent any future devastation.”

Drug Overdoses Killed A Record Number Of Americans In 2020, Jumping By Nearly 30%

Drug Overdoses Killed A Record Number Of Americans In 2020, Jumping By Nearly 30%