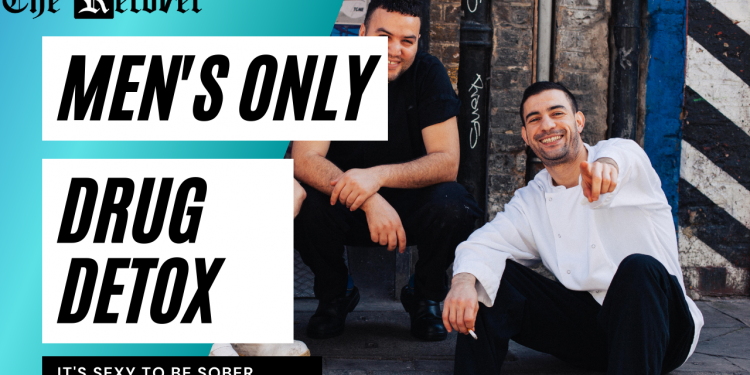 Men and women typically start taking substances at different stages of life.  Men tend to get treatment at a younger age than women, which can influence the type of treatment required. Men’s recovery has become one of the most critical areas of research in addiction therapy. According to the National Institute on Drug Abuse, addiction treatment for men narrows the focus of a treatment program to allow patients to receive more precise and individual therapy.

Drug Rehabilitation for Men and Relationships

People are primarily defined by expectations, relationships, and environment. This means that society’s expectations and stereotypes of men can act as destructive barriers to productive male recovery. Male alcohol and drug addicts will be exposed to social pressures that primarily affect those who identify as male.

Although society has begun to address the problem of addiction in women, it is depressingly familiar for men to feel guilty. About their personal history of drug use and abuse in general. Many drug addicts survive their drug-addicted youth with the support of family members, friends, and peers.

Regrettably, men are at a significantly higher risk than women when it comes to drug abuse and addiction. Not only that, but they manage to become addicted at an earlier age. Other reasons below:

Males are more likely than females to t almost all addictive substances besides prescription painkillers.

Men’s only drug rehab centers try to get around this obstacle by creating a more homogeneous gender dynamic, reducing the judgment and hostility that male patients can experience in a less supportive environment. Find the best treatment centers for men facing an addiction problem and need a male-oriented treatment plan.

Patients are treated in a short-term program of up to 30 days. First detoxifying, and then, after the first phase of their treatment program, better tailored to their needs and better able to meet them. Treatment centers should be close to patients “homes. This making visits to family and friends relatively easy. Some addicts have productive and generally supportive homes to safely release themselves from prison, but returning home will significantly increase triggers. Those who prefer to travel to treatment to focus solely on recovery should travel to one of the best treatment centers for men only.

Men who seek treatment for their addiction will face a tough battle, and those who return to daily life without a healthy support system from other addicts are at a higher risk of relapse.

Each individual’s experiences will be different, and treatment solutions must be tailored to the person who asks for help. Will a program for men be just an excellent opportunity to make that connection? Find out if men are facing an addiction problem and need a male-oriented treatment plan. Men and women have many different treatment options. But each patient needs an additional support system, such as a support group, support network, or individual support.

Individual patients are more likely to benefit from this rehab than others:

Relapses in Men after Drug treatment

Relapses are common and even more common when there is a lack of access to the right treatment options for men and women, teenagers, and the elderly. If you have problems with drugs or alcohol, help is available, whether you are a man or woman, teenager or senior, if you have questions with drugs and alcohol. Get in touch with an expert who can help you or a loved one struggling with addiction.

Recovery for men is no easier than recovery for women. Still, the more one learns to focus on men’s recovery problems in particular, the less likely it is to prove successful. While addiction certainly does not take gender, age, or income level into account, men are under particular pressure and must overcome barriers that exist only in their experience. Male addicts and alcoholics can be helped in various ways, from physical therapy to psychological counseling to substance abuse treatment.

Why Men and Women are Different in Addiction

Although there are genetic differences between men and women, many recognized gender differences are based on culturally defined roles, such as gender identity and gender expression. However, there is a significant difference between how men use drugs and alcohol, affecting men and women alike.

The social perception of men plays a vital role in understanding drug use and abuse, and many people think that because they are legal, it is not so serious about using or abusing drugs. Below is a list of some of the most commonly abused drugs and their associated problems for men.

Alcohol can have a strong negative impact on our lives due to its ability to escape everyday life stress. It can also lead to a lack of confidence that a man can easily control and control his alcohol consumption.

Cocaine and methamphetamine are two stimulants frequently abused by men, and both classes of drugs accelerate various processes in the body, including functions that our bodies naturally control.

One in six men smokes cigarettes, and smoking is more socially acceptable than any other drug. Nicotine is one of the most common forms of nicotine abuse in men and accounts for about one-third of all cigarette smokers in the US. Nicotine is also commonly found in alcohol and tobacco, although it is less common in women than other drugs such as cocaine and methamphetamine.

If a man is caught in a consumption pattern, he may not know how to ask for help to stop the emerging addiction. Society often expects men to be tough and independent, and asking for help can be seen as a weakness. However, it is tough to advocate for men in the face of their alcohol and tobacco addiction. When men don’t know how to deal with stressors, they often resort to medication to escape the pain.

Drugs can affect the brain’s chemicals, and as drug abuse increases, we can see a corresponding increase in aggressive behavior. This change can also be amplified by the desire to hide the symptoms of abuse and withdrawal.

Men can exhibit violent behaviors. Along, with behavioral changes, mood swings that connect with chemical changes caused by drug use. You may notice that you are happy one day, angry or sad the next for no apparent reason.

As they increase their dependence on drugs, interest in personal care often wanes, and they withdraw from close friends and family activities they once enjoyed. One can try to hide addiction and withdrawal symptoms, but one can start when the abuse worsens. If they are using drugs alone or with a group of friends, they can escape to a safe space, such as a hotel room or private room. If they reduce their drug use and withdraw from family and activities, they can do you more harm than good. 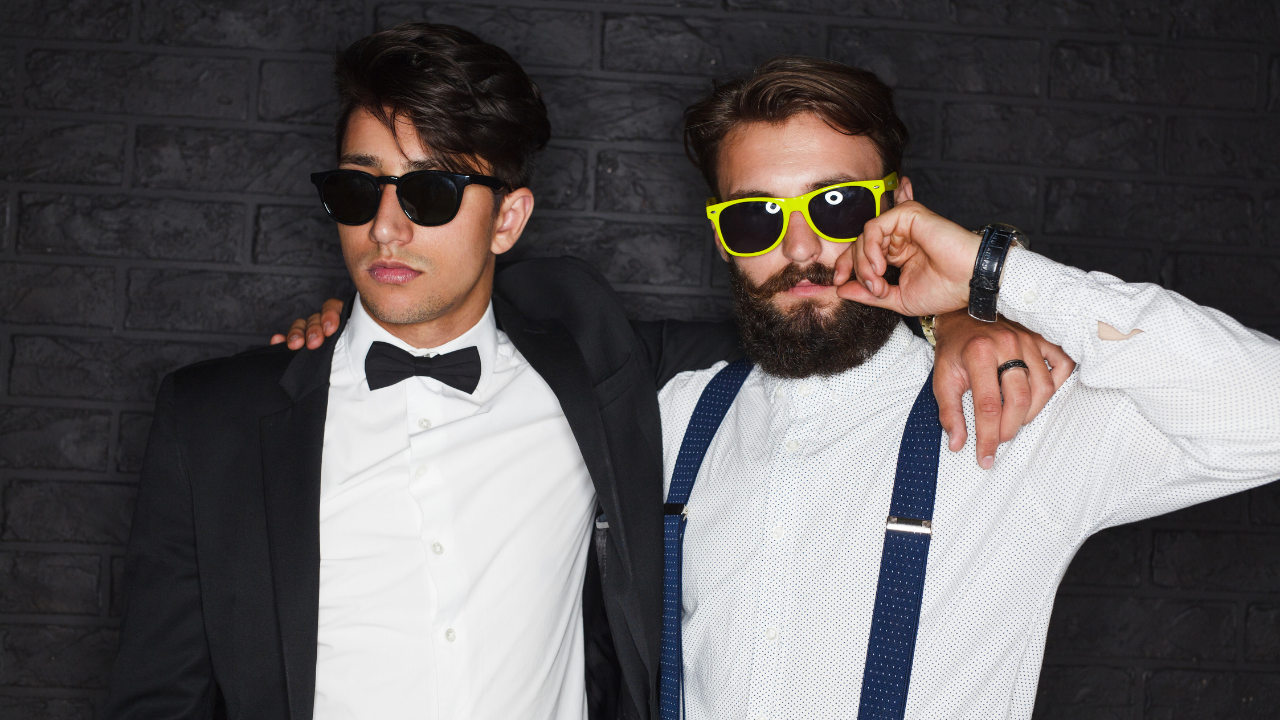 Triggers for Men in Addiction

When circumstances bring a man into treatment, programs that specialize in men’s health are ready to address these issues. Treatment programs are geared to the physical, mental, and emotional health needs of men. Many programs are designed for men, which takes gender and gender into account when drawing up detox and treatment plans. Male users may be concerned that they are being told that addiction treatment is for women, not them. Yet, counselors assure them that the treatments are confidential and do not threaten their image or reputation.

Although treatment options may be limited, an essential part of male-specific treatment is to enable men to make as many decisions as possible for themselves. Men are usually goal-oriented and need a sense of independence. Still, they may also feel that they are not doing themselves justice by treating themselves and not accepting help when they feel weak or ashamed. Helping users believe that they need to be can help them deal with the treatment program.

This commitment is often given by the emphasis on decision-making and the concentration on self-confidence, and a sense of responsibility for one’s actions.

Although abuse of alcohol and other substances is often associate with violent behavior and crime, men are more likely to be offenders than women. Treatment centers will have specific behavioral expectations and consequences to consider during treatment. Although these may be more stringent in a male-specific context, treatment will probably have better outcomes for all. A counselor can suggest couples and family therapy to help families on this difficult path. Building positive support: When husbands, partners, or family are involved, they should be involved as much as possible in the process of dealing with violent behavior. Especially in the first months.

This may be related to one’s own gender bias, upbringing or culture, or perception of gender roles in the workplace or family. If a man has close male friends who do not cooperate with him in treatment, it may be beneficial to involve them. Win one of the men who might feel comfortable with a female adviser. If men have a close friend who doesn’t work with them, that can also help.

Some may question how a men-only rehab can be helpful. After all, patients will not exist in a men-only world. Still, there are notable benefits to some male patients, which involve: