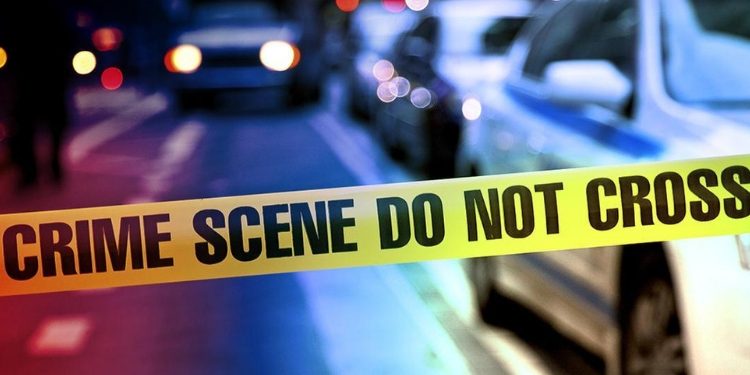 DUI’s can happen to anyone, and that proved to be true when Sgt. Jeffery Kutz, one of the Sayreville Police Department’s most experienced cops with 22 years on the job, landed himself behind bars. On the night of December 18th after Kutz spent the evening drinking at another officers house, he drove his Dodge pick-up truck 70 mph into two parked vehicles on the shoulder of an Old Bridge highway, critically injuring a man.

According to police reports, Officers who responded to the crash described the off-duty cop as drunk, agitated and confused. They added the 57-year-old veteran cop had urinated on himself and was unable to keep his balance.

Kutz collided with a broken-down dump truck that was parked on the shoulder of Route 9 south, with a second vehicle parked directly behind it, when Kutz’s pickup truck smashed into the car, crushing it against the dump truck’s body and trapping the body in the second car.

The victim in the wrecked car had to be emergency airlifted to Robert Wood Johnson Hospital in New Brunswick in critical condition. Earlier this week the hospital had announced his release. Kutz’s attorney, Joseph Benedict of New Brunswick said, “I know he feels terrible that someone was hurt,” He added the accident was a “life-changing” experience for Kutz, whose goal is to help people. “It’s anathema to his calling in life.”

Court reports state the off-duty cop was charged with third-degree vehicular assault, driving while intoxicated and reckless driving. The same day the incident occurred the Middlesex County Prosecutor’s Office released information regarding the charges, however, would not release any details regarding how the crash happened. Despite initially declining the public request to provide the documents, Old Bridge Police turned over 26 pages of investigative reports last week.

The reports claim a witness estimated Kutz was driving between 90 to 100 mph before the crash occurred, just south of Route 18 overpass and near Old Texas Road just after midnight. According to the Benedict officials, they told him that the car’s “black box” recorder documented that the truck was traveling 70 mph at the time of the crash.

The police noted that a broken-down truck was stopped on the shoulder with a Nissan Altima parked directly behind it. The man who was in the car at the time of the crash, either own or associated with the truck that had broken down. Police reports suggest that another man was working on the truck’s engine at the time of the crash but wasn’t injured.

Kutz’s had no memory of the crash, and according to Old Bridge Officer Scott Henry, first on the scene, Kutz was initially unconscious but came to minutes after.

The reports state the officer was told to stay in his truck as EMTs evaluated his injuries, but kept trying to get out. Henry said Kutz seemed the be very “aggravated” and punching the inside of his dash.

When he did exit the truck, he lost his balance and needed help walking to the ambulance. Kutz knew he was being arrested and taken to a nearby hospital for testing. Later that day he was released with a summons.

Benedict ensures that his client is a “very well-respected” officer in his department and loved among his relatives, friends, and neighbors, who has all sent letters in support of Kutz.

Benedict concluded the report by saying, “They describe him as the kind of person who’s always there for you.”

If you’re looking from treatment close to home, search in your browser “ New Jersey drug rehab near me “ and use our directory to find a center. For more knowledge, please call our 24-hour hotline, CALL US (888) 510-3898