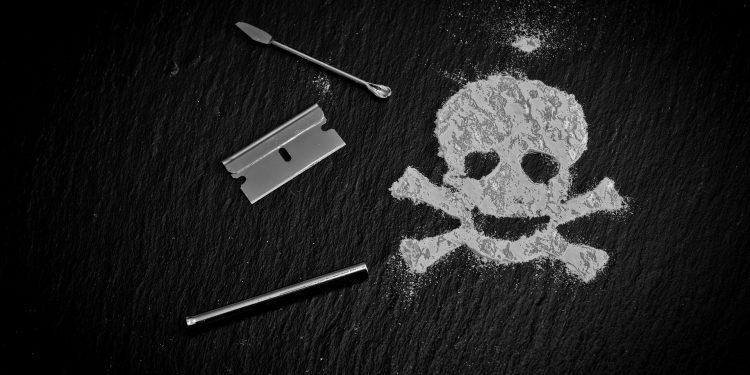 Since the ’70s onward, casualties of the drug crisis gripped Portugal leaving around 1 in 100 people addicted to heroin in the 1990s. Yet, the country has survived and exhausted every ounce of strength to overcome the devastation of drugs and abuse. Portugal is achieving what the United States is striving to do. With full access to health care and enrollment in a substance treatment program, they are now a symbol of a drastic turnaround in how a country decided to treat drug addiction.

Instead of increasing the amount of repression and criminalization it had been pursuing ― comparable to America’s war on drugs ― Portugal became the first nation to decriminalize every drug.

Drugs were still deemed “illegal”, and people would still be charged for supplying or trafficking drugs, but those caught with small amounts would not be detained or arrested. However, these people found with any substance would be recommended to admit themselves to a treatment program. Through the information and access given, more people are open to the idea of receiving treatment. Decriminalization was the most critical part of a combination of changes intended to take a humane approach to addiction. The countries leading health experts have stressed that they are focused on treating addiction as a disease rather than a moral weakness. Drug users would be observed as patients rather than criminals.

Over the past two decades, the amount of heroin users in Portugal has decreased by two thirds, and drug-related deaths have dropped from more than one a day in 1999 to a total of 30 the year of 2016. In addition, the fall in new drug-related HIV diseases is even more surprising. Recorders indicate that there were 18 recorded cases in 2016, according to a 2019 report by the European Monitoring Centre for Drugs and Drug Addiction. Whereas in 2000 there were 907.

The origins of Portugal’s drug dilemma can is rooted back to the 1970s. In 1974, the Carnation Revolution brought democracy to Portugal, freeing it from approximately five decades of isolation inflicted by the dictatorship of António Salazar. For about two decades, the burden it created for many families made it challenging to talk publicly about the apparent issue. There were hundreds of overdoses year after year: 369 people died by overdose in 1999.

The overall burden it manifested in hundreds of families made it hard to talk openly about drug abuse family members or themselves. There were hundreds of overdoses each year: 369 people died by overdose in 1999. “Every family had someone on drugs or who had died of it or knew someone close who had,” emphasizes Félix da Costa, who’s been fighting for the reformation of how the country treats drug addiction for the past three decades.

Currently, Portugal hasn’t abolished drugs, and there are concerns that the improvement that has been reported so far cannot be maintained. The problem with drugs has been pushed assed by the lack of government funding and attention. Regardless, the countries success shows and is becoming the center of attention for nations struggling with drug abuse and overdose deaths. Portugal’s neighboring nations have also taken notice in the way they are approaching the issues, claiming, levels of drug abuse in the country are amongst the lowest in Europe. Portugal’s drug-induced death rate in 2017 was 5.5 times smaller than the European average. More than 50 times below the U.S. within the same year.

Many critics fear that decriminalization would turn the country into a destination for drug users; however, there have been no claims or proof of this. Since Goulão, switched to the policy of viewing addiction as a health issue rather than through criminal justice, the numbers have continued to decrease. It also survived the financial crisis, which increased drug use, mainly because of individual components of the health support system quickly disappeared.

About 20 years ago, there were around 100,000 heroin addicts in the country of Portugal. The most recent data shows there are presently just over 33,000 people using high-risk opioids. Roughly 25,000 of these are heroin users, reported by the Ministry of Health.

The leaders of Portugal hope the countries see the success the transition has made. Notably, the U.S. currently amid a devastating opioid crisis, which claimed an estimated 68,500 lives in 2018. Drug-related deaths continue to increase in a nation that has stuck firmly to policies of criminalization. Ethan Nadelmann, who established the Drug Policy Alliance, an organization based in New York City lobbying against the war on drugs, was placed over a lack of education and information. Many states have also taken preliminary steps down the path of legalization. Marijuana, for instance, is now legal for recreational use in almost all states.

In Portugal, the structure of the system recognizes that treatment usually fails the first go around, and often the patient relapses. The country’s health experts are fully aware of that and stress that, and the door should never close. The patient should be kept inside the health system, not discriminated against it because of failure. However, society is different. “The [U.S. social] support system is not as robust,” says Nadelmann. Also, he believes that there is less tolerance for addiction. “There is a much stronger tradition of sobriety being a moral issue,” says Nadelmann.

Before Portugal developed its approach, Félix da Costa, explained that there were vast amounts of long-term drug users who never had any access or option for treatment. “I’ve had cases of people who had been doing drugs for 30 years, and coming [to my practice] was the first time they went into treatment,” he adds.

Portugal’s reform highlights a humane approach over punishment and a government actively ready to put money and resources behind it, could mean fewer people go unnoticed and unnoticed. Those whose lives have been destroyed by drug addiction, Félix da Costa says, like the gentlemen he used to see outside his building every day, are rare.