Suicidal students are pressured to withdraw from Yale 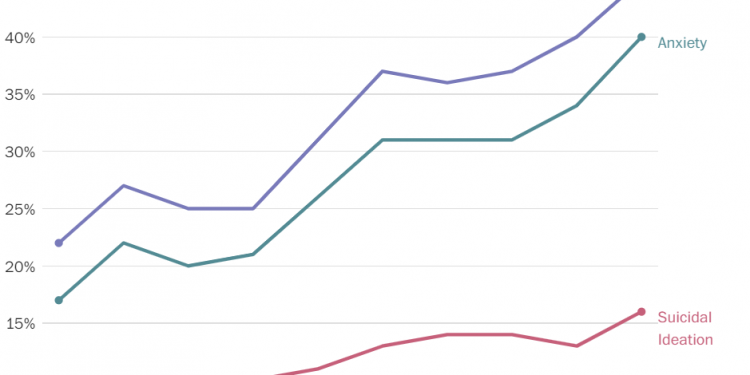 Students experiencing suicidal thoughts and other mental health issues say Yale University has pressed them to withdraw from the school.

Yale has come under fire for its withdrawal policies. A group called Elis for Rachael, which was founded by former students who lost a friend to suicide, has held vigils on campus in her memory, donated money to students navigating the reapplication process, and called on administrators to change their approach to mental illness and suicide.

Andrea was a Yale student who struggled with depression. She contacted the university’s mental-health center for help and received counseling and medication. However, during her last week of classes, she lost her ability to function, began drinking heavily, and contemplated suicide. Ultimately, she was hospitalized against her will.

In a statement released on Thursday, Yale University’s dean apologized and said that the university will continue to work to improve the situation, but it needs to go further. Students with mental illness should not be forced to leave school because they’re suffering from depression. Instead, they should be given the opportunity to seek help.

Yale University’s policies have caused controversy among students and parents. The university argues that it needs to keep students safe from harm while staying within the Americans with Disabilities Act protections and avoid a federal complaint. But it’s also trying to protect itself from federal lawsuits in the event a student commits suicide. However, the school has been slower to provide adequate mental health counseling to students who don’t want to leave.

The students who have been forced to withdraw from school are left with a difficult road ahead. In many cases, it’s impossible to return to the same school without help. Even if they are successful, they must overcome many obstacles in order to return. Fortunately, Yale is one of the most respected universities in the country.

Many young people struggle with mental health issues and are at risk of suicide. According to the National Center for Biomedical Information, suicide is the second leading cause of death among college students. Nearly a thousand students die each year. Universities have struggled to deal with the crisis and are criticized for not having adequate mental health services.

One student filed a lawsuit against the school after he attempted suicide. He contacted school counselors and attended group therapy sessions in the first semester, but after a difficult second semester, he felt overwhelmed by his feelings and took an overdose of an anti-depressant drug. He tried to vomit the pills, but was unable to do so and went to a medical center.

The Jed Foundation’s mission is to improve the mental health of students, and its work is guided by two principles: support for student well-being and prevention of suicide. The Jed Foundation collaborates with higher education institutions across the U.S. to review their policies and mental health programs. It also evaluates campus-level strategies, and the JED team provides regular consultation and action items.

Donuts, cereal and pizza should be redefined as DRUGS: Scientists say highly processed foods are just as addictive and harmful as CIGARETTES