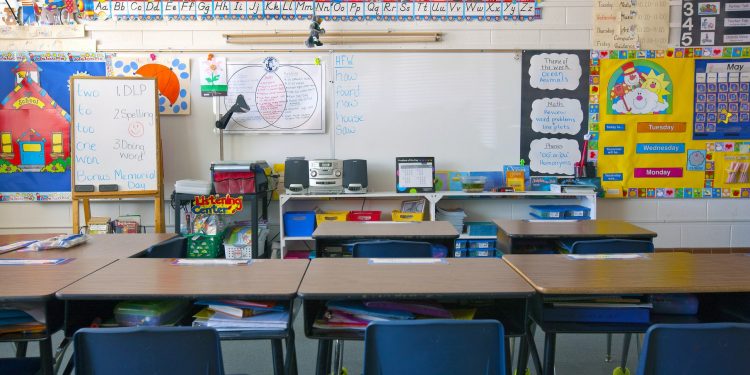 The nation’s fifth-largest school district of Clark County, Nevada, will return to in-person education “as quickly as possible” following a “surge” of student suicides in and around the county’s central city, Las Vegas, according to The New York Times.

The shocking news of a rash of student suicides in Nevada has school districts across the country rethinking the strategy of in-home and online learning amid the ongoing coronavirus pandemic and reconsidering their position that students might fully recover from a year spent out of the company of peers.

“The spate of student suicides in and around Las Vegas has pushed the Clark County district, the nation’s fifth-largest, toward bringing students back as quickly as possible,” the NYT reported Sunday. “This month, the school board gave the green light to phase in the return of some elementary school grades and groups of struggling students even as greater Las Vegas continues to post huge numbers of coronavirus cases and deaths.”

Mental health, they say, is intrinsically linked to physical health — something few entities considered during the virus’ first wave — and even though the risk of contracting and spreading the novel coronavirus remains high in places like Nevada, the risk of losing a generation to isolation-driven depression and anxiety is weighing heavy on administrators.

“Superintendents across the nation are weighing the benefit of in-person education against the cost of public health, watching teachers and staff become sick and, in some cases, die, but also seeing the psychological and academic toll that school closings are having on children nearly a year in,” the NYT continued. “The risk of student suicides has quietly stirred many district leaders, leading some, like the state superintendent in Arizona, to cite that fear in public pleas to help mitigate the virus’s spread.”

“When we started to see the uptick in children taking their lives, we knew it wasn’t just the Covid numbers we need to look at anymore,” said Jesus Jara, the Clark County superintendent told the outlet. “We have to find a way to put our hands on our kids, to see them, to look at them. They’ve got to start seeing some movement, some hope.”

Student mental health has become a hot topic in recent days, as some of the nation’s larger school districts, like Chicago’s and New York City’s, discuss an imminent return to in-person learning. Some districts, Newsday reports, are even considering hiring full-time counselors for students struggling either with a year spent out of the company of other students, or the difficulty in adapting to a constantly changing social environment.

WaPo notes that the number of mental health-related emergency room visits has skyrocketed across the board — even for children as young as age 5.

“Mental health problems account for a growing proportion of children’s visits to hospital emergency rooms, according to the Centers for Disease Control and Prevention,” the outlet noted. “From March, when the pandemic was declared, to October, the figure was up 31 percent for those 12 to 17 years old and 24 percent for children ages 5 to 11 compared with the same period in 2019.”

Expert who spoke to the NYT and to WaPo both note that the mental health issues are separate from academic ones and that students can do well academically but may have difficulty functioning “in isolation.”

School districts are, in many cases, returning to in-person learning, but the process is slow. Both New York and Chicago anticipate returning by February 1st. Clark County says it will return as soon as possible.

The Daily Wire is one of America’s fastest-growing conservative media companies and counter-cultural outlets for news, opinion, and entertainment. Get inside access to The Daily Wire by becoming a member.