The Effects of Immunity in Human Relationships

by Johnson
in Featured, general, Resources
0 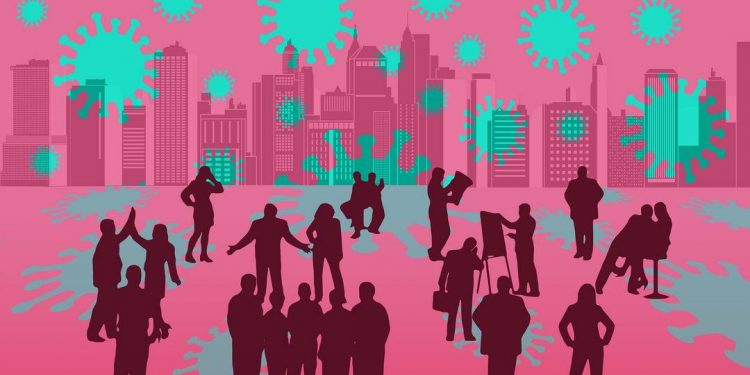 Recent exciting studies indicate that immunity has an impact on human relationship and their lives.

Currently, the coronavirus pandemic has created an awareness of the functions of immunity in people’s lives. For instance, many people in various professions and industries have realized the importance of enhancing and maintaining a robust immune system during these times while working.

However, additional findings reveal how immunity affects the human relationship rather than what COVID-19 has taught people. Studies indicate the immune health also influences human communication, family, and friends.

Due to the pandemic factors, people have learned that immunity patterns influence many aspects of their lives, including their mood in decision making. Thus said, how the immune system functions appear to affect relationships too.

The connection between immune and relationship is a developing concept that may give people new ways of improving their interpersonal relationships.

Years of advanced scientific studies have verified how the immune system has significant roles, apart from preventing infections. Understanding the function of the immune cells gives researchers ideas on how different diseases affect people.

Also, scientists realize the value of immunity functions and how it impacts human thoughts and emotions. For instance, disordered immunity, signified by increased inflammation, has been intensely linked to depression. Increased inflammation levels also contribute to both short and long-term severe cognition problems.

Regarding the human relationship, the impacts of immunity to cognitive state and mood is a significant concern. It is even more interesting to realize the link between immunity and relational bonds.

Some research indicates that high inflammation levels cause social disengagement and withdrawal. Such explanations clarify the likelihood of a direct course of poor relationships due to an imbalanced immunity.

If altered immunity results in social withdrawal, one would expect to notice social isolation linked with a notable rise in inflammatory markers. However, additional research also shows that isolation may also cause inflammation.

The notion that social isolation affects human immunity needs careful studies, especially at these times, where there are extensive social distancing rules.

Stress and the Immunity system

The biological routes involving immune function and human relationships are also the field of keen research with stress effects being a significant concern. There is an identified connection, particularly to the social, interpersonal communications and the immune function.

The other explanation linking the immunity and social interactions may comprise dopamine, a brain chemical responsible for human behavior. Animal studies have particularly revealed that dopamine signaling influences immune signaling too. Furthermore, inflammation only may harm dopamine neurons.

Final thoughts From the Recover

In short, there is a significant understanding of the existence of the two-sided connections between human interpersonal relationships and the immunity system. A vulnerable immune system, especially during inflammation, has a considerable impact on the brain’s functions. It contributes to social isolation feelings, including other mental conditions that may compromise human interactions and relationships. Likewise, the quality of human relationships may affect their immune system health.

Besides, if you realize the current pandemic has affected your immunity and mental state, consider visiting a rehab center near you for professional treatment and support.