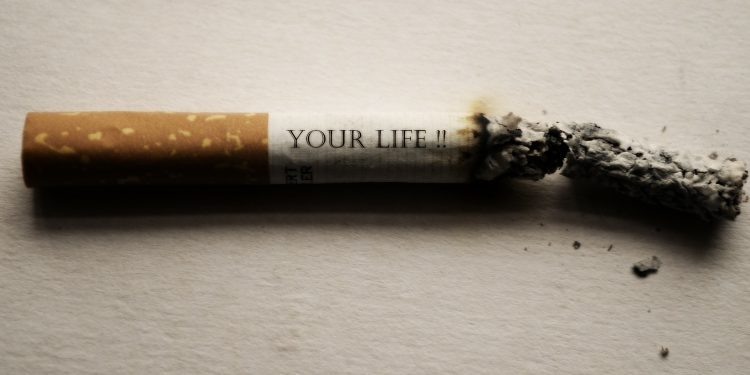 Nicotine is one of many stimulants that creates alertness and pleasurable sensations in the brain. You can find nicotine in tobacco products like cigarettes, cigars, pipes, and chewing tobacco. Although nicotine can also be found in dissolvable products and electronic cigarettes. People become addicted easily to cigarettes and similar products that contain nicotine because of the way nicotine products only a brief duration of pleasure at a time. Many describe this as chasing the high.

Some smoke moderately while others engage in chain-smoking, the action of smoking several packets of cigarettes in one day. Smoking is so difficult to quit that some continue to smoke after they are diagnosed with lung cancer from smoking too much. When cigarettes are taken away from the person, they often become agitated to point of arguing and pleading for their cigarettes back. The question is why nicotine can have such a serious psychological hold on people.

Treatment programs take various approaches to nicotine dependence, but some people still return to their old habit after treatment. A noteworthy thing about nicotine that many do not commonly know about is that nicotine can be as addictive as heroin, one of the world’s most addictive substances.

Nicotine use leads to the same symptoms as an addiction to illegal drugs, tolerance, withdrawal, and cravings. Tolerance is when the brain gets used to the amount of nicotine the person is ingesting and adapts by reducing the number of brain receptors for nicotine. The pleasurable effects of nicotine decrease as tolerance to nicotine increases.

In most cases, this motivates people to use more nicotine by smoking more cigarettes or adding higher nicotine levels to their e-cigarettes. However, others may try to quit smoking and that is when they encounter withdrawal for the first time. 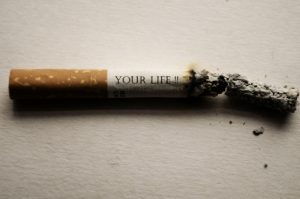 Anxiety alone can cause concentration problems and is unpleasant enough to seriously disrupt a person’s daily routine. So, it is no wonder that when you take away someone’s cigarettes, even if they asked you to do it, that they will start begging you to give the cigarettes back within a few hours. You cannot blame them, but you can find them a good drug rehab center that will provide resources to quit.

Intense cravings to start smoking again are another symptom of nicotine addiction and are often enough to push someone over the edge to relapse. Imagine dealing with withdrawal symptoms and urges to smoke again on top of that. Let’s explore why such negative effects can result from initially pleasurable sensations.

Your Brain on Nicotine

The brain is like sponge that is malleable and changes form according to what you let that sponge soak up. If you give the brain a certain substance over a certain period of time, then the brain will create new neural networks called brain circuits that become hard-wired for using that substance, which creates expectations. Specifically, the brain changes based on what attaches to the brain’s receptors.

When nicotine binds to receptors in the brain, a vast quantity of endorphins is released which induces a brief mental state of euphoria. This is the high that people chase when smoking. What makes people become addicted to nicotine is the action of the neurotransmitter dopamine. What’s interesting is that dopamine and endorphin releases are normal processes that happen in the brain, but nicotine exaggerates and controls their release unnaturally.

Dopamine reinforces drug use behavior, partly because dopamine induces pleasure. Long-term dopamine release leads to addiction, withdrawal, and changes brain areas for learning, self-control, and stress. All of these changes are what make quitting nicotine so challenging to manage in treatment programs.

Effects of Nicotine on Health

Many already know that it is all the other chemicals like tobacco and carcinogens in cigarettes that cause all the harmful health effects of smoking. However, research shows that even nicotine alone is linked to serious health problems later on. Nicotine related health problems include decreased immune system function along with respiratory, cardiovascular, and gastrointestinal disorders. Some of these can be deadly. Cancer is even a risk because nicotine increases the prevalence of DNA mutations which can lead to uncontrolled cell growth.

Smoking with tobacco can lead to lung disease which damages the insides of your lungs and your windpipe. When you smoke you are forcing toxic chemicals to go down your throat and into you lungs and even if for a brief time, this continuous exposure from chasing the high adds up. Cancers of the esophagus, kidney, bladder, larynx, liver, pancreas, stomach, lungs, and trachea can all be caused by long-term smoking. Unfortunately, drug rehab itself cannot reverse these health effects, although there is hope with chemotherapy.

The three main types of nicotine addiction treatment are behavioral therapy, nicotine replacement therapies, and medications. Behavioral therapy believe that smoking is a reward that entices the person to continue smoking, so this treatment often involves positive reinforcement of non-smoking behaviors, developing skills for recognizing tempting situations, and ways to avoid temptations. Nicotine replacement therapies involve medications that replace cigarettes and other harmful products that contain nicotine. These substitute substances include:

There are other medications like bupropion and varenicline that block receptors in the brain that receive nicotine, which decreases withdrawal symptoms and cravings.

Where to Find Help for Escaping Nicotine

At the Recover, we have looked at enough research articles to realize that quitting nicotine can be just as challenging as stopping heroin. Any addiction can make a person feel powerless over the substance and the shame that follows relapse can be discouraging. We are here to encourage you to find the right treatment programs by supplying information of the variety of treatment programs that currently exist.

The Recover is an unbiased substance abuse and mental health news provider that contains information about drug and alcohol addictions and interventions. We also provide information about West Virginia centers for addiction recovery. If are battling an addiction to nicotine, call (888) 510-3898 to speak with a treatment specialist who can help you find the right drug rehab center for you.