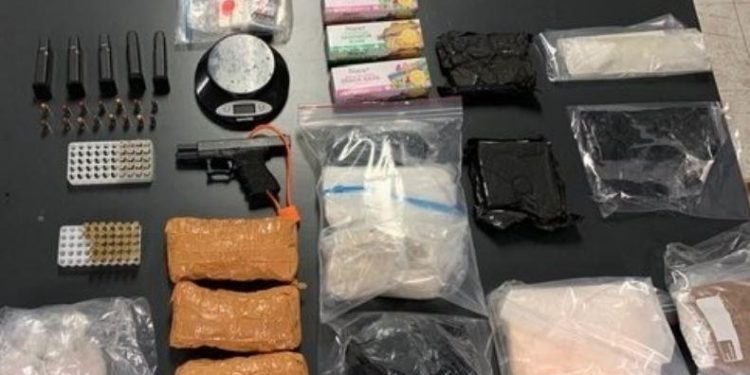 The authorities of Orange County have seized over 18 pounds of fentanyl, enough to create four million lethal doses. The estimated street value of more than $1.25 million. According to the authorities, last week’s raid surpassed almost half the amount of fentanyl seized by authorities in the county during all of 2018. Experts are concerned with the reports- a sign that the drug is not going away.

Investigators issued a search warrant and arrested the suspect Rudolph Garcia, 60, on multiple drug charges. Reports also indicated that police had to remove a semi-automatic handgun, heroin, methamphetamine, and $71,000 in cash.

“The threat this extremely potent drug poses to our community is increasing exponentially, not subsiding,” stated Sheriff Don Barnes in a statement.

The current crisis of opioid is still very prevalent; in 2017, there were 47,000 opioid deaths. Since the invention of fentanyl, it has taken the streets by storm, hidden in street drugs- putting casual drug dealers in harm’s way. It is 50 times more potent than heroin.

Fentanyl has been the reason behind deaths of musicians Mac Miller and Prince — and just recently took the life of angel star Tyler Skaggs.

As the whole country felt the impact, the total economic cost of the crisis, declared a public health emergency in 2017. The cost reach numbers as high as $631 billion from 2015 to 2018, according to data collected by the Society of Actuaries (SOA). For example, that is more gross domestic product of such countries as Belgium, Sweden, and Taiwan.

AmerisourceBergen, Cardinal Health, and McKesson Corporation, three of the country’s largest drug distributors and one manufacturer Johnson and Johnson, have offered over a total of 50$ billion to settle the 2,000 lawsuits that have been filed by town, cities, and counties across the nation.

Tribal governments are also seeking settlements; with the agreement, the companies would avoid going to trial.