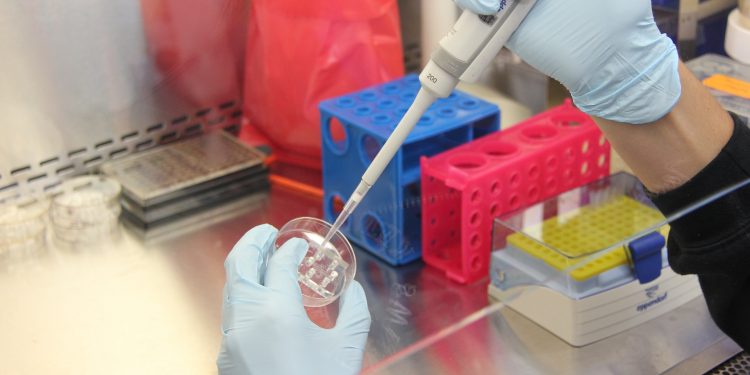 As lawmakers continue to dismiss cannabis as only a recreational drug, now may have a different stance. New studies uncovered actual medical potential in cannabis, especially when it comes to helping patients relieve their feelings of pain. According to the journal Phytochemistry, this claim comes from unfamiliar known chemicals in marijuana and has significant potential to form the foundation for nonaddictive pain relievers of the near future.

Researchers at the University of Guelph, wrote the paper published in the journal’s August issue, which claims how the Cannabis sativa L plant generates two molecules, cannflavin A and cannflavin B, that was discovered in 1985 to be almost30 times more effective than aspirin by weight at decreasing inflammation in cell models.

“There’s a need to develop alternatives for relief of acute and chronic pain that go beyond opioids,” Tariq Akhtar, Ph.D., assistant professor of molecular and cellular biology, explained. “These molecules are non-psychoactive, and they target the inflammation at the source, making them ideal painkillers.”

Even those people who are familiar with the cannabis autonomy, cannflavin A and cannflavin B, which belong to the flavonoid family, maybe alien names.

During the study, the team analyzed the genome and biochemistry of marijuana to distinguish the genes responsible for creating the two cannflavins along with a chain of chemical reactions that produce them. Since the study of marijuana has been so limited, this is the first time this biological process has been documented.

Akhtar and his partners believe this will encourage scientists to develop opioid alternatives for patients living with either acute or chronic pain. Rather than interacting with the brains opioid receptors, they would focus on reducing inflammation at the site of pain.

As of now, most of the scientific and popular attention goes to Δ9-tetrahydrocannabinol (THC) and cannabidiol (CBD), two of the compounds that are abundant by volume.

THC can help treat chronic pain; however, it has also been connected to psychosis with daily and heavy use. CBD, on the other hand, is the vital ingredient in Epidiolex, the first FDA-approved marijuana-based medicine for youth seizure disorders, although its long-term side effects are inadequately understood.

In the future, if they are synthesized in large enough quantities, cannflavin A and B, can be just as accessible and more beneficial. Due to the groundbreaking results, Akhtar and other members of his team have applied for a US patent to await the final results of the research. They hope that with their discovery, they can produce a new class of cannabis-derived products that are not already stigmatized as negative.