by James William
in Featured, Questions about Rehab
0 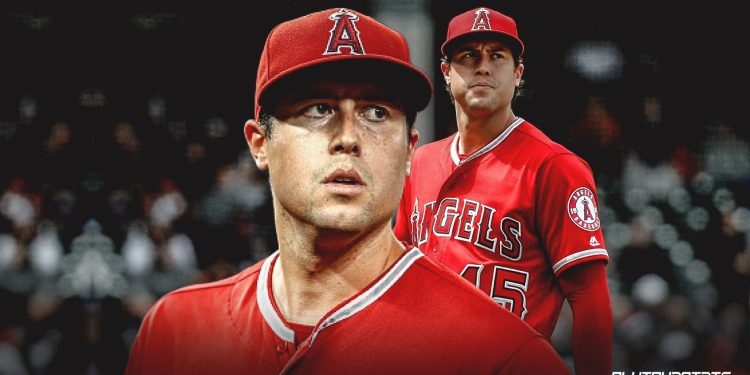 During a month of addiction awareness and overdose prevention, the news of a late Los Angeles Angels pitcher star cause of death stunned a few teammates. Mike Trout expressed in a news conference that he was surprised to learn about the details leading up to the death of his teammate. However, said he it doesn’t change his love for Tyler.

A medical examiner located in Texas released his reports regarding Tyler Skaggs cause of death. The reports stated that he had died of an accidental overdose from a toxic concoction of fentanyl, oxycodone, and alcohol. Skaggs was found unresponsive in his hotel room hours before the team was set to play the Texas Rangers. The first reports only released little information out of respect for the players family and the team members who were involved. However, the examiner confirmed Skaggs was found on July first drowning in his vomit due to accidental overdose.

“It’s pretty crazy. It doesn’t change my view on Tyler,” Trout said Saturday during an interview. “He made a big impact on my life and this team.” Trout also discussed how he was shocked that an Angels employee may have had some involvement.

The investigation is still ongoing and is being conducted by a private investigator with the help of the Texas Police department.

“When stuff comes out, you want to know if it’s true. … If I knew I would have said something or did something,” Trout announced. “Just a tough situation when this came out. Tough to put your mind to it.”

Skaggs was discovered unresponsive by police after members grew worried at the Hilton Hotel in Southlake, Texas, shortly after 2 p.m. Skaggs was pronounced dead at the scene. The pitcher died only two days after his last start with the Angels, one of 15 in 2019

Skaggs was selected by the Angeles as a first-round pick in the 2009 big league draft, right after he graduated high school. Tyler was then traded to the Arizona Diamondbacks in 2010, starting his Major league career, making 13 appearance over the two he was there.

Tyler Skaggs was born in Woodland Hills, Calif., and married his wife, Carli, in 2018 at the end of the season. The former Angeles pitcher lived in Santa Monica at the time of his death.

The investigation is still ongoing.