by James William
in Featured, Questions about Rehab, Treatment
0 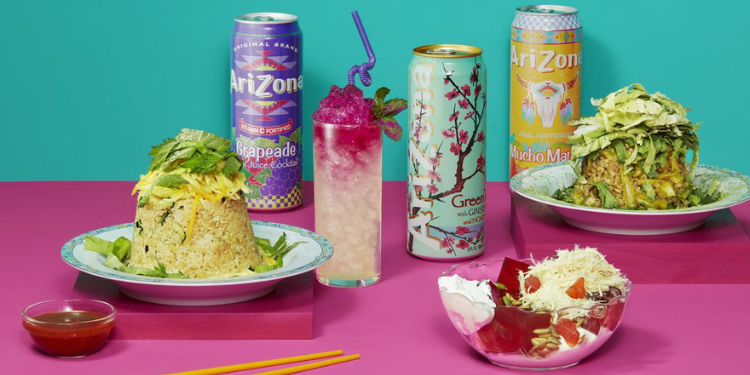 As companies hop on the cannabis money train more and more of America’s favorite snacks are becoming “cannabis-friendly.” The privately held Arizona Beverage company, famous for their ubiquitous seafoam-green iced tea bottles that seem to inhabit every 7/11 store in the country has announced their plans for a new business venture. According to their press conference, their team has organized a licensing deal with Dixie Brands, a company that specializes in making drinks, chocolates, and gummies laced with marijuana.

Now that the two companies have teamed up, Arizona will launch a line of THC-infused goods that Dixie, which runs in six U.S. states where pot is legal, will produce and distribute. The new line will be white-labeled with Arizona’s name.

Already a massive name in the snacking industry and munchie category they plan on releasing vape pens and gummies but have plans to expand to drinks like lemonade, soda, coffee, seltzer, and yes, iced tea. Every stoner’s dream will soon be a reality has plans for a new era of Arizona Ice tea emerges. Arizona’s spokesperson reported that the products would be sold in five states, to begin with, California, Colorado, Maryland, Michigan, and Nevada—with plans of expansion U.S. and possibly Canada, Latin America, and Mexico as regulation states.

Launching dates are still being discussed, although the companies hope to get the new line of goods into stores as soon as possible. Arizona also announced that if sales are doing well, the deal also allows Arizona the right to buy a stake of up to $10 million in the marijuana company.

As companies buzz about dabbling in the CBD world, regardless of the legal status, Arizona is the first one to go balls to the wall in the cannabis side and cash in big. Arizona is labeled as a private company which allowed for an easier switch. In additon, Heineken launched a THC-infused sparkling H2O under its Lagunitas brand that’s for sale in California clinics. Another well-known company, Anheuser-Busch InBev, invested in a Canadian cannabis company back in December to investigate nonalcoholic beverages containing THC and CBD.

As of now, cannabis is legal for recreational use in 11 states and medical use in more than 30 states. It remains prohibited by federal law.