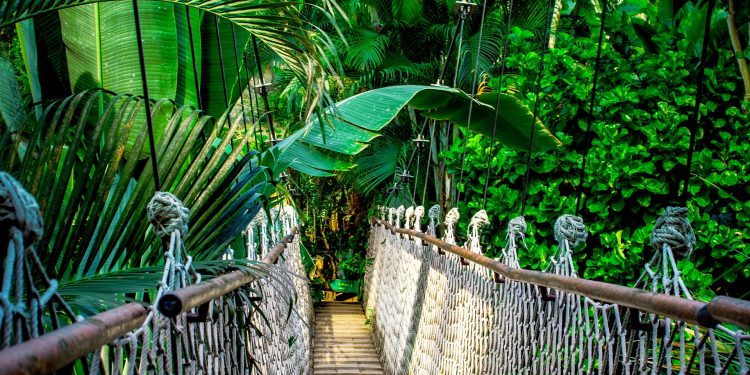 New research reveals a more profound look and understanding into the South American super-drug known as- Ayahuasca – a ‘psychedelic brew’ made from vines and leaves in the Amazon jungle, which is popular with celebrities like Sting and Lindsay Lohan. The drug distorts brain waves to create a vivid ‘waking-dream’ state and has been traced back to thousands of years to the earliest of shamans and native Americans.

The drug, used as a traditional spiritual medicine, contains dimethyltryptamine (DMT), a hallucinogenic drug that is illegal in the UK.

Dr. Robin Carhart-Harris, head of the Centre for Psychedelic Research at Imperial College, stated: ‘DMT is a particularly intriguing psychedelic.

He added in his research reports, ‘The visual vividness and depth of immersion produced by high-doses of the substance seem to be on a scale above what is reported with more widely studied psychedelics such as psilocybin or “magic mushrooms.”’

The team of experts, gave 13 volunteers a dose of DMT, before fitting them with electroencephalogram (EEG) headgear to detect the brain’s electrical activity before, during, and after their hallucination experiences.

They discovered, the ‘peak psychedelic experience’ continued for about ten minutes and affected the volunteers’ alpha and theta brain waves.

“The changes in brain activity that accompany DMT are slightly different from what we see with other psychedelics such as psilocybin or LSD, where we see mainly only reductions in brainwaves,” noted Researcher Christopher Timmermann.

He added, ‘Here we saw an emergent rhythm that was present during the most intense part of the experience, suggesting an emerging order amidst the otherwise chaotic patterns of brain activity.’

Dr. Carhart-Harris concluded: ‘It’s hard to capture and communicate what it is like for people experiencing DMT but likening it to dreaming while awake or a near-death experience is useful.”

‘ending his report, he wrote, “We sense that research with DMT may yield important insights into the relationship between brain activity and consciousness, and this small study is the first step along that road.’

The team hopes that through this small yet impactful study, the world will open their eyes to the wonders and possible mental health benefits this drug can bring. The researchers expect their findings will unlock the door to further tests using more sophisticated tools like a functional MRI scanner.

The findings were published in the journal Scientific Reports.

Sting: ‘[I felt] something coursing through every cell in my body — like an intelligence searching for everything. And I am wired to the entire cosmos! I see a crack in the ground, and inside I see a flower growing … it’s my brother – everything! And I realize for the first time this is the only genuine, religious experience I’ve ever had!’

Lindsay Lohan: ‘I did ayahuasca. It changed my life … [I let go of the] wreckage of my past.’

James Scott: ‘I hallucinated for four to six hours … It was truly the most important thing I have ever done. I came back a very different person.’