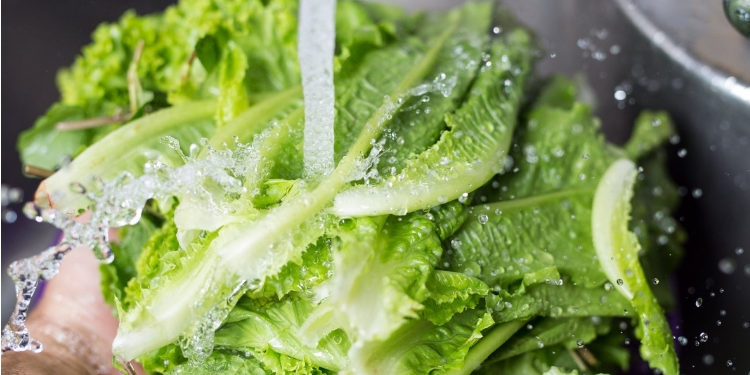 This Thanksgiving the Center for Disease Control and Prevention issued a nationwide warning early Tuesday warning people to not consume any romaine lettuce in the United States. They even urge anyone who has any in their home already to immediately throw it all away. The CDC warns to take caution even if “no one has gotten sick yet from eating it” and if anyone has stored it in their fridge or drawers to sanitize that area right away.  (Read the full CDC report here)

The main reason behind the urgent warning is an outbreak of a strain of E. coli linked to romaine lettuce. Shiga toxin-producing E. coli O157: H7 strain has been linked to thirty-two people in 11 states have been reported sick and 13 of them were hospitalized. Canada is also hurting with 18 people infected.

The symptoms take about three to four days after exposure and can vary depending on the person. Symptoms include severe stomach cramps, diarrhea (often bloody), and vomiting. No deaths have been reported.

They do not know where the outbreak started but they do know for a fact it is linked to eating romaine. Romaine has been a topic of concern earlier this year with an E. coli outbreak that lasted four months from March through June. The total number of people infected reached up to 210 and killed five, while 96 were hospitalized. According to CDC reports they were able to trace back where the outbreak began in Yuma, Arizona.

The reason lettuce becomes contaminated with bacteria is due to consumers not buying heads of lettuce and washing, prepping it themselves, and within the past couple of decades, sales of precut and bagged greens have exploded. While these mixed greens wind up in our homes and at restaurants already washed and tossed into a bowl, during the processing bacteria are able to live and flourish in the leafy moist greens.

According to Bill Marler, one of America’s leading food safety attorneys who is representing families affected by this year’s earlier outbreak told a Vox reporter, “When you bag and chop [salad], bacteria just gets amplified — and when you ship it across the country, the bacteria has a chance to grow in the bag.”

The CDC is pleading with restaurants and retailers not to “serve or sell any romaine lettuce, including salads and salad mixes containing romaine.”

Play it safe this Thanksgiving and save the family a trip to the restroom. Avoid eating any romaine lettuce until the CDC has proven it is safe to consume.