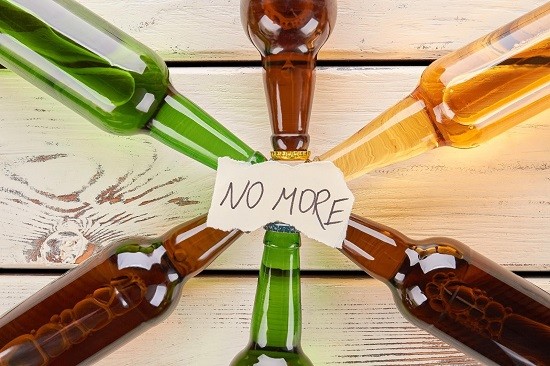 If you decided to attend college within the past decade or two, you’re likely no stranger to the culture of excessive drinking and partying found across most campuses. Whether witnessing it or even partaking in it, behaviors such as binge drinking until you’ve blacked out is a common Saturday night for many students.

Many college students often feel expected to drink while attending school  — which isn’t too surprising when you consider that students’ peer relationships have been consistently linked to their alcohol use. On top of that, in places like the U.S., the culture of drinking while in school is extremely prevalent throughout society and is often glorified on TV shows, movies, and even in advertisements at times. Unfortunately, mixing these harmful college drinking habits on top of the typical everyday stressors often arising from classes, homework, and deadlines, and you’ve got a deadly concoction for alcohol addiction.

The Dangers of Normalizing Alcohol Abuse

The prevalence of alcohol addiction among college students is too often written off as typical adolescent behavior and antics. Sadly, this kind of normalization of alcohol abuse has lead to many students developing an unshakable alcohol addiction that goes on to affect them for years  — long after they’ve graduated.

While drinking among young adults has dropped in the last several years, dropping from 61.4% in 2013 to 54.3% in 2019, it’s still important that everyone continues working towards reducing the harmful impacts of alcohol addiction. Addressing alcoholism and binge drinking within university culture isn’t just about preventing addictions and unhealthy coping mechanisms from forming, but to protect students as well. Beyond addiction, alcohol abuse can lead to several other dangerous consequences, including assault and even death.

One of the keys to addressing and fixing this serious alcohol problem among universities and college students is by first recognizing it as a problem. If we as a society continue to think of things like excessive drinking as simply, “part of the college experience,” the more of those who will be left struggling once all the fun is over.

The Physical Toll of Alcohol Abuse

Many college students may not realize it yet, but forming an alcohol addiction at a young age can eventually lead to health issues later in life. While many tend to picture an alcoholic’s life as someone who just spends all their money on alcohol and nothing else, what that mental picture is missing is the many physical and mental impacts of alcoholism.

Another misconception of alcoholism is only thinking of the liver when considering the physical consequences of college drinking, but alcohol affects more than just that. For example, years of excessive drinking can lead to complications within your circulatory system. Those at Center for Vein do a good job of describing exactly how drinking affects our veins:

Call for a Free Confidential Assessment

Consider that alcohol increases your heart rate, causing it to pump more blood more quickly. The sudden influx of blood places greater stress on your veins, especially in the lower extremities. As the alcohol strains your veins, it also occupies your liver, which otherwise filters and detoxifies blood. Without the liver’s assistance, your blood greatly thickens, causing the veins to further distend.

Beyond aggravating your veins and liver, alcohol also affects almost every major organ in your body. From weakening the heart to impacting brain development to interfering directly with kidney functions, alcohol can wreak serious havoc on the body. Additionally, beyond the pain and stress that these conditions can cause, getting medical treatment regularly can quickly lead to financial strain as well. Many students may not be able to see the irreversible consequences of alcohol addiction now, but they likely will later in life. For some though, it might be too late by the time they realize the seriousness of their alcohol abuse.

The Cycle of Stress and Alcohol

It’s no secret that there are a variety of reasons to be stressed, depressed, and anxious as a college student: Schoolwork, internships, sporting activities, exams, social gatherings, and of course, the pressure to do well in the hopes of securing a job post-graduation. All these different pressures can cause an extreme amount of mental strain, and turning to alcohol as a way to relieve that stress is a common habit among students.

Having an alcohol addiction in college can quickly become a deadly cycle for some. Students may lean towards alcohol not only due to social pressures but also as a stress reliever. Unfortunately, by relying on alcohol throughout college, it becomes harder and harder to form important healthy coping mechanisms. This is dangerous because, as many graduates know, the stress doesn’t end once graduation is over.

On top of stressful classes, teachers, and grades, most students will eventually have to cope with the stress of paying off thousands of dollars in student loans. Without establishing healthy ways to handle life’s curveballs, incidents such as defaulting on student loans or being laid off from a dream job can cause people to spiral deeper and deeper into alcohol abuse. It can be easier said than done to repair credit or find a new job but not impossible, and the fresh start can be rewarding.

It’s Time For a Change

The picturesque college experience often goes hand-in-hand with late-night parties, red solo cups, and plenty of booze to go around. At least, that’s what most people expect when entering college for the first time. However, it’s time as a society and as a culture to finally change this dangerous perception of college and alcohol abuse. Instead, it’s time to better promote drinking in moderation, even after a stressful final exam, as well as advocate for the utilization of positive resources on campus to help deal with stress.

Many schools already work to reduce alcohol abuse, however, working to change our collective attitude towards it can also help. It’s also necessary to give more compassion and understanding to those currently struggling with alcohol abuse and comfort those who dare to recognize they have a problem. The longer we continue to turn the other cheek to alcohol abuse within adolescents attending college, the more and more people whose lives will be irrevocably impacted by alcohol.