Conflict of Interest: Vapor Products and the Master Settlement Agreement 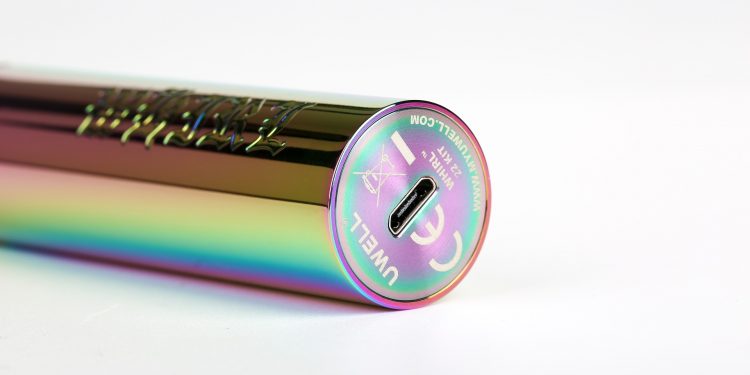 Americans have been presented with a slew of headlines in recent weeks proclaiming a reality in which vaping is deadly. The full story is carefully hidden behind the scenes.

Cigarettes have been killing Americans for generations to the tune of 480,000 deaths per year according to the CDC. Pharmaceutically crafted cessation aids like patches, gums and other products have generated billions of dollars for these companies while producing unimpressive success rates. Over the past decade vaping has had a profound impact. Former FDA Commissioner Scott Gottlieb stated “I believe if every currently addicted adult smoker switched completely to e-cigs it would provide a tremendous public health gain.” Millions of adult Americans have successfully transitioned away from combustible cigarettes to vaping options which the Royal College of Physicians has declared to be at least 95% less harmful.

Underage use of vapor products dominates national headlines. Federal governmental agencies are rightfully concerned about youth usage of vapor products. To combat this legislators have been clamoring for the prohibition of vape flavors. After protracted fights in State legislatures across the country, lobbyists and concerned citizens have fought over vaping prohibitions, all of which have failed to become law. Governors however are intervening by issuing unilateral declarations of emergency, thereby banning flavored vape juices for all citizens. Simple possession of more than 4 bottles in Governor Whitmer’s executive order in Michigan will be punishable by six months in prison. The effects of these actions may prove to be devastating for millions of adults. Meanwhile, thousands of responsible retailers are left with no recourse.

Premium Vape Supply is a prime example of a responsible retailer, dedicated to ensuring adults 21 and over only have access to vapor products. Premium Vape Supply utilizes advanced age verification software, so strict that often legal adults have to go through additional verification in order to make a purchase. Leading brands such as Pachamama, Glas, and Naked 100 more produce fruity and sweet vape juice flavors that are purchased by thousands of verified legal adults over the age of twenty-one. Approximately 9 out of 10 customers are over the age of 27. The decision by Governor Whitmer of Michigan and Cuomo of New York to ban these flavors will lead to Premium Vape Supply blocking customers located in these states from purchasing these products, while combustible cigarettes will remain for sale. While this inconsistency may leave people scratching their heads, the Master Settlement Agreement may provide an explanation.

In response to the devastating health effects of smoking, the Attorney Generals of 46 States sued the major cigarette manufacturers. The manufacturers agreed to pay a portion of their sales back to the States as damages. It was the largest financial settlement in history, a jaw dropping figure that amounts to billions of dollars a year. In other words, between sin taxes on cigarettes and the Master Settlement Agreement, State Governments make billions of dollars a year, so long as people continue to smoke cigarettes.

To make matters worse, States such as California and New York recognized this windfall, and began to sell bonds backed up by the expected payments. An unexpected disruption of this synergistic relationship between Government and Big Tobacco emerged in the form of vapor products. Suddenly millions of Americans have ceased to smoke cigarettes and States panicked. Faced with dire budget deficits and the looming threat of losing a billion dollars a year in tobacco money, they are now acting.

In 2016 the State of New York received approximately 1.4 Billion Dollars via the master settlement agreement. In 2018 that number had dwindled to 650 Million Dollars. S&P issued a warning to Tobacco Master Settlement Bond holders that “the increase in the popularity of alternative products not subject to the Master Settlement agreement” provided a threat to the integrity of the bonds. In 2019, New York Governor Andrew Cuomo issued an executive order to criminalize the sale of flavored vapor products.

A strange mutually beneficial relationship appears to exist between State Governments and Big Tobacco. Politicians are quick to condemn smoking, but equally quick to accept the money that is generated as a by-product. The ban on flavored vaping products could very well discourage the youth from picking up vapor products, but also lifelong adult smokers. Millions of adults who have already switched could very well be back in the deadly grip of Big Tobacco in short order. Surely the resulting increase in Master Settlement payments will apply a band-aid to the budgets of State Governments, but seemingly at the cost of the health and well-being of the people. All the while responsible retailers like Premium Vape Supply and 10,000 other small businesses are being forced to curtail their mission to provide an off-ramp for adult smokers. Youth usage of vapor products is a battle to be fought by everyone, but the reality of what occurs quietly behind closed doors may be of public interest.

The CBD Revolution: A Guide To The Next Evolution Of Self-Care