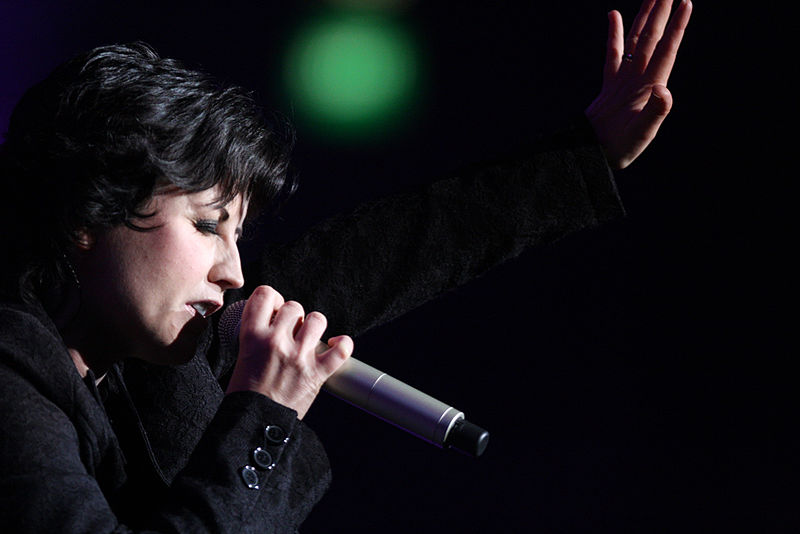 In shocking news, Dolores O’Riordan, lead singer of The Cranberries, died of suspected fentanyl poisoning on Monday, a source in the London Police Department said. The singer was only 46.

Authorities found counterfeit fentanyl near the singer’s bed, as reported to the Santa Monica Observer. They noted that the official cause of death has not yet been determined, and the official cause will be announced after the toxicology report.

Police ruled O’Riordan’s death non-suspicious, which means they found no evidence of foul play. Suicide by deliberate overdose is suspected.

In 2014, Dolores split from her husband of 20 years, which led to hard personal year for the singer. She spoke publicly about suicide and her bipolar disorder, which she was diagnosed with in 2015. She had struggled with her symptoms for years, and in 2014 told the Belfast Telegraph that she had once tried to take her own life. “I tried to overdose last year… I suppose I am meant to stay here for the kids,” she said at the time.

In November 2014, Dolores was arrested and charged with ‘air rage’ on an Aer Lingus flight from New York to Shannon, Ireland. During the fight she became verbally and physically abusive with the crew of the plane, and upon landing was arrested by police. She then resisted, and headbutt at one officer and spit at another. She admitted to media later on that she had been stressed from living in New York hotels after the end of her 20 year marriage.

Her band The Cranberries had just released the new album, Something Else, in April 2017 and were scheduled to perform in North America and Europe, but dates were cancelled due to Ms. O’Riordan’s back problems. The band said that singing put pressure on parts of her spine that caused her pain.

The Cranberries were known for the popular songs, “Linger”, “Zombie” and “Dreams”. Linger she says “I wrote that about being rejected, I never imagined it that it would become a big song”

“Zombie” was a somewhat noisier, angrier song, in response to an Irish Republican Army terrorist bombing in 1993 in the Cheshire town of Warrington. Three-year-old Johnathan Ball was killed when two bombs hidden in litter bins detonated on a busy shopping street in March 1993. Tim Parry, aged 12, died five days later.

O’Riordan was on tour at the time, found herself deeply affected by the tragedy.

“I remember seeing one of the mothers on television, just devastated,” she told Vox magazine in 1994.

“I felt so sad for her, that she’d carried him for nine months, been through all the morning sickness, the whole thing and some… prick, some airhead who thought he was making a point, did that.”

She was specifically offended that terrorists claimed to have carried out these acts in the name of Ireland.

“The IRA are not me. I’m not the IRA,” she said. “The Cranberries are not the IRA. My family are not.

“When it says in the song, ‘It’s not me, it’s not my family,’ that’s what I’m saying. It’s not Ireland, it’s some idiots living in the past.”