Dangerous Abuse of Phenibut Is Increasing among Americans

by Alex Johnson
in Featured, Treatment
0 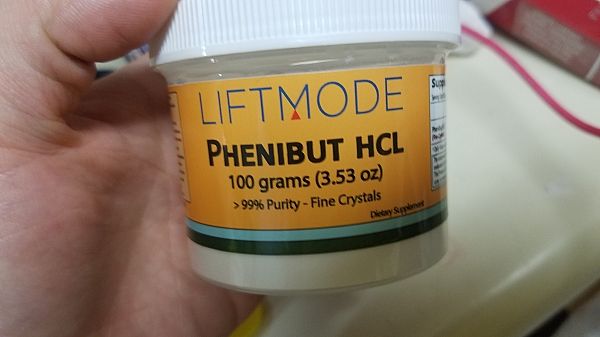 Phenibut is a Russian drug branded Anvifen, Fenibut, and Noofen used to treat insomnia, anxiety, PTSD, and depression, among other conditions.

Phenibut use is on the rise among Americans with sales in the form of supplements and nootropic. Nootropics refer to drugs or substances with chemicals that provide cognitive functions. Phenibut drugs must pass certain standards to qualify as a Nootropics in the United States.

Specific countries such as Russia and Ukraine have approved for medicinal use. However, it is not medically approved in the USA or the European Union but instead sold as an online supplement in America. Also, people use it for recreation purposes, especially to reduce social anxiety and to induce euphoria.

Since the USA lacks Phenibut regulation because the drug is commonly well tolerated, people still may experience its possible side effects, which include:

Higher doses side effects include:

Overdosing also occurs since the effects of phenibut take time before showing up, prompting people to consume more after believing the other dose has not responded in the body.

Also, severe side effects may occur if you combine phenibut with CNS anti-depressants, such as tranquilizers, alcohol, and opioids.

The drug can cause high risks of physical dependency and addiction, which are the main distressing side effects that occur separately. Addiction happens especially when a person takes its high doses, which later triggers its energizing and euphoric effects. This process release chemical in the brains such as dopamine and GABA, which creates a cycle of craving and addiction.

Alternatively, those using it for a few times develop increased tolerance effects so fast, which causes more cravings until a person feels its desired effects. Therefore, the risk of physical dependency starts developing and increases over time with continuous use.

Additionally, if a person becomes physically dependent, trying to quit using the drug can result in mild or severe withdrawal symptoms.

Besides, doctors recommend that people who are physically dependent on phenibut seek medical advice for treatment recovery. This drug requires users to taper off it gradually to avoid these withdrawal symptoms.

Since phenibut is commonly sold online where there is no proper regulation of illegal drugs and substances, most Americans can easily access it. It is the reason why many people are increasingly using it. Reports also indicate it can cause serious withdrawal symptoms, abuse, and risky addictive patterns.

Fortunately, many rehab centers near you can treat phenibut addiction, including its overdose. Therefore, if you or a loved one struggle to stop using it, consider seeking support from a professional rehab center to ensure successful and complete recovery.