by Alex W Johnson
in Featured, Questions about Rehab
0 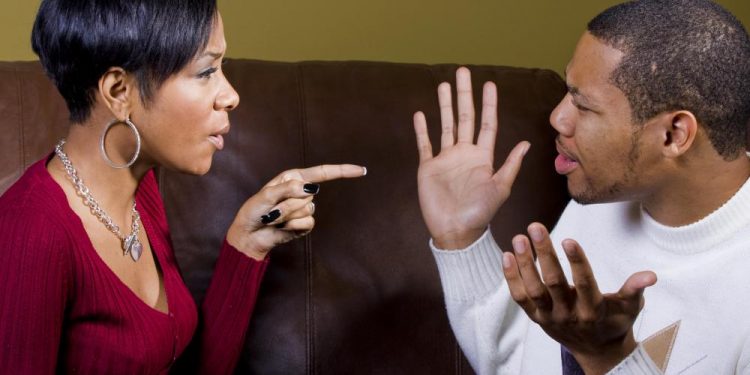 Conflict avoidance is one of the most crucial matters discussed in sessions involving couples counseling. The behavior occurs when one spouse avoids it to protect their relationship from further disagreements.

Sometimes retreating or separating yourself from conflicts makes sense, especially if you may end up in a fight. However, for standard conflicts, withdrawing from communication can drain your partner since he/she may feel insecure.

Furthermore, conflict avoidance to create peace in your relationship will most likely initiate a war inside yourself.

Most marriages with disagreements involve a particular spouse desiring to discuss with the other partner, especially when feeling hurt.

However, if one partner tries communicating his/her feelings over a disagreement, and the other keeps silent, withdrawal becomes the possible action. This repetitive attitude leads to conflict avoidance, which later affects marriages since it causes unavoidable bitterness and unhappiness that ruins a successful marriage.

Stonewalling refers to a form of communication where one partner withdraws from the other by failing to respond.

According to Dr. Gottman’s research on marital stability and divorce prediction, stonewalling is classified as one of the four most destructive habits in marriages. The rest include defensiveness, contempt, and criticism. According to his study, stonewalling predicts divorce rates with over 90 percent precision.

Usually, disrespect involving both spouses is a typical habit associated with this behavior.

Stonewalling also occurs when you suppress emotions due to feeling drained with distress. This condition makes you unable to communicate issues or act reasonably, so you opt to keep quiet.

Sometimes, your partner may intend to discuss certain feelings, but such instances overwhelm you until you withdraw. Though this behavior is typical in men, women too tend to withdraw and avoid communicating on issues.

Studies indicate that stonewalling can ruin your marriage and create health problems such as heart diseases and mental health disorders like anxiety and depression.

How to Manage Stonewalling in a Marriage or Relationship

The best means of controlling stonewalling is trying to communicate your concerns without blaming and judging each other. When contempt and accusations arise in couples, they will begin acting defensively. They will either withdraw or pull out from a communication.

The other way to reduce stonewalling is showing vulnerability and communicating your feelings clearly and honestly.

Additionally, discussing your concerns without putting your partner on the defensive is a significant step to coping and reducing stonewalling habits from any marriage or relationship.

Everyone has challenges with conflict avoidance, whether you are in a relationship or marriage. Besides, conflicts are not necessarily destructive since they help couples understand each other better.

Many couples tend to avoid conflicts and withdraw from communication, believing it’s the best option of protecting their relationship, especially when they feel emotionally drained. However, one key lesson to note is avoiding conflicts can ruin your marriage.

Stonewalling, as a conflict avoidance approach, neglects a partner’s perspective, which eventually leads to emotional separation and divorce.

However, if you learn how to solve arguments and conflicts, your relationship or marriage will improve and create a strong bond for a happy marriage indeed.

Besides, if you want to know more about how you can enhance your marriage’s success in times of conflicts and other challenges, ensure to consult the couples rehab for more advice and support.

Dangerous Abuse of Phenibut Is Increasing among Americans

Helping Your Children Learn to Cope with Anxiety

Helping Your Children Learn to Cope with Anxiety