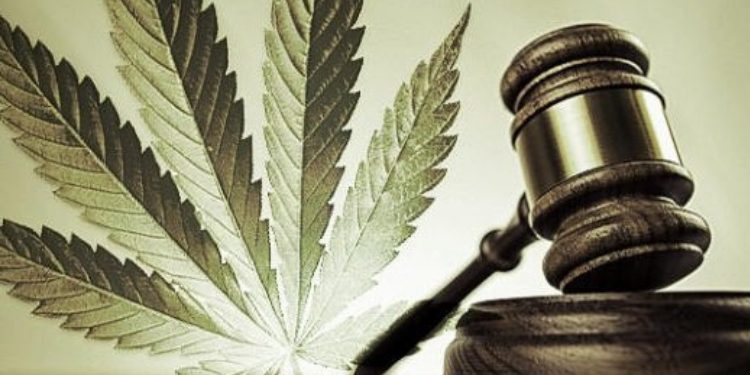 A bill placed to extend protections shielding state medical marijuana laws from federal disturbance is part of a 1,070-bill, that the incoming House Democratic majority plans on passing as part of a strategy to end the ongoing government shutdown.

Cannabis Protection rider has been enacted since 2015 but technically expired with the shut down last month. This leaves medical marijuana patients and providers in a limbo of legality as federal drug enforcement, and prosecution efforts are exempted furlough

According to Section 537 of the Democrats’ new bill,

“None of the funds made available under this Act to the Department of Justice may be used, with respect to any of the States of Alabama, Alaska, Arizona, Arkansas, California, Colorado, Connecticut, Delaware, Florida, Georgia, Hawaii, Illinois, Indiana, Iowa, Kentucky, Louisiana, Maine, Maryland, Massachusetts, Michigan, Minnesota, Mississippi, Missouri, Montana, Nevada, New Hampshire, New Jersey, New Mexico, New York, North Carolina, North Dakota, Ohio, Oklahoma, Oregon, Pennsylvania, Rhode Island, South Carolina, Tennessee, Texas, Utah, Vermont, Virginia, Washington, West Virginia, Wisconsin, and Wyoming, or with respect to the District of Columbia, Guam, or Puerto Rico, to prevent any of them from implementing their own laws that authorize the use, distribution, possession, or cultivation of medical marijuana.”

Hence, if the Senate approves the bill after the house does on Thursday, Trump will sign it into law, meaning state-legal medical marijuana companies would again be protected from law enforcement actions by an agency such as the D.E.A., until September.

Although in reality, it’s a 50/50 chance, as President Donald Trump demands to fund for a proposed wall along the Mexican Border, which the Democrats have refused to support. It is not set in stone if the Republican-controlled Senate plans on sending the appropriations bill to Trump’s desk without any funding for the wall. According to the report, Majority Leader Mitch McConnell (R-KY) and Sen. Richard Shelby (R-AL), the chamber’s Appropriations Committee chair, have both said: “they don’t see a point in voting on something the president won’t sign.”

All in all, broader recreational cannabis laws and people operating under them are not covered under the rider in the Democrat’ bill.

However, the new law also contains upsetting news for marijuana advocates, although the rider blocks Washington D.C. from spending any of their money to legalize and regulate adult-use and sales even though an old 2014 ballot ended the city’s prohibition on low-level possession and home grows.

Last year Mayor Muriel Bower (D) announced that she plans to present a bill legalizing marijuana commerce to the District of Columbia Council in early 2019. Although if congressional Democrats’ legislation is achieved, she will have no choice but to choose between potentially counter federal law or wait until October, when the new bill would lapse.

Justin Strekal, political director for NORML, said in a statement, “Democratic appropriators have been incredibly receptive to ending the absurd prohibition of allowing the District of Columbia to implement their laws as voters intended.” “Those who would seek to maintain this punitive restriction do so against the very foundation of our federalist structure under the Constitution.”

Next year brings the possibility of a broader rider protecting states with recreational marijuana laws, not just on medical cannabis.

Incoming House Appropriations Chair Nita Lowey (D), the author of the current large-scale spending bill, wrote, “The only differences between what I will introduce on Thursday and the Senate bills from the 115th Congress are technical, conforming, and scorekeeping adjustments.”

Thursday brings more insight into the next coming months in the world of marijuana.