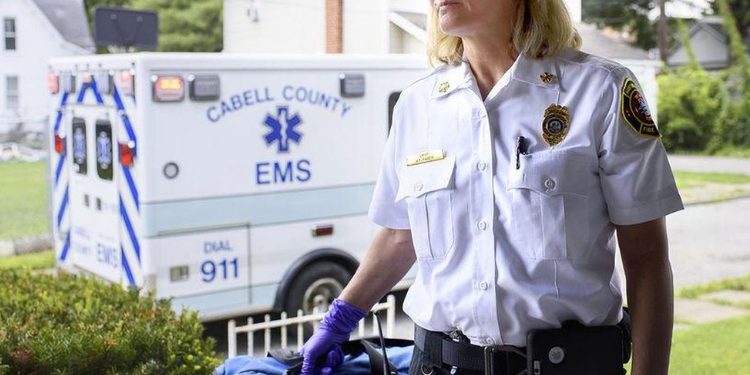 West Virginia has seen some of the highest numbers of overdose-related deaths in America. However, thanks to Jan Rader, the first female fire chief in West Virginia, Huntington’s overdose deaths are down 50 percent.

Jan’s Ted talk was released Wednesday highlighting the changes happening within her state in the battle against addiction. “This epidemic is far from over, but every one of us has a part to play in this epidemic. Just by listening and being kind to somebody, you can make a dent, [a] difference in their lives,” Rader said in the TED Talk.

She is credited for her work in the Emmy-winning Netflix documentary, “Heroin(e),” and her contributions earned her a place on this year’ Time 100 list of most influential people. Not only did she start the ProAct, a one-stop clinic for those battling addiction, but she also helped develop quick-response teams to visit and speak with patients within 72 hours of their overdose.

“Somebody suffering from substance use disorder or addiction is a fragile person,” Rader said. “They are hopeless, and the way we treat them can make their situation better or worse. … So we need to treat them with kindness and compassion and show them that they are a good person and that they do deserve to get better because they can.”

Rader knows her state has one of the highest drug overdose mortality rates in the country and her team has been battling “day after day” for the past four years.

In a Wednesday morning interview on “CBS This Morning,” Rader said, “Naloxone in the first responders’ hands and friends and family. We have over 2,000 saves from friends and family having naloxone at home to be able to administer it to their loved ones.”

However, to achieve that vision, she argued laws had to be changed, and the city received grants.

When Rader was asked what role the drug industry played in West Virginia with painkiller like opioids, she claims, “Oh, they flooded it and, you know, we can’t even – there’s a lot of blame to go around, but the fact of the matter is this is where we are, and we have to move forward. And we don’t want to dwell on that. We want to move forward.”

She also emphasized the importance of focusing on self-care initiatives for first responders who help patients. She urges her listeners that, “First responders, are the cavalry. We want to help somebody. And an instance where you have somebody suffering from substance use disorder, you might Narcan them over and over and over again and then find them dead. And we feel like we can’t make a difference and that takes a toll on us. So we need to provide our first responders with ways to deal with the stress that they see and give them tools that they can use to help those suffering, like being able to take them to ProAct or the quick response team can help them.”