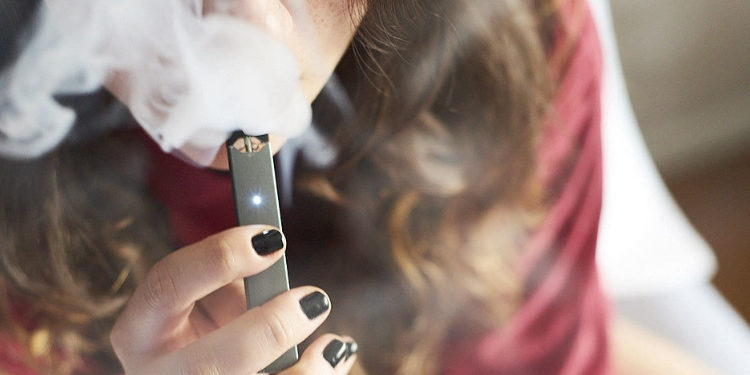 U.S health officials are coming together to declare the ban of menthol from regular cigarettes, outlawing all flavors in these cigarettes and tighten the rules already in place regarding the sale of flavored e-cigarettes.

The booming billion dollar industry of e-cigarettes despite the little research on their long-term effects, including whether they are helpful in aiding smokers to quit or if they are just another habit-forming addiction. They have been considered a less dangerous alternative to regular cigarettes. Although health officials have warned nicotine in e-cigarettes is harmful to developing brains.

The FDA also announced 1,300 letters to warn and fine online and traditional stores that have illegally sold JUUl and other e-cigarettes to minors.

Scott Gottlieb FDA Commissioner said in an interview on Wednesday, “What I can’t tolerate is another year of this level of growth.”

The popular JUUL San Francisco based is working to prevent underage use if its products but added that the flavors can actually help adult smokers quit ordinary cigarettes. A company statement said, “By working together, we believe we can help adult smokers while preventing access to minors.”

The nation’s top seller of e-cigarettes has halted the store sales of all its flavored products to deter use by kids. The announcement was made Tuesday by the JUUL labs Inc. came prior to the government crackdown on underage sales of flavored nicotine. The company said it stopped filling store sales orders for its mango, fruit, creme and cucumber pods but not menthol and mint. However, they will still be selling all flavors through its website and continue to limit and monitor its sales those to 21 and older.

Juul announced it was closing its Facebook and Instagram accounts and promised there steps small but impactful will make it clear it doesn’t want kids using their products. Kevin Burns, chief executive of Juul Labs in a statement quoted by the New York Times, “Our intent was never to have youth use Juul, but the intent is not enough. The numbers are what matter and the numbers tell us the underage use of e-cigarettes is a problem.”

According to reports told to CNB Juul intends to resume sales through retailers that adopt the company’s new age restriction and verification system. The new system will apply to flavored cartridge-style vaping products like the JUUL or PHIX that have become popular among kids, not the open tank-style system sold in vape shops. No store will be slowed to carry them unless they restrict minors from entering the store or creates an off-limits area.

U.S. Food and Drug Administration Scott Gottlieb disclosed the government’s plans Thursday morning.  Which represents a major step to further push down U.S. smoking rates, which have been already falling for decades. The restriction is mainly aimed to reduce smoking in kids. According to studies about half of the teens who smoke cigarettes choose menthols and flavored e-cigs which have been blamed for a recent increase in teen vaping rates. Further discussion will be held to address the overall nationwide ban.