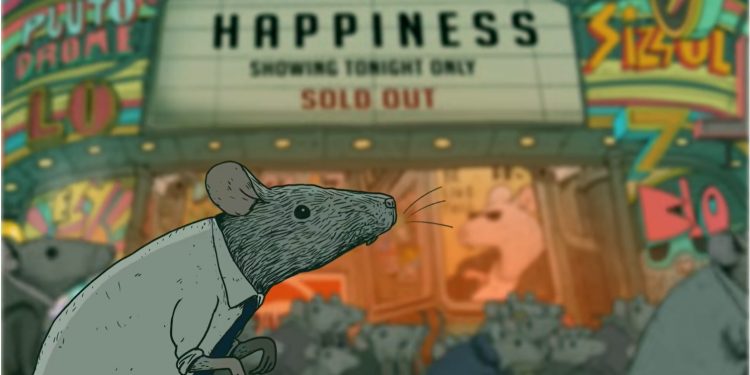 Happiness is a short animated film that follows a rat’s journey to find fulfillment in his life. While the movie may sound like a typical “rat movie,” it is much more than that. It depicts the “rat race” in a very real way, and it’s the most anti-capitalist of all the films Cutts has made. The film features a variety of scenes that are jam-packed with information, including detailed backgrounds, layered rat characters, and more.

Cutts’ art has evolved from his early, bright, flat style to a more realistic style that combines dark imagery and a nostalgic subversion of classic cartooning styles. He has also experimented with 3D objects within a largely 2D world, and he’s even experimented with mixed media composites.

The film highlights the cycle of consumerism that leads us to feel good but ultimately lead us to become unhappy. A rat, for example, thinks that buying a big-screen television will make him happy, but ends up biting his fellow rat because he can’t watch the show. Similarly, a rat may believe that buying a car will grant him success and freedom but ends up frustrated because of the traffic in his city.

The story of a rodent’s unrelenting quest for happiness and fulfillment.