Heroin Out numbers the Death Toll of Guns this Year 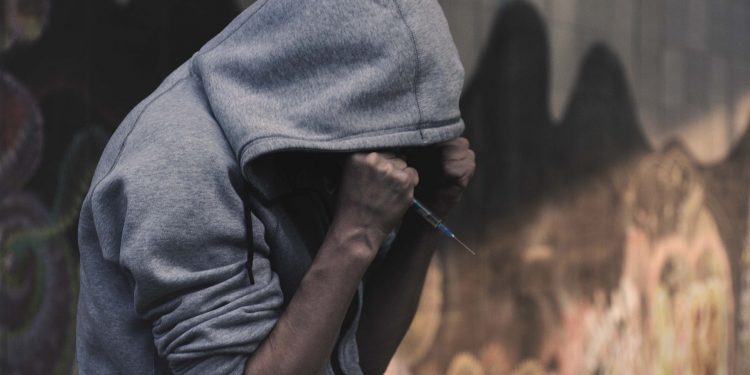 The grim reality of heroin is that it now kills more people than guns. The CDC confirmed that it took over $50,000 to live in the UD last year. The number of heroin deaths rose 23% to 12,989, more than gun homicide. Fentanyl – a synthetic opiate – took over 16,000 lives, equivalent to 44 per day. But the majority of those killed are ordinary people in smalltown America.

The loose prescribing of prescription painkillers, especially fentanyl, has caused numbers to skyrocket. Heroin deaths alone rose 23 percent in a year, to 12,989, slightly higher than the number of gun homicides, according to government reports.

Whereas the total number of gun deaths – which also included suicides and accidents – rose seven percent to 36,252

The report comes just weeks after studies claim fentanyl became the most significant drug threat to the United States and causes 44 deaths every day. Deaths from fentanyl rose 73 percent to 9,580. In addition, Overdoses – often accidental – of Oxycontin and Vicodin killed 17,536, a rose of four percent.

‘I don’t think we’ve ever seen anything like this. Certainly not in modern times,’ said Robert Anderson, who manages overdose reports for the Centers for Disease Control and Prevention.

When did this war on drugs start? In1971 after President Richard Nixon held a press conference to publicize the growing menace of narcotics that flooded through the gates of the United States.

Just two years after, July 1973, the Drugs Enforcement Administration (DEA) was put in placed to regulate the drugs within the country.

Since 2001 heroin and depressants have seen a massive spike in the last six years; however, the crisis against opioids still rages.

West Virginia was the drug death capital of America with 32.4 per 100,000 people, almost three times the national average, claims Statista.com.

Whereas, the number of people who died in car crashes was 37,757, an increase of 12 percent.