How San Diego Is Combating The Opioid Drug Crisis 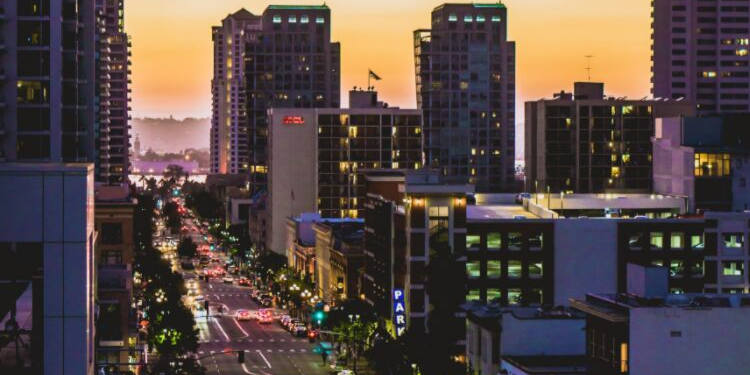 San Diego; it’s the land of consistent 70-degree weather and the perfect surf-and-city life balance. However, in the underground of this seemingly postcard-perfect city of suntans, a menacing epidemic of opioid addiction is raging in its undercurrents – and it is both fast-spreading and merciless.

San Diego has not been left unscathed by the Opioid Epidemic in America. Reflecting a consistency with the terrifying trend of opioid-related data surging in the United States, law enforcement in San Diego County has witnessed several overdoses and deaths that have followed an increasingly steep incline. In fact, in the last week of July 2019, there were four fentanyl-laced opioid-related deaths alone.

Luckily, the action is being taken. Due to the frequency of opioid-related overdoses in San Diego County, United States Attorney for the Southern District of California, Robert Brewer, decided to issue a Public Safety Alert on July 31st, 2019.

“Fentanyl-related deaths are rapidly climbing to unprecedented levels,” says the author of the US Department of Justice’s recent press release on this public safety alert, Kelly Thorton. “The Medical Examiner’s Office reports 50 confirmed fentanyl-related overdose deaths so far this year, plus another 28 suspected, but yet-to-be-confirmed cases with four months remaining in the year. Should this trend continue for the remainder of 2019, the death toll could potentially reach 130, which would amount to a 47 percent increase over last year’s total of 90 deaths, and a staggering 787 percent hike over five years ago when there were 15. The victims are overwhelmingly male, and the average age is 36, with the youngest 18 and the oldest 66.

US Attorney Robert Brewer has deemed San Diego a “fentanyl gateway” in the United States, and this claim is not without warrant. Fentanyl, according to the National Institute on Drug Abuse, is “a powerful synthetic opioid that is similar to morphine but is 50 to 100 times more potent. It is a prescription drug that is also made and used illegally.”

Yes – you read that correctly. Fentanyl is 50 to 100 times more potent than morphine. It produces the same effects as other opioids, including feelings of euphoria, drowsiness, sleepiness, sedation, and respiratory depression. However, anything involving fentanyl is amplified over 50 times. It’s basically a death sentence, and most people that ingest it are doing so without knowing it when they initially went to buy other street drugs.

It is established that there is a problem in San Diego with Opioid misuse, much like in many other parts of our country. People are dying and overdosing at increasing rates every single month. But what is anyone doing to solve this issue? Fortunately, it is almost always true of humanity that when problems arise, so do heroes.

Apart from Robert Brewer’s public safety alert, others are also taking the initiative in making a change for San Diego county. According to Voice of San Diego in its article Amid Opioid Crisis, AMR Joins Initiative to Prevent Prescription Drug Misuse, American Medical Response has been consistently doing its part in making a positive impact on its regional Southern California community. After witnessing a drastically-rising amount of opioid-related ambulance calls in 2019, AMR decided to take action against the county’s catastrophe. Through “prevention and education,” AMR has set its sights on a future with fewer overdose deaths.

There is a stigma surrounding drug abuse, and it can keep people from getting the help they need. San Diego is home to numerous drug and alcohol treatment programs, including residential drug and alcohol rehab, outpatient drug rehab programs, and clinics offering medically assisted treatment. San Diego also has many of the best inpatient and outpatient drug rehab facilities that focus specifically on opioids.

On April 6th, 2019, the Safe Homes Coalition hosted a “kickoff” in downtown San Diego to formally launch the beginning of the nonprofit named Keep Kids Safe. Keep Kids Safe’s mission is to “educate families about the safe use, storage, and disposal of prescription medications.” This education program began in April with an incredible event that featured notable San Diego figures that spoke on behalf of the vision such as San Diego County Supervisor Kristin Gaspar, San Diego County Sheriff Bill Gore, amongst others.

The Keep Kids Safe education program also partnered with the Greater San Diego Association of Realtors, considering part of its aim is to give plastic bags to realtors.

“Why plastic bags?”, you ask? On its website, the Keep Kids Safe program “provides plastic bags to Realtors so their clients can secure prescription medications while their home is being shown to potential buyers.” Now, over 10,000 bags have been handed out amongst the San Diego community during showings. This allows for the proper storage and securing of prescription medications and, therefore, the reduced potential for opioid misuse, abuse, and addiction in both children and adults.

Aside from this, in the Los Angeles Times, there was an article written that also highlighted the noteworthy “blue pills” (fentanyl-laced substances) and their relation to recent deaths in San Diego County. Anyone who has any prescription pills that they need to dispose of, or any prescription pills that appear to be of this blue kind can drop them off anonymously and the sheriff’s office – no questions asked. The allowance for anonymity when it comes to disposing of unknown, unsafe, or prescription pills can prevent them from getting into the wrong hands.

Through education and anonymity, San Diego and its interconnected businesses, organizations, and leaders have been working diligently together to better their community. Prevention is vital when it comes to most issues that strike during adulthood, but it is especially crucial when discussing the topic of illegal or non-prescribed prescription drugs. If you or a loved one are suffering from an addiction, be sure to call the national addiction helpline through SAMHSA (Substance Abuse and Mental Health Services Administration) today. If you are in San Diego County and are looking for a safe place to dispose of narcotic substances of any kind, contact the San Diego Sheriff’s office, and they will instruct you on how to drop off these substances anonymously. No q is exempt from the disease of addiction, and San Diego is doing its part in battling this horrible epidemic for the good of Southern California and the rest of our country.