How the U.S. Has Failed Against the Opioid Epidemic 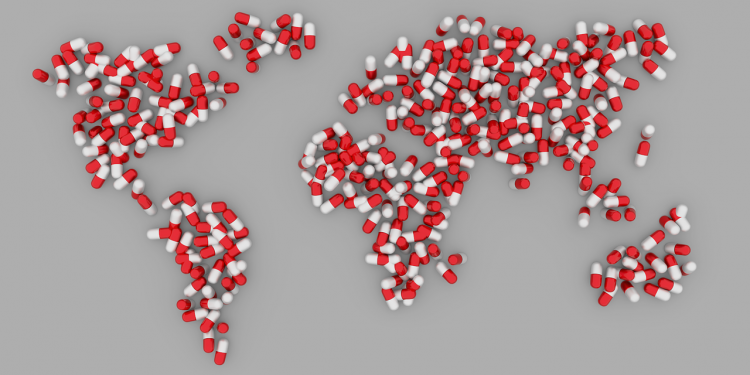 The United States is currently in the midst of an unprecedented crisis involving the misuse of opioids, including prescription and illicit drugs. The US Department of Health and Human Services (HHS) is attempting to combat this problem by reducing the number of people with opioid use disorder and increasing the access of services for treatment and recovery. Medication-assisted treatment (MAT) is a critical component of the HHS strategy for dealing with opioid addiction.

MAT’s effectiveness is well documented, but most Americans with opioid use disorder are unable to receive this life-saving treatment. One barrier to MAT is the limited number of physicians with a Drug Addiction Treatment Act of 2000 (DATA 2000) waiver, which allows them to prescribe drugs used in MAT outside of a federally regulated opioid treatment program. The problem of accessing MAT is particularly acute in rural areas, where few healthcare workers are available to provide MAT. Patients in these areas often face the choice of traveling long distances or going without care. Waiting times and the high cost of some types of MAT also discourage many people from getting treatment.

Telemedicine programs like Recovery Delivered are one way to provide people with access to MAT. These programs use telecommunications and other technologies to support long-distance clinical health care, including MAT. The Drug Enforcement Administration (DEA) issued a statement in 2018 that explains how health practitioners can use telemedicine to expand MAT for opioid use disorder while complying with DEA regulations, specifically the Ryan Haight Act of 2008. This statement is entitled “Use of Telemedicine While Providing Medication Assisted Treatment (MAT),” which explains that DEA-registered practitioners such as those with DATA 2000 waivers are exempt from the requirement to evaluate a patient in person before dispensing controlled substances over the internet.

A 2015 study published in American Journal of Public Health examined opioid agonist medication-assisted treatment (OA-MAT) to identify treatment gaps. It calculated rates on opioid dependence and abuse for the past year at both the national and state levels. This study also estimated the number of patients in OA-MAT programs and the maximum treatment capacity of those programs based on data from the Substance Abuse and Mental Health Services Administration (SAMHSA).

The results showed that the national rate of opioid dependence and abuse was 891.8 per 100,000 people aged 12 years or older in 2012. In comparison, the maximum national capacity for buprenorphine treatment averaged only 420.3 per 100,000, while the capacity for methadone treatment was only 119.9 per 100,000. Ninety-six percent of the states and the District of Columbia had rates of opioid dependence or abuse that were higher than their buprenorphine treatment capacity, and 37 percent had a treatment gap of at least 500 per 100,000 people. About 78 percent of the states had at least three-fourths of their treatment facilities operating at 80 percent of their maximum capacity or more. The study concluded that significant gaps existed between people needing OA-MAT and the capacity to provide it at both the state and national levels. It also identified wait times and traveling distances as significant barriers for people seeking treatment and recommended the development of more OA-MAT programs like Recovery Delivered.

A 2013 study in American Journal of Drug and Alcohol Abuse examined the effects of various factors on wait times for enrolling in MAT programs. It was the first one to use national samples to study this issue, which came from the National Treatment Improvement Evaluation Study (NTIES). The NTIES was conducted from 1992 to 1997 and included 2,920 clients in 57 MAT programs. The 2013 study used these samples to estimate the proportion of clients who had to wait more than one month to enter treatment, whether it was an inpatient or outpatient program.

The factors examined in this study included race, referrals, treatment type, and existing medical conditions. The study found that a significant number of clients had to wait longer than one month to receive treatment. Furthermore, African-American clients, those referred by the criminal justice system and those receiving methadone treatment were all at increased risk for waiting more than one month. Conversely, clients with HIV and AIDS had a lower chance of waiting longer than one month. Services like Recovery Delivered can also help reduce waiting times.

A 2011 study in the Journal of Environmental and Public Health examined the effects of driving distance on the enrollment of patients in MAT programs. It included 23,141 patients in 84 methadone programs and used anonymous surveys to determine driving distance. The factors that had the greatest effect on increased travel distance included a residence in the Midwest or Southeast, especially in rural areas. Younger patients and those of non-Hispanic white ethnicity were also more likely to travel further to get to a MAT facility. Those using prescription drugs had longer traveling distances than those using street drugs like heroin.

About 60 percent of the patients traveled less than 10 miles to get to the MAT facility and 26 percent traveled more than 15 miles. Six percent had to travel more than 50 miles, and two percent had to travel more than 100 miles. Eight percent of all patients had to cross a state border to get to their facility. The average distance was 15 miles, and the median distance was seven miles. Telemedicine programs like Recovery Delivered can greatly reduce the travel time needed to reach a MAT clinic.

Vivitrol® is one the latest drugs that MAT patients are taking for the treatment of alcohol and opioid dependence. It’s a formulation of naltrexone designed to be injected instead of taking it orally, which is the traditional administration route for naltrexone. A healthcare professional must administer Vivitrol® as an intramuscular injection, typically into alternating buttocks.

Vivitrol® is an effective form of MAT that reduces the craving for opioids and the risk of relapse. It acts as an opioid antagonist by binding to opioid receptors in the brain and activating them, thus preventing other opioids like heroin from doing so. This effect keeps opioids from producing their usual euphoric effects, which reduces the patient’s desire to take them. Vivitrol® isn’t a cure for addiction, and it needs to be combined with psychological therapy and social support to be most effective.

The primary advantage of Vivitrol® is that it only needs to be administered once per month, whereas a dose of oral naltrexone only lasts for one to three days. Vivitrol® is also more widely available than other medication used for treating opioid addiction, since any medical professional who can prescribe medication can prescribe Vivitrol®. Methadone and buprenorphine are effective, but they have additional restrictions on their use. Methadone is can only be administered only at specialized opioid treatment programs (OTPs), while buprenorphine requires the physician to possess a SAMHSA waiver that limits the number of patients the physician can treat.

Vivitrol® is a brand name form of naltrexone that doesn’t currently have a generic equivalent, primarily because the drug is still new. The combination of these facts means that the cost of Vivitrol-based MAT is quite high, especially since it’s a recurring cost. The full price of Vivitrol® is over $1,000 per month, assuming the patient doesn’t have insurance or a discount. This cost is significantly higher than that of treatments with methadone or buprenorphine.

The manufacturers of Vivitrol® are addressing this issue with a copay program that greatly reduces the cost of Vivitro®l. Patients who verify their eligibility on the Vivitrol® website can receive a reimbursement of up to $500 per month for their monthly prescription. This benefit is in addition to the cost reduction that insurance provides, resulting in no out-of-pocket expenses at all for 90 percent of patients with insurance.

The practitioner conducts an initial examination of an opioid-addicted patient consistent with the practitioner’s scope of practice and determines that MAT with buprenorphine is clinically indicated. The patient agrees to the treatment, but the practitioner doesn’t have a DATA 2000 waiver. The clinic does have an agreement with an addiction specialist who has such a waiver, is registered with the DEA and is licensed to practice telemedicine. This specialist will typically practice in the same state as the nurse practitioner, although they could also be in different states provided the specialist is also licensed to practice telemedicine in the state where the clinic is located.

The remote specialist with the DATA 2000 waiver will continue to manage the patient’s MAT with buprenorphine after this initial appointment because the specialist is the prescriber of record. However, the specialist will collaborate with the nurse practitioner to ensure the patient remains in compliance with the therapy. The patient is also under the specialist’s care for purposes of applicable statutes such as 21 USC Section 823(g)(2) and 42 Code of Federal Regulations (CFR) Part 8, Subpart F. The practitioner must maintain the patient’s records under a DATA 2000 waiver as required by the DEA, despite not personally having the waiver.