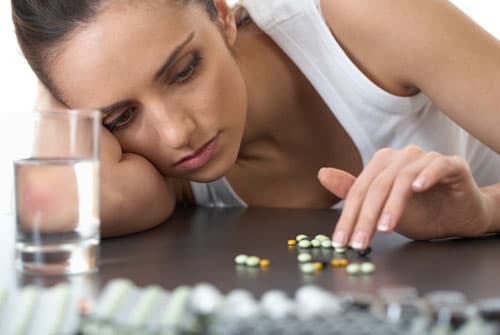 In America, there is a significant concern about the rise in overdoses of prescription drugs among teenagers. Every parent desires to see their children growing healthy and fulfilling a happy life that is free from drug addiction.

However, current teenage parents are facing lots of challenges while ensuring their teens stay protected from addiction. Modern teens have so much influence from technology, especially social media, that increase troubles related to mental health and drug addictions.

Remember that adolescents and teenagers are the future and promising leaders of our society and the country overall. Due to this fact and other reasons, the health of American young people is very crucial.

No age group or demographic has been safe from the country’s growing drug problem. Young people are progressively vulnerable to mind-altering drugs such as marijuana, alcohol, cocaine, opioids, among others. However, more recently, the teens are starting to experiment with alternatives like prescription drugs, namely anxiety medications. The consequences include a rapid increase in overdoses, including other harmful effects.

Statistics on the Overdose of Benzodiazepine Prescription Drugs

Additionally, Rutgers published research on young adult and teen prescription drug overdoses. According to the reports, an upfront relationship exists between the increase prescriptions administered for specific drugs and the growth in overdoses. Unfortunately, conclusions were if the dominance of a drug in society increases, the prescription overdoses will also buildup.

The studies also found that the rising levels of reported exposures to benzodiazepine seem to reveal its growing rate of prescription. This research includes meaningful reports across the USA over the last decade. Health providers should take note of the increased dominance of benzodiazepine to regulate unnecessary prescriptions. Parents and guardians should also be counseled on how to use, dispose, and store these high-risk prescription drugs.

Alternatives for Solving this Problem

Currently, many doctors prescribing benzodiazepines such as Xanax, Valium, and Klonopin as an alternative to less available opioids. Whenever health providers increase benzo prescription habits, the chances are that young adults are more exposed to such drugs regularly. Consequences are risks to overdose.

Reducing the supply of these prescription drugs without addressing the underlying reasons why they are for short-term use will not add any value.

Therefore, the best option of addressing any concern for overdose use is first when families support each other with any struggles encountered in life to reduce the chances of drug addiction as the best solution.

Also, educating young adults on the dangers and consequences of drug addiction and prescription drugs is crucial. If young people realize the harmful effects of benzodiazepine, they will likely avoid experimenting with such substances and reduce the overdose risks.

If you know anyone who is struggling with prescription drugs such as benzodiazepines, which cause dependency and addiction, kindly contact us, and we can give the best advice and treatment.

Coronavirus: How Addiction Groups around the Country are Adapting to Social Distancing

Coronavirus: How Addiction Groups around the Country are Adapting to Social Distancing