Is Heroin a Stimulant 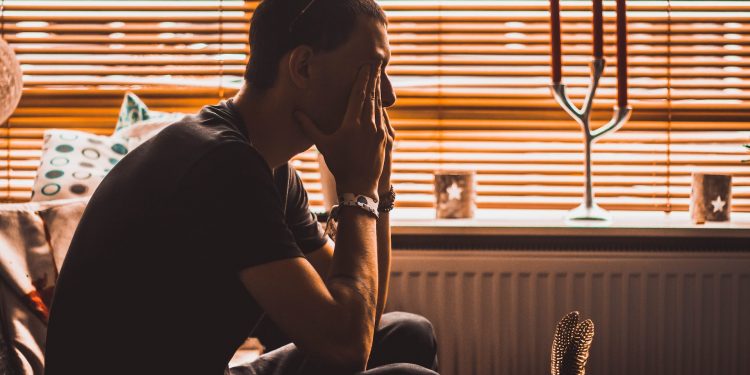 Is Heroin a Stimulant

Is Heroin a Stimulant?

People often search on the internet “is heroin a stimulant? In fact, heroin is a depressant that affects the central nervous system. However, it also triggers the pleasure center in the brain. This causes a “rush” or “high” that can have negative consequences. In other words, heroin can cause many problems. The first thing to keep in mind is that the use of heroin is not recommended.

Heroin is a central nervous system depressive drug that can be very addictive and cause a range of physical and mental health problems. It slows down the activity of the central nervous system, which controls breathing, temperature, blood pressure, and other bodily functions. As a result, a user can become disoriented and feel as though they are in a different world. In some cases, they may even lose consciousness. Decreased brain function can also lead to a deep sleep and the heart and lungs may stop functioning. These are life-threatening effects that will need to be treated.

Heroin is classified as a central nervous system depressant, meaning it slows down the brain’s activity and targets the brain’s reward system. While it is a highly effective painkiller, it can also be very addictive. This is because opioids work by slowing the heart and breathing rate and can interact with other depressants.

Because it affects the central nervous system, heroin can have very long-lasting effects on the brain. It can result in intense psychological problems, and the need to continue using the drug. Often, heroin users will continue to abuse the drug in hopes of experiencing that same high that they got when they first began abusing the drug.

Despite the dangers associated with CNS depressants, doctors routinely prescribe these drugs for medical reasons. In particular, opiate drugs, which are strong painkillers, affect the central nervous system by inhibiting pain signals to the brain. As a result, these drugs are considered highly addictive and dangerous. Search through the list of drug treatment centers offered on The Recover to find a recovery center if you are addicted to heroin.

It triggers the pleasure center in the brain

Heroin triggers the pleasure center in the human brain by flooding the brain with dopamine and blocking pain. This chemical flood creates a feeling of out-of-body sensations. As a result, heroin addicts feel like they’ve entered a synthetic version of heaven on earth.

The pleasure center is the part of the brain that controls reward and motivation. Drugs that trigger this area release dopamine, a chemical messenger that makes us feel good and motivates us to repeat the behavior. These drugs cause the brain to release dopamine in even larger quantities than natural rewards. This reinforces the association between the drug and pleasure, triggering our brain to seek out the drug.

In order to get the euphoric feeling, heroin causes GABAergic neurons to shut down. As a result, the dopamine floods pleasure circuits, which reinforce the idea that the drug is rewarding. These reward areas constantly communicate with decision-making hubs in the prefrontal cortex. They also form habits and make value judgments.

The basal ganglia is a key part of the brain’s reward circuit, and misuse of these drugs alters this part. The reward of a drug is similar to the sensation one gets when whispering into someone’s ear, or shouting into a microphone. In addition to altering the receptors, misuse of the drug reduces the sensitivity to natural sources of reward. This makes it difficult to feel pleasure from other sources.

The “rush” from heroin is a brief, intense feeling that lasts just a few minutes. Users report experiencing heavy extremities and a warm flush. The drug also affects the central nervous system and leads to alternate states of wakefulness and drowsiness. In both forms, heroin is highly addictive.

Heroin triggers the brain’s opioid receptors to release dopamine. Dopamine is the neurotransmitter that causes feelings of pleasure and euphoria. This euphoric state is often associated with pain relief. However, users should be aware that the effects of heroin are fleeting and often cause extreme drowsiness.

Heroin works on two fronts: it floods the brain with pleasurable chemicals, while starving it of pain. This powerful effect results in a chemically-induced rush, which is characterized by feelings of heaviness, distance from one’s surroundings, and sedation of the central nervous system. However, heroin poses a number of serious medical risks, including the risk of overdose, exposure to infectious disease, and the risk of addiction.

Depending on how strong the drug is, the effects will vary. In some cases, the user will experience nod-off (falling asleep or drifting in and out of consciousness), which is a sure sign of a life-threatening overdose. In other cases, he may not return to consciousness. In both cases, there is a high risk of death. Because the drug alters the way the brain functions, heroin is deadly.

It affects the reward system

Heroin has a profound effect on the brain’s reward system. It works by overwhelming opioid receptors, which are responsible for promoting feelings of pleasure and security. This process then changes the brain’s functioning, leading individuals to seek more heroin. In addition, heroin alters the way we experience pleasure and other emotions.

The drug releases dopamine in the brain, which is responsible for its euphoric effects. Initially, heroin enters the brain as morphine and is converted to morphine. This process activates receptors called MORs in the reward center of the brain, which then stimulates the release of the neurotransmitter dopamine. The release of dopamine is a crucial element in the feeling of euphoria and reinforces the drug use.

Once a heroin addict begins using heroin, they become dependent on the drug because it activates the reward system of the brain. Without Heroin, their brains are unable to function properly, and they experience withdrawal symptoms as a result. This dependency is difficult to break, because the drug becomes so entrenched in their daily routine.

In addition to altering the reward system, heroin interacts with the brain stem, which controls heart rate and breathing. This interaction can cause respiratory functions to drop dangerously. It also affects mu-opioid receptors in the brain, which are responsible for controlling feelings, hormones, and pain. Heroin affects the reward center, which releases dopamine to make people feel good.

It causes tolerance and physical dependence

There are many dangers associated with heroin use, including the risk of overdose, cardiovascular complications, and liver and kidney damage. For these reasons, it is important to get help from a medical professional to get rid of physical dependence. However, it is also important to understand the differences between addiction and tolerance.

The addictive nature of opioids is due to the desire to feel pleasure and alleviate pain. However, the body begins to develop a tolerance to the substance, making it more difficult to obtain the same high. Tolerance also causes a person’s body to alter its metabolic rate and excrete the drug faster. In addition, the brain’s chemistry changes.

Developing a tolerance to drugs is a normal part of drug abuse and often occurs at different rates for different parts of the body. While tolerance isn’t the same as addiction, it is a good sign of a potential problem. If you notice a gradual increase in tolerance, speak with your physician, who can help you stop the use of the drug. Alternatively, the doctor may change the class of medication or prescribe a drug that has fewer negative side effects.

The repeated use of heroin causes a series of changes in the brain. Repeated use alters the brain’s neuronal and hormonal systems, leading to long-term imbalances. Heroin also causes deterioration in the white matter of the brain, which affects decision-making and response to stressful situations. Moreover, heroin causes physical dependence, which means that people will experience symptoms of withdrawal when they stop taking the drug.