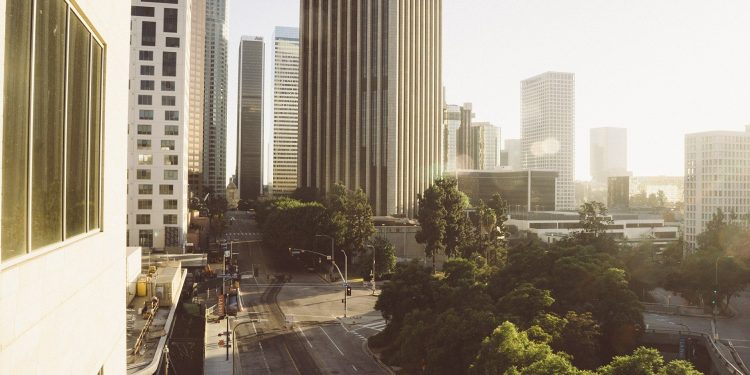 Los Angeles County is showing promise, as the numbers of new coronaviruses cases are slowly decreasing. Mayor Eric Garcetti announced on Friday, that the stay at home orders have been working. However, new cases and deaths are still increasing overall.

Garcetti said, “A week ago, the rate of increase was about 50% more than it is right now.”

Within the last two days, over 1,000 cases have been reported in L.A. county. The county stated that 521 of those came Friday, which brings the total number of coronavirus cases to over 4,600. With 11 new coronavirus-related deaths Friday, the overall death toll in the county is 91.

Long Beach, which has its own health department, announced an additional two deaths and 18 more cases. However, surrounding cities have not reported their increase yet.

Garcetti cautioned that deaths and new cases are still doubling every few days. Even though the total new cases is slowing, the death tolls are still increasing faster every day. Staying at home is always being advised as the only way to stop the latest facts and spread. Many businesses are adapting to a new way of life; over 7 million Americans have filed for unemployment.

“It is not time to relax, because the more we can push that curve down, the more chance we have seeing those numbers not increase by as much. That means dozens of people who will not die.”

Gov. Gavin Newsom also announced in his live Facebook stream that statewide, the number of coronavirus cases grew to more than 11,900 on Friday — with the death toll topping 260. Approximately 2,188 people are hospitalized, with 901 of them in intensive care units, a 10.4% spike in ICU hospitalizations from the previous day.

Barbara Ferrer, director of the county Department of Public Health, announced that Friday that L.A. County should get ready to see 1,000 new coronavirus cases per day in the next weeks, and the key to maintaining the low spread is to maintain social distancing.

“The next few weeks are going to be critically important, because we are going to see more cases of people who are positive with COVID-19, but it’s our hope that the rate of increase continues to be manageable and that we don’t overwhelm our healthcare system,” she said.

Nearly 26,000 people have been tested in L.A. County as of Friday, completely over double the number reported a week before.

Garcetti also reported that seven additional testing sites have opened in Los Angeles, tallying the capacity to perform 3,500 tests daily in the coming week. With the expanded testing capacity, he also promised that “we’re going to open the aperture a little bit…so more people can get tested.”

As of now, testing is still only given by appointment and limited to residents who are showing signs and are at least 65 years old or have underlying health conditions. However, the testing totals still fall far behind that of New York City, where over 49,000 positive cases have been identified as of Friday morning.

The overall increase in L.A. County cases may also be due to a spike in cases listed in institutional settings, like nursing homes, assisted living facilities, shelters, treatment centers, jails, and prisons. Private facilities tend to house many vulnerable people who are older or have underlying health conditions, and residents frequently live in close quarters, making it hard to slow or even contain the virus’ spread.

The Department of Public Health has been investigating 321 cases within their staff, residents, and guests of 67 institutions as of Friday. Of those, 166 were among residents, and 155 were staff members.

On Monday, cases were still being investigated 18 facilities. Of those who have died from COVID-19, 11 have lived in a nursing center or unique facility, like hospice.

A total of 25 cases have been reported all over L.A. County’s correctional system — 18 staffers and seven detainees. Also, there were seven additional cases recorded among L.A.’s homeless community; down two from the day before because those cases were discovered to be among people who were not homeless.

During Friday’s press conference Newsom said, there have been 14 cases of COVID-19 in the homeless population across the state, which many experts have found hard to believe.

The cases came from Los Angeles, San Francisco, Contra Costa, Ventura and Fresno counties. The total count includes one homeless man who died last month in Santa Clara County. Newsom, however, did make it clear that there are likely more cases that have not been discovered.

“By the way, that’s an undercount,” Newsom stated during his press conference held a motel in Sacramento that would be assigned to house vulnerable homeless individuals.

Gavin told the L.A. Times, “We know that’s just what’s been reported to us, but there’s heightened concern around the need to do more in our congregate facilities to isolate people into shelters like this and provide those basic essential services as we work through this crisis.”

In the dark times and extended stay at the home warning, the state of California, hopes to lease-up 15,000 rooms for homeless people. So far, counties have claimed 869 homeless individuals are vulnerable to the virus into shelters. Over, 6,867 hotel and motel rooms have been assigned to this effort along with other means of housing being discussed like cruise ships and big arenas used for emergency evacuations.