Millenials and Vaping how the Corona Virus May Kick the Habit

by Angie France
in Featured, Questions about Rehab, Resources
0 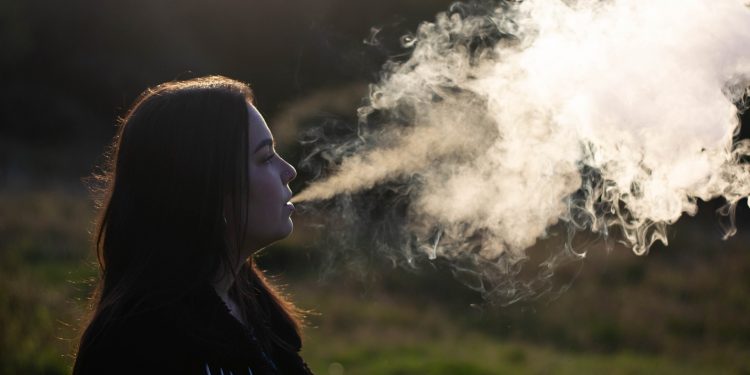 Millennials are a much-maligned generation, often blamed for “killing” industries and are unfairly characterized as being self-absorbed. Millennials are a resilient group, growing up in the shadow of 9/11 and enduring the repercussions of the 2008 recession. The oldest millennials were born in the early 1980s, making them in their mid- to late-30s today. Often early adopters of technology, millennials also have embraced vaping.

Tobacco and marijuana products harm the lungs, where the virus does its worse damage. Health officials are caution people and uring them to quit, and temporary sales bans are even being discussed.

Vaping uses a heating element to heat liquids, waxes, or plant products until they vaporize. This creates a vapor, which is inhaled. E-liquids often contain nicotine, but they can also contain THC and CBD, which are derived from cannabis. Vaping has been on the rise over the past decade since modern e-cigarettes were developed in China in 2006.

The relationship between millennials and vaping developed, at least in part, by growing up fully informed about the dangers of smoking. Older generations like Gen X were more likely to grow up with a family member who smoked. Smoking rates had dropped significantly, though, by the time millennials were coming of age.

Roughly half of all e-cigarette users are millennials, according to Forbes. Many people who use e-cigarettes use them as an alternative to smoking. Until recently, vaping was generally viewed as a safer alternative to smoking. Millennials also view vaping as more “fashionable” than smoking, according to The Telegraph. The fashionable aspect might stem from the number of celebrities that have been seen using popular vaping products.

According to guidelines released by the CDC on September 12, 2019, people who do not currently vape should not start. Teens and pregnant women also shouldn’t vape. Adults who are using vaping as an alternative to smoking traditional cigarettes shouldn’t resume smoking, though.

This underlies the bottom line for vaping safety. There are a lot of unknown factors, so if you don’t currently vape or smoke cigarettes or cannabis, it’s best not to start. If you are vaping as an alternative to smoking, though, it’s better to continue vaping than to smoke cigarettes. Cigarettes have well-documented health risks, including lung cancer.

Experts are taking a closer look at millennials and vaping. A federally funded study of 4,000 healthy millennials is getting underway, and its focus will be on lung health. The study will look at vaping, smoking, and environmental issues and how they impact the lungs. This will give experts much-needed information on the impact of vaping for the millennial generation.

Millennials are often trendsetters, and they are well aware of the health issues associated with smoking, so vaping was a natural fit. If you’re a millennial who vapes, consider the risks and decide what the best approach is for you. Make sure to buy your vaping products from established retailers and reliable manufacturers, and check packages carefully for tampering. If you’re hesitant, talk to your retailer or ask for another product.

Dr. Alicia Casey, who directs the pulmonary vaping program at Boston Children’s Hospital, stated that one hurdle that had prevented her teenage clients from quitting was the presence of the devices kids school and parties. She hopes that the enforced social distancing would help them stop.