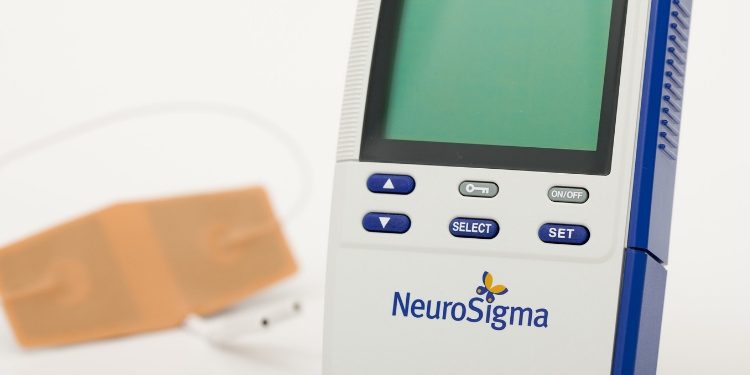 Over the weekend a new non-drug treatment will now be an option to the families with children suffering from attention deficit hyperactive disorder (ADHD). The treatment is aimed to help manage the condition through a medical system attached to the forehead that sends mild shocks to the nervous system.

The FDA announced Monday that they had granted clearance of NeuroSigma’s Monarch external Trigeminal Nerve Stimulation (eTNS) System for young children with ADHD.  (The FDA does not generally “approve” medical devices the same way it does with drugs).

“This new device offers a safe, non-drug option for treatment of ADHD in pediatric patients through the use of mild nerve stimulation, a first of its kind,” Carlos Peña, director of the Division of Neurological and Physical Medicine Devices in the FDA’s Center for Devices and Radiological Health, explained in a statement.

As of today, there are multiple treatments available to help manage ADHD in both children and adults. Symptoms usually include a constant inability to pay attention, impulsiveness, trouble sleeping, and mood swings. Most treatment methods range from behavioral therapy to stimulants like Adderall and Ritalin to the selective norepinephrine reuptake inhibitor (SNRI) atomoxetine. Most of the time these treatments will work to an extent, particularly stimulants, in that they’re better than a placebo in the end.  However, just put- they do not work for everyone.

For example, about 20 to 25 percent of children with ADHD don’t respond to stimulants, reported a 2016 review. In these cases, atomoxetine is usually sufficient, but it has its side-effects, including short-term suicide ideation, and some people who take stimulants report they work but also have side effects of future risk of addiction and substance use disorder.

Over the oast couple of years,  Nerve stimulation has become another way to manage behavioral and neurological conditions like depression,  epilepsy, and anxiety.  Monarch eTNS system is a nerve stimulation treatment that produces a stimulation (which feels like a tingling sensation on the skin) that is sent from a mobile, smartphone-sized device to wires that are placed to a patch on the forehead just above the eyebrows.

The initial shock is then sent along the trigeminal nerve, the cranial nerve that’s mostly responsible for the sensations of biting and swallowing, which then directly or indirectly touch certain areas of the brain, like the cerebral cortex, that regulates our emotions, behavior, and ability to focus.

Experts believe that one real advantage the Monarch seems to have over stimulants is the absence of any severe health risks.  However, side-effects did include drowsiness, an increase in appetite, trouble sleeping, teeth clenching, headaches, and fatigue.

Despite the safety of the device it’s intended only to be used with the supervision of a nurse. The treatment is said to take four weeks before symptoms presumably improve.

“We anticipate the price of the Monarch eTNS System will be in-line with the current price of brand name ADHD medications,”  Colin Kealey, vice president of Advanced Development & Medical Affairs at NeuroSigma said in an email statement. “We do not anticipate insurance coverage in the early weeks after launch, however, securing insurance as soon as possible is a high priority for NeuroSigma.”

The method was already approved for the treatment of ADHD, epilepsy, and depression in the European Union.

“As a general rule we do not comment on specific plans, but NeuroSigma may consider running additional clinical trials to support submissions to the FDA for label expansion and to request clearance for other indications,” Kealey added.