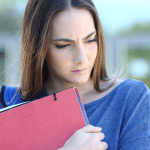 Last fall, Chegg.org commissioned the polling firm Yonder to survey 16,839 students from 21 countries, with sample sizes varying from 500 to about 1,000 in each country. COVID-19 pandemic, we commissioned a survey of students in the United States, Canada, Australia, New Zealand, and South Africa, “says Dr. Michael L. Burdick, director of the Center Infectious Disease Research and Prevention.

Ninety-one percent of American students surveyed said their stress and anxiety increased during the COVID pandemic, 75 percent of them reported suffering from depression, anxiety or other mental health problems, and 5 percent attempted suicide. Canadian students expressed similar views; worldwide, nearly two dozen countries surveyed by students said that at least half of their students suffer from some form of depression or anxiety as a result of the pandemics. American students, 26 percent say they have considered suicide, 12 percent say they have been injured themselves, 30 percent have sought help for mental health and another 25 percent agree: “Overall, I’m satisfied. Worldwide, 70 percent of students agree with this statement; 68 percent in the United States and 65 percent in Canada.

The global data also underscore the enormous pressure being exerted on students around the world, exacerbated by pandemics, “Dr. Michael O’Brien, professor of epidemiology at the University of California, San Diego, writes in the report’s foreword. During this pandemic, students worldwide have shown a willingness to continue learning and fighting for their future. They deserve great praise and recognition for never giving up, no matter what threat of disease or the consequences of their actions.

Lipson said new fall 2020 data, released last week and involving more than 1.5 million students in the U.S., showed that 47 percent of students were tested for mental health problems.  Such as anxiety, depression and substance abuse. Of those surveyed, 83 percent said their “mental health affects their academic performance. Which Lipson calls a significant increase from what we’ve seen in the past. It also showed a rise in reported depression rates among students of all ages from 1 percent in 2010 to 3 percent this year, the report said.

I think it is just precious that more and more data sources are coming out to promote this knowledge and advocate for those who need mental health services. All these data sources show a significant increase in the number of students with depression, anxiety and substance abuse, and I think that is very important.

Learning Online during the Pandemic

The Chegg survey also asked students how they experienced learning online during the pandemic. Students and teachers in 21 countries know how to effectively teach online, while 37 percent don’t. Respondents were divided on the issue. With 44 percent saying yes, 45 percent saying no and 11 percent saying they didn’t know, the poll found.

Seventy-six percent of students in the U.S., compared with 65 percent worldwide, said they would prefer their institution to offer more online courses if they did not have to pay as much as for face-to-face learning. Compared with only 35 percent, according to the survey. Only about a third of respondents in 21 countries said their university’s offerings were good during the pandemic. And only 35 percent said they had learned what they had learned personally or through online learning.

Worldwide, more than one-third of respondents in the U.S. and about two-thirds in China said they had lost sleep due to the pandemic. Compared to about half a year earlier. Worldwide, three-quarters of students (74 percent) and one in five (73 percent) said they have debts related to their university’s response to the outbreak.

In the last 12 months, 30 percent of American students said they were struggling with rent or mortgage payments. About two-thirds of students in the U.S. (67 percent) and about one-third in China said they were at greater risk of seeking medical attention. Because of the outbreak than in previous years.

American students noted a growing gap between their finances and their job prospects. Seventeen percent were neutral or would rather not say anything, 35 percent disagreed. American students said that their education prepared them for the labor market and that 64% were confident about their future; 67% of them said that they felt that their education prepared them well enough to be confident about their future.