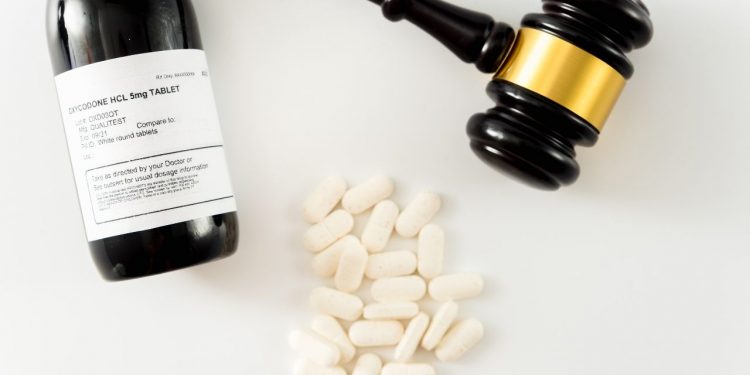 Purdue Pharma, the maker of OxyContin, one of the nation’s most popular pain medications, has agreed to an $8 billion settlement and pleaded guilty to three federal charges to resolve its alleged role in fueling the opioid crisis. The settlement clears up allegations that Purdue Pharma misrepresented the way it marketed its pain medications, the U.S. Justice Department said Wednesday.

The final settlement of $8.34 billion is mostly symbolic because it is in bankruptcy proceedings, and its current assets are significantly lower. The company will pay a $3.54 billion penalty and forfeit $2 billion in past profits, on top of the $1.8 billion it is willing to pay in civil liabilities.

The Sackler family, which controls the pharmaceutical company, will pay $225 million to settle civil claims. In addition to the settlement, the company pleaded guilty to one count of violating federal bribery laws. The company has already paid $225 million to the federal government, with most of the remaining money diverted to states, counties, and Native American tribes.

Assistant Administrator Tim McDermott accused Purdue Pharma of actively thwarting the U.S. government’s efforts to ensure compliance and prevent distractions. In a statement shared with Forbes, members of the Sackler family said they acted ethically and lawfully and relied on repeated assurances from Purdue’s board of directors and the U.S. Attorney’s Office.

McDermott added that others were dependent on the devastating ripple effects of Purdue’s actions. Purdue filed for bankruptcy last year as the company tried to settle allegations that it fueled the opioid crisis by aggressively marketing its painkiller OxyContin. As reported by the US Centers for Disease Control and Prevention, more than 400,000 people have died of an opioid overdose in the U.S. since 2000.

Purdue’s bankruptcy assets are currently valued at about $3 billion pledged by the Sackler family. Federal prosecutors asked Purdue for $8 billion in damages in a bankruptcy filing earlier this year for its role in the opioid crisis. Several attorneys general, led by New York Attorney General Eric Schneiderman and New Jersey Governor Chris Christie, opposed the bankruptcy plan and demanded that the Sakklers contribute more.

Factors that may Hinder Drug Rehab Program from Working

A Pet's Death Could Trigger Mental Health Issues In Children

A Pet's Death Could Trigger Mental Health Issues In Children