A Pet’s Death Could Trigger Mental Health Issues In Children 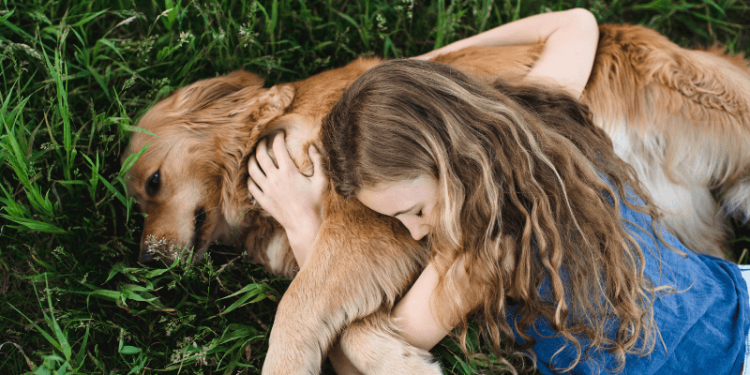 For most kids, pets are usually the best friend they can have since they help them learn responsibility. Also, it feels good when children bond and cuddle with their furry animals. However, since they lack a long lifespan, their sudden death may cause mental health consequences in children.

According to a recent study by the Massachusetts General Hospital (MGH), researchers discovered that a pet’s loss could trigger mental health issues like extended grief as they age.

The main reason is that many children rely on their pets to provide comfort relief when they experience challenging times. Therefore, due to the strong bonds created together as they grow, a pet’s death can trigger mental health conditions.

Also, researchers found that a pet’s death can cause depression in kids for three or more years. According to the study, the most mentally affected seemed to be male kids since they tend to build stronger relationships with pets more than females.

Therefore, parents or caregivers should carefully consider their kids’s grief while ensuring they support them, which might take some time before they fully recover.

If grief causes mental conditions that last longer than expected or interferes with their daily activities, parents are advised to seek professional medical health support.

What Parents Need to DO about Pet’s Death

Pets are part of family members, so parents need to be serious while addressing their kids regarding their death.

For instance, children under five years generally tend to believe death is reversible, so it’s crucial to understand that the pet will not return after death.

Additionally, kids who experience the first death loss without such knowledge while their brains are still developing will most likely have a severe impact. Therefore, parents should be aware of this issue and be ready to ensure they understand the death concept while still young to avoid severe future consequences.

While discussing a pet’s death with their children, they should ensure they practice honesty, accuracy, briefness, respect, and empathy.

Additionally, sympathetically explaining the loss of a pet to a child, such as telling them they have nothing to do with the death, can help ensure the loss is slightly less upsetting and elevate their spirits. Parents should allow their kids to express their concerns and feelings while assuring them that it is not their fault for the pet’s death and that the distressing feelings won’t last forever.

Most significantly, kids need to realize that while the pain will disappear after some time, the memories of their pets will last forever.

Final Thoughts from the Recover on A Pet’s Death

Since children’s needs are sensitive, parents and caregivers should always provide full support during a pet’s death incidence.

Such support measures could create positive perceptions regarding loss and grief in future incidences. Sometimes, a child may experience prolonged grief symptoms such as bowel or bladder movement disruptions, changes in sleeping habits, sleeping problems, interference of their daily activities, among others. In such cases, ensure you seek mental health professional support at a rehab center near you for immediate treatment.

Doing so will prevent severe mental health disorders from occurring, which might interfere with their regular health and well-being as they develop.

Recover From Addiction without Disrupting Daily Life in Orange County

Recover From Addiction without Disrupting Daily Life in Orange County