by Shannon Werner
in Featured
5 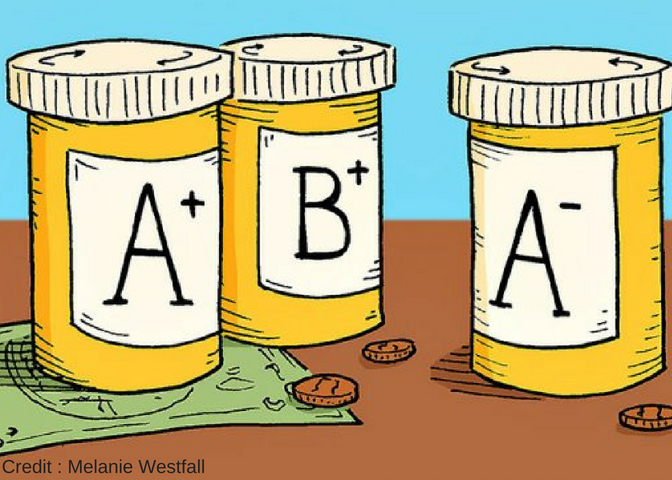 A new study suggests college students looking for a leg up in their academic game have been wasting their efforts by using the ADHD medication to boost their concentration and actually impair their function further. College campuses have been overwhelmed with the illicit use of the attention deficit hyperactivity disorder medications and it may be for naught.

Undiagnosed patients using the medication are looking for heightened relationship within reality to strengthen the brains ability to think under stress. Heightened stakes call for top performance to stay on top of the competition. This has become a common practice within top colleges, and a study conducted in 2016 found that 15% of University of Oxford students were using pills to stay competitive. In 2014, 18% of sophomores, juniors and seniors at Ivy League colleges knowingly used stimulants and 24% of those admitted to using them on 8 or more occasions.

Researchers at the University of Rhode Island and Brown University study co-investigators Lisa Weyandt, professor of psychology and a faculty member with URI’s George and Anne Ryan Institute for Neuroscience, and Tara White, assistant professor of research in behavioral and social sciences at Brown University were not expecting the results they found.

“We hypothesized that Adderall would enhance cognition in the healthy students, but instead, the medication did not improve reading comprehension or fluency, and it impaired working memory,” White said. “Not only are they not benefitting from it academically, but it could be negatively affecting their performance.”

Outcomes of the new research study, released last month in the journal Pharmacy reveal that the standard 30 mg dose of Adderall did enhance attention and focus– a common arise from a stimulant– however that result failed to mean better efficiency on a battery of neurocognitive tasks that determined short-term memory, reading comprehension and fluency.

Lisa Weyandt has a theory about why working memory would be negatively impacted by the medication. Brain scan research shows that an individual with ADHD typically has less neural activity in the regions of the brain that manage executive function– working memory, attention, self-discipline. For people with ADHD, Adderall and comparable medications increase activity in those areas and appear to stabilize functioning.

“If your brain is functioning normally in those regions, the medication is unlikely to have a positive effect on cognition and my actually impair cognition. In other words, you need to have a deficit to benefit from the medicine,” Weyandt said.

Study participants reported a significant mood elevation when taking Adderall, as well as increased blood pressure and heart rates. “They are subjecting themselves to physiological effects but do not appear to be enhancing their neurocognition,” Weyandt said.

“These are classic effects of psychostimulants,” said Tara White. “The fact that we see these effects on positive emotion and cardiovascular activity, in the same individuals for whom cognitive effects were small or negative in direction, is important. It indicates that the cognitive and the emotional impact of these drugs are separate. How you feel under the drug does not necessarily mean that there is an improvement in cognition; there can be a decrease, as seen here in young adults without ADHD.”

The researchers recruited students from both universities, removing people who had actually taken ADHD medications or other drugs. After extensive health screenings, 13 students took part in 2 five-hour sessions at White’s laboratory at Brown and at Memorial Hospital in Pawtucket.

In the double-blind research study, where neither researchers nor participants knew who was getting the placebo and who is receiving the study medication, each student was given Adderall in one session and the placebo in the other. This permitted the researchers to see the impacts of the medication vs. placebo in people throughout the group.

This new research was published to hopefully educate those entering into universities this coming fall from using the ADHD medications and developing a stimulant dependency. Many methamphetamine addicts had their first taste of stimulants with childhood medications for attention deficit disorders or using others medications while in school.