by The Recover
in Featured
189 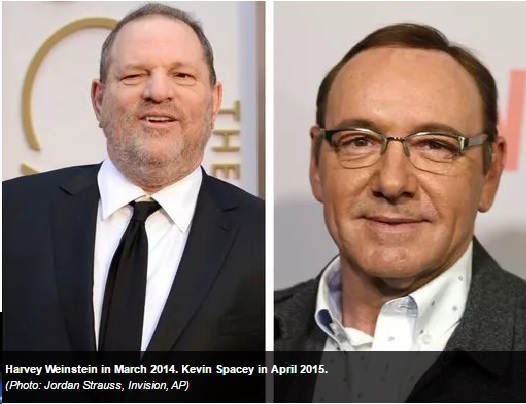 Harvey Weinstein, Kevin Spacey, Tiger Woods. Their public mistakes have caused them to cry for help for a condition that technically doesn’t exist.

Some things to know about sex addiction. First, a large amount of research suggests compulsive sexual behavior affects between 3 and 6 percent of the US Population. Celebrities who often blame their behavior on the condition probably don’t have it, therapist explain. As it is not featured in medical literature, it’s hard to keep track of the mounting number of treatment centers is a grey area lacking in formal clinical protocol.

According to the Diagnostic and Statistical Manual of Mental Health (DSM), there is no reference to sex addiction or compulsive sexual behavior. The DSM is the definitive guide to mental health disorders, so as a result, this makes diagnosing the behavior much more difficult – and especially challenging to tell legitimate doctors from frauds.

In the 1980’s, sexual addiction became defined as a condition where people lose control around sex, or use it as a way to distance themselves from real life, similar to gambling or drinking. Even with the growing accord that sex addiction is an actual clinical disorder, the medical community is having a hard time proving its real.

In the meantime, people suffering from actual mental illnesses, ranging from depression to schizophrenia, can show sexually aberrant behavior. And then of course there is simply the poor judgment, heightened by drugs and alcohol, that is not attributed to any psychological disorders.

The lack of definitions in the DSM, and the International Classification of Diseases then becomes a problem. Because a lack of proven scientific facts, much of what passes for therapy for sex addiction is unregulated by either government agencies or insurance companies. When there’s no diagnostic code associated with sex addiction, no insurance will pay for it.

This doesn’t stop the growing number of facilities from catering to self confessed sex addicts. There are now 1,500 meetings of Sex Addicts Anonymous happening every week in the US. There are 2,500 “certified” sex addiction therapists in the country, an increase from 900 in 2010. That year, Tiger Woods, and Jesse James were in the spotlight for seeking help for their sex addiction. Then the sexual recovery institute in Los Angeles saw its caseload grow 50%.

Robert Weiss, a 20 year therapist who founded the Sexual Recovery Institute, sex addiction is not defined by the amount or type of sex an individual has, but how it affects the person. Sex addiction can be someone who watches pornography, or seeks out casual encounters or prostitutes compulsively, and which point it starts to interfere with their families or employment.

Weiss’ Sexual Recovery Institute closed in 2015, but he says many of his clients have had their entire lives disrupted by their so called condition and almost all have experienced some sort of trauma early in life. He says to treat that, patients needs one on one sessions with a psychiatrist or therapist, and it doesn’t come cheap. And many rehabs do not provide that type of treatment.

“The folks that I work with…. they seek the intensity around the search for sex in order to escape emotional challenges and stressors. Just like people drink,” he said. “It’s very much like compulsive gambling.”

“Some of the most expensive recovery centers in the U.S. essentially did one thing, which was 12-step recovery,” said Dr. Lloyd Sederer, chief medical officer of the New York State Office of Mental Health. “They surround it with fine meals, equine therapy, but that’s basically what it was. And we know that that’s not enough.”

2015’s The Business of Recovery, a documentary about treatment facilities, makes a bold claim, arguing that the many purveyors of addiction treatment are doing little more than selling false hope to people who are desperate. the $35-billion-a-year industry for treating substance abuse showed that many addiction treatment centers do not hire licensed medical staff and don’t offer extensive treatment beyond a souped-up version of the 12 steps. The 12-step system, a free, and well known method of total abstinence used by groups like Alcoholics Anonymous and Narcotics Anonymous. It’s been shown to be minimally effective for the majority of substance addicts, and more than 90 percent will relapse at some point in their treatment without additional help.

The 12 step program is free when addicts attend them in their neighborhoods. Inpatient rehab centers cost from $25,000 – $40,000 a month according to The Buisness of Recovery. The American Addiction centers, a network of 30 inpatient & outpatient clinics, had an operating revenue in 2013 of $115 million, the year before it went public. In 2016, the number more than doubled at $270 million, the American Addiction centers offers information on sex addition but does not specifically say it treats the condition.

For disgraced movie mogul Harvey Weinstein, the treatment center he entered in Wickenburg, Arizona, The Meadows, costs $37,000 a month. His treatment includes expressive arts therapy, nutritional consultations and equine therapy, along with group and individual sessions.

“I’m not saying yoga and massage and horse riding is not helpful, but it’s not treatment,” Weiss said. “Treatment is very rigorous work that involves group work, and sessions, and discussions, and contracts. It is hard work.”

Weiss believes many well known treatment centers are more concerned with turning a profit than investing with the correct staff to help patients recover.

“I’ve been with companies that would rather hire 50 salespeople to run around the country selling programs than hire 50 therapists,” he said.

So for a person who’s suffering, how do they make sure they’re finding real help? The New York State Office of Mental Health wants you to ask these questions before committing to a treatment.

Weiss recommends finding a therapist licensed by the International Institute for Trauma and Addiction Professionals,  a body of professionals founded by Dr. Patrick Carnes, who was the first to describe sexual addictions over 30 years ago. When it comes to treatment centers, “there are five treatment centers in the country who know what they’re doing with sex addiction”, he says.

If it really is a sex addiction that is the problem at hand, someone suffering should look for treatment beyond a 12 step program and be prepared to pay, Weiss says. “When you have a complex psychological challenge that insurance doesn’t pay for, you’ll only get care if you have money.”

The Recover covers drug addiction in the news and recovery information.