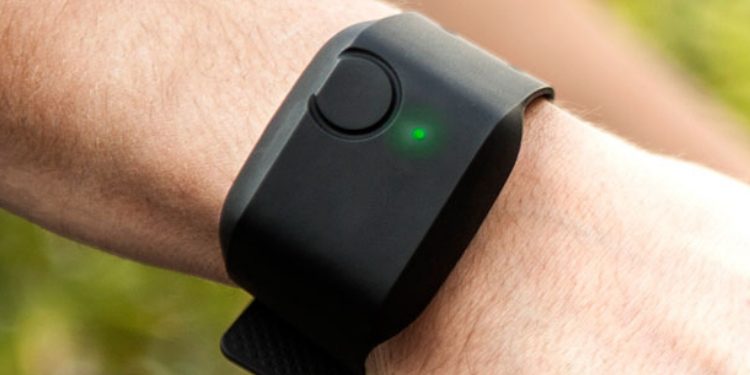 One hundred fifteen people died each day in 2018 from an opioid overdose in the United States in 2018, a fact that has brought forth a public health crisis that has affected the whole country. Many resources are being explored on how to battle this issue, and one recent device may save lives — a simple wearable watch that detects overdoses among people addicted to the powerful and deadly opioid painkillers.

Multiple tech companies have been teaming up with health experts to research how devices similar to current smartwatches and bands could track specific health measures that may indicate an opioid overdose. Carnegie Mellon University students developed a design that does just that. The “Hope Band” can sound an alarm, flashing red lights, and send out a text message alert with the wearer’s current location if it detects low blood oxygen levels. The early alert could give enough time for the people to administer life-saving naloxone and reverse the life-threatening overdose

Rashmi Kalkunte, a software engineering student at Carnegie Mellon University in Pittsburgh, explained “Imagine having a friend who is always watching for signs of overdose; someone who understands your usage pattern and knows when to contact [someone] for help and make sure you get help, that’s what the HopeBand is designed to do.”

The epidemic has sparked numerous companies and university to study possible technological solutions. Experts from the MIT-IBM Watson Al Lab started to use machine learning techniques to analyze patterns in opioid addiction and usage that could change how the prescribing of opioids are handled.

The report states the FDA has recently selected eight medical devices from among more than 250 applications for its innovation challenge regarding the opioid issue. The methods range from carefully controlling the dispensing of opioid prescription to decrease the risk of possible addiction. While the other stimulates the brain with magnetic fields to treat opiate addiction or offer other forms of physical therapy and virtual reality therapy.

However, one medical device the FDA selected hopes to help detect the early stages of an overdose, just as the HopeBand does. The design developed by Masimo Corporation is more of a monitoring system for a hospital-based setup for people who must be bedridden and take a painkiller after surgery or other medical reasons.

That’s what sets apart the Carnegie Mellon University team’s focus on a cheap wearable device to track the health of people wherever they go, just like apple monitors heart rate. Pinney Associates, a pharmaceutical consulting firm approached the students regarding a mobile solution. After they began developing their efforts won them third place in the finals of Robert Wood Johnson Foundation’s Opioid Challenge during the Health 2.0 Conference in Santa Clara, Ca.

The science behind their invention is based on Pulse oximetry sensors can monitor the oxygen levels in the blood by shining light from LEDs through the skin and detecting changes in the light absorption. When or if the oxygen levels drop below a certain level indicating a possible overdose, the device will monitor the situation for 10 seconds before sounding the alarm Although the team still faces a tough obstacle in validating whether or not the HopeBand works in detecting overdoses with real people.

“The challenge is that we cannot just test the device on a human subject,” says Puneetha Ramachandra, a master’s degree candidate in software engineering at Carnegie Mellon. “We have been able to test it in our lab on simulated inputs, and the tests look good so far.”

Hopebands will be freely distributed among opioid users through needle exchange programs such as Prevention Point Pittsburgh. If the team’s plans succeed, a commercialized and patented version could eventually begin selling for around $16-$20.

“Our solution, at the moment, only focuses on preventing overdose deaths,” Ramachandra says. “We do plan to incorporate more helpful features into our device in the future to aid in the addiction aspects of the problem.”