The Benefits of Using Tetrahydrocannabinol (Thc) and Cannabidiol (Cbd) Within Its Parameters. 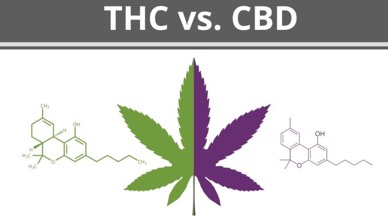 Cannabinol (which is commonly known as CBD) is mostly used to help people with common issues that they would typically go through on a day to day basis, which includes dealing with acne, anxiety, depression, and heart diseases. This drug can also be used to help treat Parkinson’s disease, schizophrenia, diabetes and also various types of cancer, the effects of this drug do not stimulate the mind like tetrahydrocannabinol (which is known as THC).

On the other hand, THC also treats the same conditions as CBD does, however, THC is most commonly known to help cancer patients as it helps destroys cancer cells and slows down the growth of tumors.

The usage of CBD can help young children with their ongoing cancer treatments and has been known to prevent seizures for children that have epilepsy. The compound also can also be used to help older household dogs with their seizures, nausea, stress, anxiety, arthritis, back pain, symptoms of cancer, and gastrointestinal issues that these animals deal with when progressing in age.

THC and CBD are really useful in today’s healthcare society, with THC being psychoactive which would stimulate one’s mind and as well as having the same effects as CBD, which is not is considered to be psychoactive.

Across the United States, marijuana is legalized in ten states which means it is allowed to be used recreationally, with nine other states having it legalized but only for medicinal purposes (only allowed to use if a medical marijuana card is prescribed by a local doctor) and it is decriminalized in those states as well, fourteen states have marijuana legalized for medicinal purposes but it is not decriminalized, and that leaves seventeen states that have labeled marijuana as completely illegal and if a bystander were to be caught with such drug they, there would be consequences to be paid, depending on the state’s laws and regulations.

Although marijuana can be considered as a “gateway drug” which can lead to other drugs, CBD is found in many strains of marijuana, as well as THC which is found in almost every strain.

All in all both marijuana that has both CBD and THC in it is considered “God’s gift” while others like to believe it is the “Devil’s Cabbage” regardless of the proven benefits to those who suffer from terminal illnesses as well as non-life-threating diseases. While most states in the U.S. have deemed marijuana as an illegal drug, many fully argue it is a plant that naturally grows in Earth’s soil.