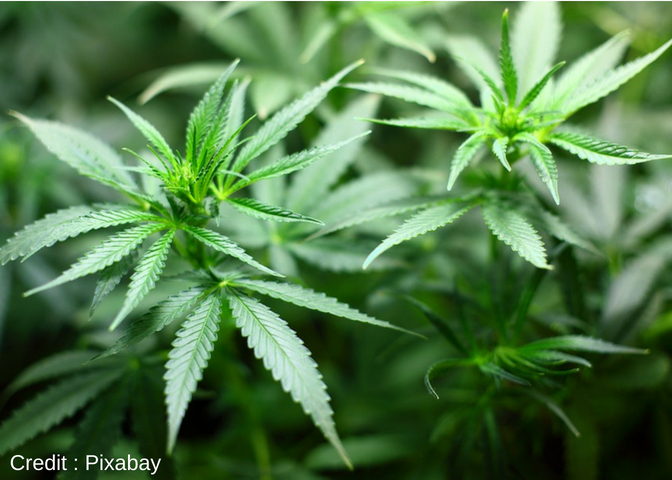 Antidrug educators have always sold marijuana as a gateway drug leading curious drug users into more dangerous waters and eventually harder drugs. Education campaigns began entering grade schools to try and ward off inquisitive young adults from dabbling in marijuana use because eventually, you were exposed to other people who would offer harder street drugs and down the rabbit hole they fell. This warning always took away from a person’s personal accountability and self control, and now more experts agree that there are many factors involving what it takes to try other illicit drugs.

Multiple studies have shown the opposite in fact, that weed may help people with current addictions to stop taking the other drugs, rather than start. This isn’t to dispel truths that most heroin users didn’t start with heroin, as a marijuana smoker is 104 times more likely to use cocaine than someone who didn’t smoke marijuana. But other correlations come into play when dealing with illicit drug use and hard core addiction.

More than half of all people with addiction have an additional psychiatric disorder, or dual diagnosis. Most drugs do not cause psychiatric problems, and adults with substance abuse disorder tend to have emotional and behavioral issues that were present as early on as preschool, which suggests genetic or environmental risks. Childhood traumas increase these risks, and those who had negative childhood experiences were at a 700% increased risk of alcoholism, and smoking risks are quadrupled, compared to children with none.

Economics come into play more often than not, as the poor are at risk to addiction issues much more likely than the middle class. Socioeconomics have shown that someone making $20,000 a year is three times more likely to develop a heroin addiction than someone accruing $50,000 a year or more. These numbers are similar with other substance abuse disorders as well.

When someone is stressed they are more likely to turn to a stress reliever, or something that takes them out of head full of troubles. Studies in mice showed that when mice were offered marijuana or the THC in it, they did not respond. The THC had to be injected because they could not physically smoke the herb on their own. Most of the test rats did not like the THC, and unlike cocaine or opioid tests, the rats would happily press levers to receive the doses of the harder drugs. A separate study with monkeys that were forced to take marijuana saw heroin as a less attractive and rewarding experience than marijuana. Monkey models are seen as a closer test subject to humans than rats are.

Multiple factors around an adolescents first time drug use need to be considered, instead of heading a witch hunt around the sometimes one and only comparable components. Keeping a person healthy and happy will be the deciding factor if they are able to abstain from illegal drug use. Strong and maintained mental health, minimal economic and mental stressors and lower childhood traumas early on in life can ensure a developing young adults decision making skills will be as enlightened as possible.