The Many Faces Of Oxycodone 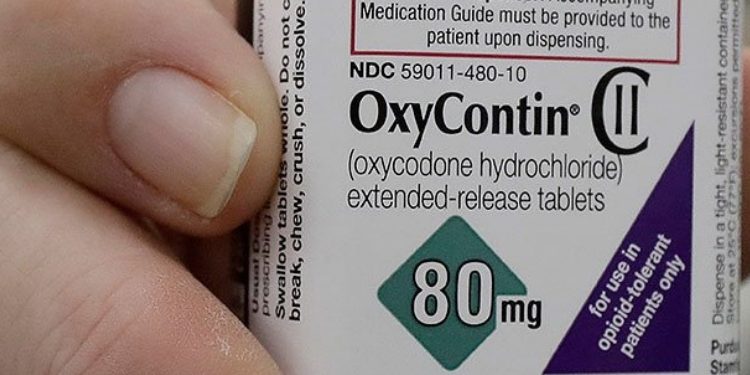 Addiction to opiates was once seen as remote and exotic, more likely to appear in the reels of a Quentin Tarantino film than in American life. That changed after the release of a new form of easily-abusable Oxycodone called OxyContin, and dependence on opiates has since become a dark staple of the modern American experience. The rise of Oxy in America is a story of corporate greed dovetailing with governmental incompetence, and the result has been a human tragedy.

The idea of addiction as an inner-city woe affecting poor, predominantly minority communities disintegrated after OxyContin hit the market and exploded in popularity, reaching into affluent homes, middle-class suburbs and big cities with a force and speed that belied its tranquilizing effects. It originated in America’s rural and manufacturing heartland and spread outward like a contagion. Aided by the national psychic trauma of two long, disastrous military campaigns in the Middle East and the ambivalence of a changing, faltering economy, addiction to opioids moved relentlessly across the country. Amidst financial mismanagement and partisan gridlock in Washington, The Great Recession ushered in a new era where once thriving middle-class communities began to lose meaning and purpose in a society that no longer seemed to value them. The promise of the American Dream had disappeared for many, leaving people adrift in a crisis of trust in our most basic institutional ramparts.

Out of this uncertainty emerged a craving for a feeling like hope.

Death by sedation drifted into our collective consciousness in the form of videos of crying children pulling at unconscious parents in the aisles of Walmart, of mothers slumped over in their idling minivans outside fast-food drive-through windows. A cell phone recording of a man keeling into the center of a metro bus going viral, and scoops on the local evening news of overburdened undertakers filling up morgues and being forced to store the cadavers of overdose victims in refrigerated vans. Hospitals with entire wings newly devoted to treating infants born addicted to opiates.

As New Jersey Governor Chris Christie put it, it’s like a new 9/11 is happening every three weeks. For the first time, the life expectancy of white populations in the United States staggered and fell due to this single terrible variable: overdose. There was a sense in the social sciences departments of universities that what was happening reflected the malaise of Western Civilization itself.

To Be Continued: Part 1 of 3 Series