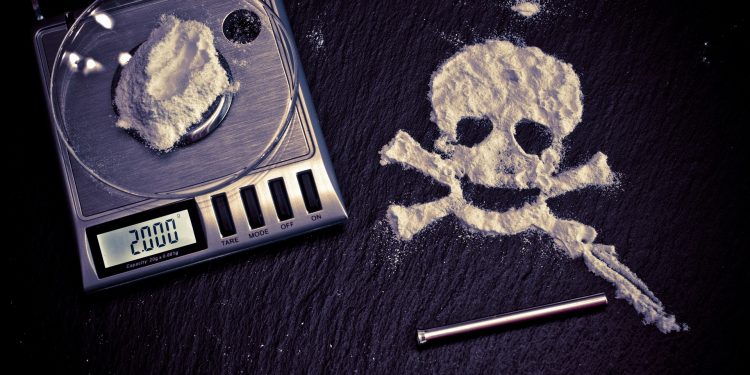 New Jersey has been under the spotlight when it comes to opioids and marijuana reforms. Many people have turned a blind eye to another street drug that creates human zombies. The reality of addiction is never-ending, and the rise of Methamphetamine isn’t either.  Methamphetamine has started to gain a moment due to all the attention being on synthetic opioids, creating an even bigger situation for law enforcement. The traditional P2P (1-phenyl 2-propanone) method of manufacturing Methamphetamine, also called phenylacetone, is the most commonly used in New Jersey.  OMGs, traditional organized crime groups (e.g., IOC), and teenagers and young adults at raves control methamphetamine distribution in New Jersey.

People who attend drug treatment facilities in New Jersey infrequently report the drug as an abused substance, making it almost impossible to obtain. Law officials have claimed that the type of people using the drug has shifted dramatically within the state. Police usually found older individuals using meth rather than the young, that has changed. The reason is that Methamphetamine is more available than it has ever been in New Jersey, but remains a low threat compared to the other drug issues in the state.  According to drug intelligence sources, organized crime and the popularity of raves contribute to an expansion in methamphetamine availability. Some user in New Jersey has reported that they ” accidentally purchased the drug after being told it was molly or MDMA.

Since the amount of methamphetamine users increases in New Jersey, violence and psychotic incidents will likely increase as well. For example, Long-term methamphetamine addicts frequently display paranoia, experience hallucinations or mood disturbances, and tend to lean towards violence. Experts explain that when the  euphoric effect begins to decline, the user enters a stage  known as” tweaking.” Typically, when a person has entered this stage, they become incoherent and zombie-like. When a person is acting like this law, enforcement approaches the situation very slowly. Officers are trained to stay 7 to 10 feet away from the user because walking closer could be taken as threatening. Deputies also are instructed not to flash bright lights at the user, who could become violent if blinded and confused.

Methamphetamine is synthesized from precursor compounds, unlike most other generally used controlled substances.  Typically, Methamphetamine producers use one of three precursors: Ephedrine, pseudoephedrine, or P2P. According to experts, Ephedrine and pseudoephedrine are alkaloids that can be extracted from Ma Huang, the ephedra plant, or manufactured from other mixtures.

New Jersey is surrounded by the perfect entryways allowing gangs and other drug smugglers to transport Methamphetamine to New Jersey from the Southwest Border. Usually, the drugs are carried in tractor-trailers, private vehicles, or airmail parcels routed through express mail services. It is also common for law enforcement to encounter private cars or commercial tractor-trailers traveling on Interstates 95, 80, 78, and 76 directly from production sites in states such as Pennsylvania going to New Jersey.  In some cases, Methamphetamine is transshipped through the state destined for Pennsylvania and Texas.