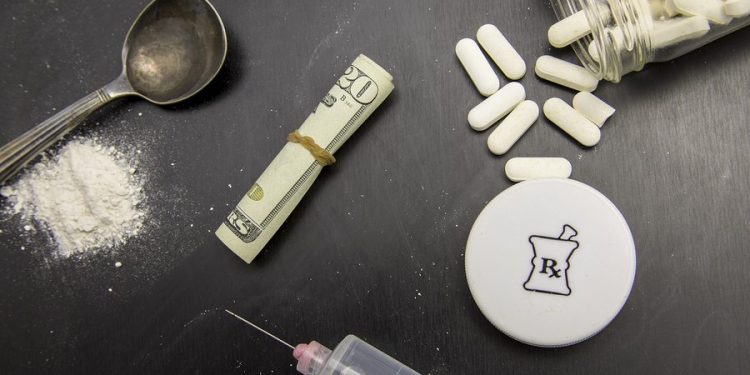 As the war on synthetic opioids still rages on, fentanyl continues to take the lives of thousands. New Jersey is a state with one of the highest overdose rates in America, according to their state census report, At least 3,163 people died of drug overdoses in New Jersey in 2018.  More than the number of people killed by the flu, homicides, car accidents, and suicides in 2016, combined. In their efforts to combat the increasing number of deaths, New Jersey has guaranteed hundreds of millions of dollars to a Narcan, an opioid overdose antidote, which saved more than 15,000 lives last year alone.

However, even with the amount of people saved, in 2018, New Jersey’s drug death toll established a record for the fourth state year. The state also stands at an amount four times higher than it was a decade ago, according to the state Attorney General’s Office. The past of rapid incline has been happing since 2013, fentanyl and other synthetic opioids were connected in just 3.5% of New Jersey drug deaths. Whereas, in 2017, it was responsible for nearly 1,400 dose deaths, or about 50% of the state’s death toll and in 2018 showed even higher numbers.

As investigators began to analyze the data, they noticed it was at first contained to a specific part of the state,  like Ocean, Atlantic or Camden, yet 19 of 21 counties have recorded their drug overdose death rate to double since 2012.  Fentanyl is labeled as a very high risk of addiction and dependence. The powerful synthetic opioid was initially manufactured for severe pain, cancer, or other chronic illnesses that do not respond to other pain medications, like morphine or Norcos.

The number of drug sentences in New Jersey is lower than the national average; however, cocaine and heroin represent 77 percent of the total charges in the state. Despite, the fentanyl crisis taking over the Garden state, Heroin drug sentences are 30 percent higher than all federal sentencing case, making it the most commonly abused drug in the state behind Fentanyl. Many drug users are not aware they are consuming the synthetic odorless and almost invisible substance, because manufacturers will cut other street drugs to deliver a more potent high, and also create more profit, in the end, many overdose as a result.

New Jersey is known for its busy seaports, two international airports, and miles of highways, becoming a key element in drug trafficking activities. The city lies close to significant distribution regions like New York City and Philadelphia, making the state an important part in drug trafficking. Most of the illegal substances enter the state through private cars, planes, cargo ships, and parcel delivery services.

Doctors warn patients that the use of fentanyl can cause respiratory distress and death when taken in high amounts or when combined with other substances. As the war on drugs continues, so does New Jersey fight with fentanyl, 2019 reports have not yet been released; however, the state office determines a slight drop.

If someone requires assistance with drugs or alcohol The Recover, national helpline is available at (888) 510-3898
The Recover is an unbiased substance abuse and mental health news provider. Helping individuals looking for the right treatment programs in their area. Also providing information on drug rehab centers for addiction recovery.