by Jason M
in Featured, other, Resources, Treatment
0 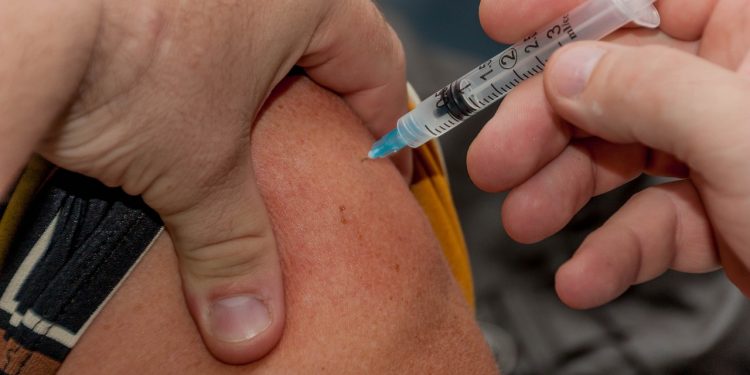 Mounjaro™ (tirzepatide) injection is FDA-approved as an adjunct to diet and exercise to improve glycemic control in adults with type 2 diabetes mellitus. If you are considering taking the drug Tirzepatide, you probably already know that it is a dual glucagon-like peptide-1 and glucose-dependent insulinotropic peptide receptor agonist. This medication is also known to lower cholesterol levels and triglyceride levels. However, this drug is not without its risks. It has been linked to several adverse effects, including hypersensitivity reactions and thyroid C-cell tumors.

This diabetes medication acts on both the glucagon-like peptide1 and the glucose-dependent insulinotropic peptide1 receptors in the pancreas. It has been approved by the FDA for use in type 2 diabetes. However, it is not without its own set of side effects.

Tirzepatide has an unfavorable safety profile. The drug is associated with several adverse events, including decreased appetite, nausea, constipation, and diarrhea. The study was designed to assess the safety and efficacy of tirzepatide. During the clinical trial, it was shown to reduce HbA1c levels in adults with type 2 diabetes. The drug was compared to a placebo, the GLP-1 receptor agonist semaglutide, and two long-acting insulin analogs.

The structures of dual agonism highlight the crucial interactions at a molecular level. For triple agonism to be effective, glucagon function must be retained in addition to GLP-1 function. Moreover, these findings also provide insights into the structural basis of functional versatility.

The results of the trial showed that tirzepatide reduces HbA1c levels to 5.7%, a level considered non-diabetic. The drug also reduced body weight significantly. Furthermore, it reduced HbA1c levels more effectively than semaglutide or titrated basal insulin. However, tirzepatide is associated with adverse effects similar to those associated with other GLP-1 RAs.

Tirzepatide is a dual GLP-1 and glucose-dependent insulinotropic ectoenzyme (GIP)-1 receptor agonist. It binds the GIPR, GLP-1R, and GCGR receptors. These agonists have superior efficacy over monospecific peptides.

The drug has high potential in both T2D and body weight control. However, further data from a Phase 3 clinical trial program are required to determine the drug’s future course.

It Lowers Cholesterol and Triglyceride Levels

Researchers have found that the drug, called tirzepatide, lowers cholesterol and triglycerides. In studies, the drug reduces a patient’s LDL cholesterol by an average of 24 percent compared to placebo. However, its effects on lipids may be modest and should be viewed in the context of other key metabolic effects, including weight and hemoglobin A1c.

In one Phase 2 study, tirzepatide reduced triglyceride levels, body weight, and HbA1c. In addition, lipidomics profiling was conducted to understand how tirzepatide affects fasting serum lipids. The study included patients randomized to TZP or dulaglutide, or to a placebo. Patients were evaluated using positive electrospray TOF mode and lipidomic analysis.

The drug is given once weekly via subcutaneous injection. It has a 5-day half-life and is available as a prescription medication. It is sold under the brand name Mounjaro(tm) and has been tested in several clinical trials.

One of the most important precautions for the use of tirzepatide is to monitor patients for any signs of hypersensitivity to the drug. This drug can cause severe hypersensitivity reactions, and should be avoided by individuals with a history of severe reactions to other GLP-1 receptor agonists. Symptoms can include trouble breathing, swelling of the tongue and lips, and abdominal discomfort. People with gastroparesis should not take this drug, and it should be avoided by people with liver disease.

This drug is a GLP-1 receptor agonist, which stimulates the GLP-1 receptors in exocrine duct cells and pancreatic beta cells. The use of this drug can cause severe GI and liver side effects, including acute and chronic pancreatitis.

It is administered by subcutaneous injection (SUBQ) in the upper arm or thigh. It is recommended to rotate injection sites to prevent hypersensitivity reactions. It is not recommended to mix this medication with insulin or other injectable products. To avoid needle stick injuries, dispose of used injection pens in a sharps container. Another safe puncture-resistant container is an empty laundry detergent bottle. Keeping these containers out of reach of children and pets is another way to protect yourself from needlestick injuries.

In studies of pregnant rats given twice-week subcutaneous doses of tirzepatide, it was associated with increased malformations, reduced fetal weights, and decreased body weights. In addition, some rats were killed by fetal demise, and the drug significantly decreased the mother’s body weight and food consumption.

It May Cause Thyroid C-cell Tumors

This drug increases the production of insulin by the pancreas. It is a 39-amino-acid linear polypeptide that has been chemically modified to improve its bioavailability. It is given to patients via subcutaneous injection once a week. However, tirzepatide has been linked to several serious side effects, including severe diarrhea, which can be life-threatening and require hemodialysis.

It is Very Uncommon To Cause Hypoglycaemic Episodes

Tirzepatide does not cause hypoglycemia (low blood sugar). However, low blood sugar can occur when you use tirzepatide with other medicines, including insulin or sulfonylureas, that can lower blood sugar.

The most common adverse reaction of insulin therapy is hypoglycaemia. This condition occurs when the insulin dose is too high or too low compared to the insulin requirement. The drug is not usually dangerous unless it leads to severe hypoglycaemia and requires immediate medical attention. Symptoms of hypoglycemia may vary from mild to life-threatening and can be prevented if the symptoms are recognized early.

Hypoglycaemic episodes are life-threatening, and can cause neurological damage, especially if they last for a long time. In most cases, hypoglycaemic episodes are preceded by signs of adrenergic counter-regulation, with a greater decrease in blood glucose. Although immediate-type allergic reactions to insulin are uncommon, they can include generalised skin reactions, bronchospasm, and hypotension. Some patients may also experience changes in their vision or lense health, as a result of a marked change in their blood glucose levels.

If you are taking insulin for diabetes, you should regularly check your blood sugar levels and learn to recognize symptoms of hypoglycaemia. It is also important to avoid eating too many carbohydrates, drinking alcohol, or exercising too much. If you notice any of these symptoms, adjust your insulin dosage accordingly. This may include adjusting the injection site to prevent hypoglycaemia.

In animal studies, pregnant rabbits given subcutaneous doses of tirzepatide experienced effects on the gastrointestinal system. In some cases, these effects resulted in pregnancy-induced death or abortion. In addition, pregnant rats receiving 0.5 mg/kg of tirzepatide also experienced reduced body weight and food intake.